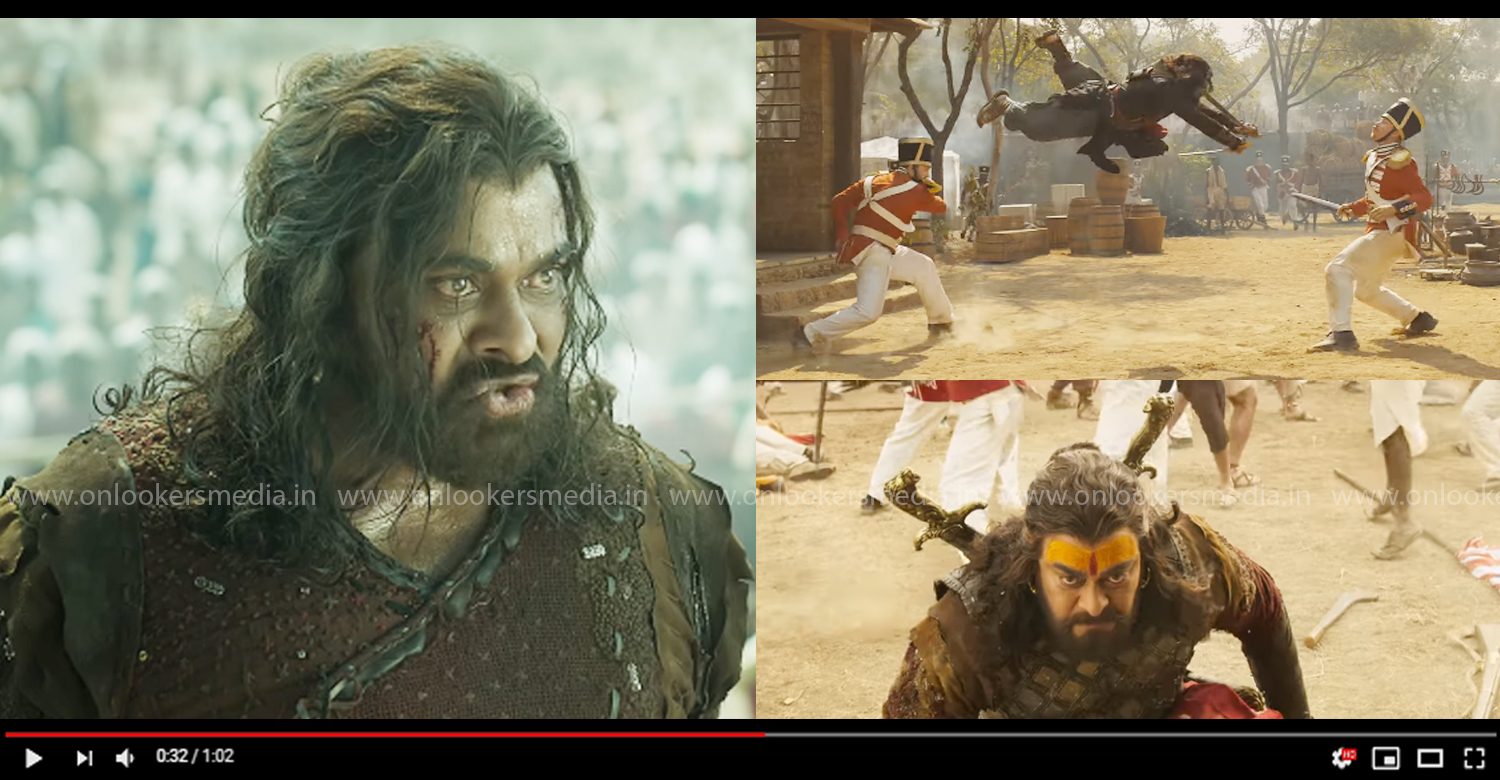 Check out this new trailer of Sye Raa Narasimha Reddy

As we get closer to the release date of ‘Sye Raa Narasimha Reddy’, the makers have been aggressively promoting the film. A new trailer was released online last day and it looks even better than the other one. The highly anticipated period film is also set to hit screens worldwide on October 2.

Sye Raa Narasimha Reddy’ is an epic period film directed by Surender Reddy. It is based on late freedom fighter Uyyalawada Narasimha Reddy, who fought the British valiantly much before the Sepoy Mutiny. He was eventually hanged to death by the British government.

Noted writer duo Paruchuri Brothers have written the story and Sai Madhav Burra has penned the dialogues. Screenplay is by director Surendar Reddy himself. Cinematography is handled by Rathnavelu and music is composed by Amit Trivedi. Veteran Sreekar Prasad is the editor.

The big budget film is being produced by Chiranjeevi’s son, actor Ram Charan under the banner of Konidela Production Company.