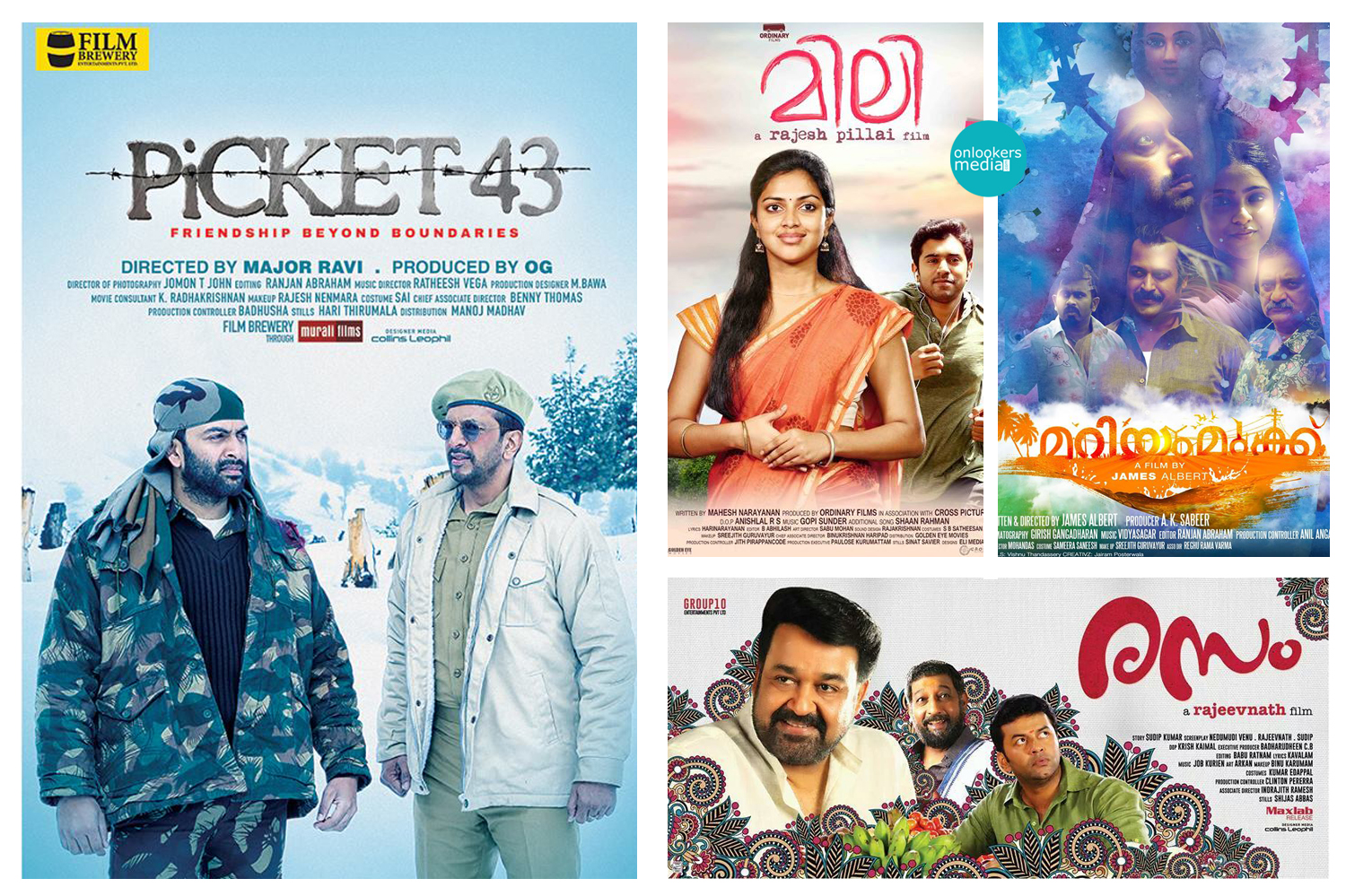 After a not so good 2014, Malayalam film industry really hoped to get a good beginning in 2015. But all hopes went in vain as there is only one success in this opening month and that too not a tremendous one. There has been 14 Malayalam films released in this year January and they are Sand City, Aakashangalil, 6, at once, Perariyathavar,Ellam Chettante IshtamPole, Ammakkoru Thaarattu, Mayapuri 3D, Villege Guys, Mariyam mMukku, Mili, Picket 43,Rasam, Mashithandu.

In this 14 films only picket 43 directed by Major Ravi and starred by Prithviraj sukumaran and Javed Jeoffry ringed the bells at box office and got to success status. Even though Rajesh Pillai’s film Mili got good critical appreciation, it reached the success level when we consider the financial level of things at box office. Most number of theaters in Kerala were occupied by other language films such Vikram-Shankar team’s magnum opus film I, Vishal’s Ambala, Akshay Kumar’s Baby etc and I had collected the maximum from Kerala more than any of the Malayalam film that got released this year.

Now there are some releases coming in this February and mollywood had high hopes in these films. They are Mega star Mammootty’s Fireman, Jayasurya’s Aadu OruBheekara Jeeviyaanu, Jayaram’s 200th film of his career Sir C P, sequel of evergreen hit film samrajyam titled as Son of Alexander and Aju Varghese starrer  Namsthe Bali. Apart from these Malayalam films there is also Ajith-Gautham menon team’s Tamil film Yennai Arindhal and Dhanush-K V Anand team’s Anegan also releasing in this month. Some Bollywood films also on its way to hit the screens this month.

Fireman and Aadu Oru Bheekara Jeeviyanu will release on February 6. Aadu Oru Bheekara Jeeviyanu is very important for Jayasurya as his last four films failed at box office. This film is the directorial debut of Script writer Midhun Manuel Thomas who penned down the script of last year’s success Om Shanti Oshana starred by Nivin Pauly and Nazriya.  Jude Antony Joseph was the one who directed that film.  Anyway Mollywood hoping that this February will bring good luck to it. The only fear for the industry this month is that, on February 14th  World cup Cricket will start and it may keep the spectators in their houses rather in theaters.