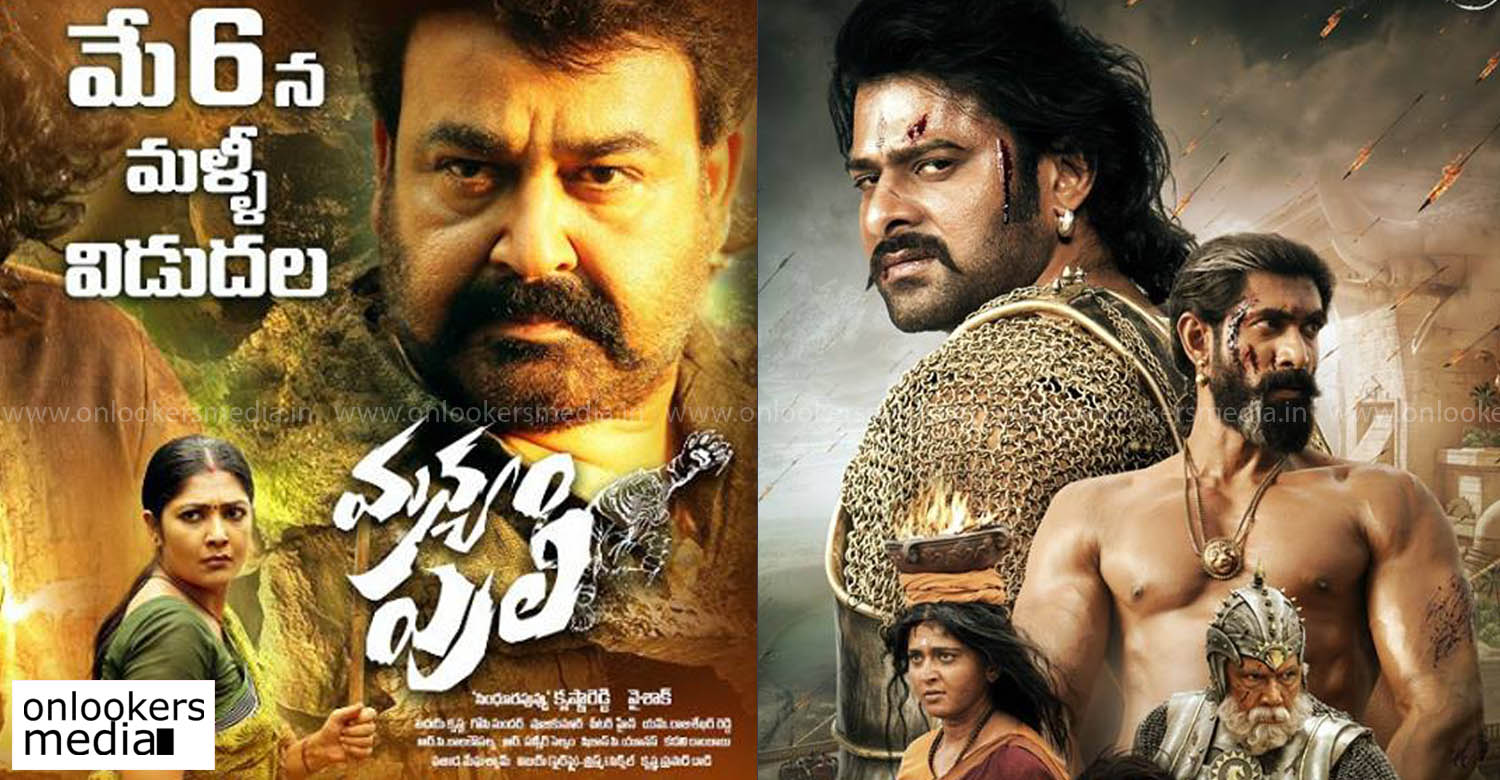 Manyam Puli re-released in 100 theatres amidst the Baahubali storm

Baahubali 2: The Conclusion, the second and final installment in the Baahubali franchise, has been creating waves all over the country. In the Telugu speaking states of Andhra Pradesh and Telengana, almost all the theatres are screening Baahubali 2.

Amidst this storm, the Telugu version of Pulimurugan- Manyam Puli has re-released on May 6. It was a a very ambitious move by the makers to release the movie during this time. Even then they have managed to get 100 odd theatres for Manyam Puli.

The movie had a grand release on Decemeber 2 last year in over 350 theatres in Andhra Pradesh and Telengana states. It was opened to overwhelming response from the Telugu audience and enjoyed a successful theatrical run of over 50 days. According to trade sources, Manyam Puli grossed over Rs 12 crores during it’s inital run from the Telugu states of Andhra Pradesh and Telengana. Latest collection reports after the re-release have not yet been made official.

Pulimurugan released last year is the highest grossing Malayalam movie ever. It had a theatrical run of over 150 days in the state while registering a business close to Rs 160 crores. Directed by Vysakh, this big budget action entertainer was produced by Tomichan Mulakupadam.

Rana Daggubati coming down to see Dulquer Salmaan’s new born baby girl
“It’s a great fortune for any actor to be part of a Mohanlal movie”, says Telugu actor Srikanth
To Top