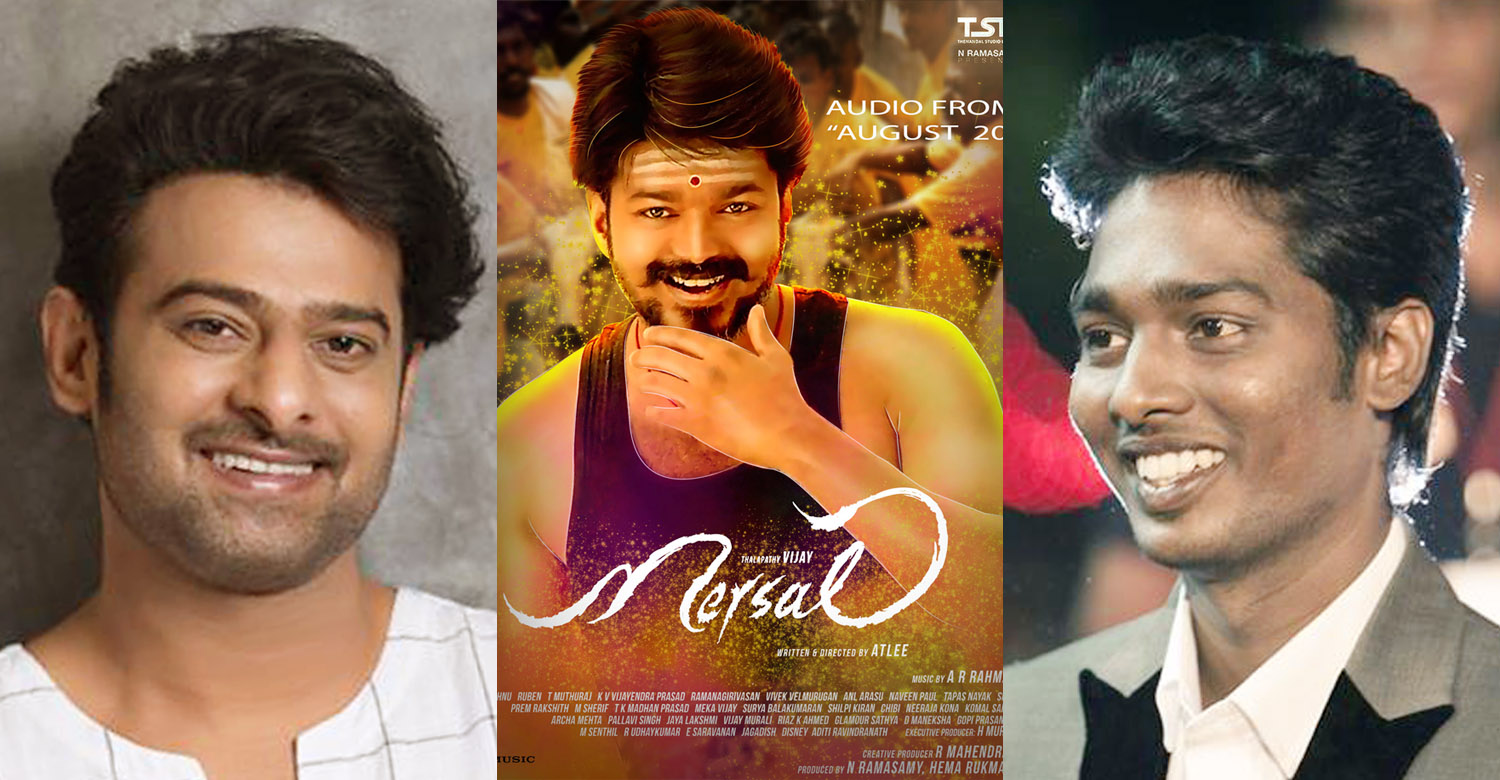 After Mersal, Atlee in talks for a Prabhas film!

Director Atlee is currently on a high after delivering the all-time blockbuster Mersal with Vijay. The movie is nearing the 100 day mark in theaters and is still being screened in a few centers in Tamil Nadu. It has already emerged as an industrial hit by entering the elite Rs 250 crore club. If reports are to be believed Atlee is currently in talks with ‘Baahubali’ star Prabhas for his next film.

Reportedly, Atlee approached Prabhas through Mersal’s co-writer KV Vijayendra Prasad, who has also scripted the Baahuabli franchise. Prabhas has shown interest in the Atlee’s subject after being impressed with the director’s previous films like Theri and Mersal. There is still no official confirmation about the project materializing as talks are still in the early stages.

With the blockbuster success of his all three films – Raja Rani, Theri, Mersal – Atlee has established himself as one of the leading filmmakers in Tamil cinema currently. A former associate of ace filmmaker Shankar, Atlee is known for his ability to helm big commercial films.

Meanwhile, Prabhas is busy shooting for Saaho directed by Sujeeth. It is a big budget film which has a plethora of actors from industries across the country. Bollywood diva Shraddha Kapoor is playing the female lead. Jackie Shroff, Neil Nitin Mukesh, Chunky Pandey, Mandira Bedi, Mahesh Manjrekar, Tamil actor Arun Vijay, Lal and Tinnu Anand are playing prominent roles in the movie.

Following the phenomenal success of Baahubali, Prabhas has become a nationwide sensation. To cash in on his huge popularity, the makers are planning to release Saaho as a trilingual in Telugu, Tamil and Hindi languages. Vamsi Krishna Reddy and Pramod Uppalapati are jointly funding this film under the banner of UV Creations. The movie is expected to hit screens by the end of next year.

Padayottam: Biju Menon’s next is with the makers of Munthirivallikal Thalirkkumbol
Mammootty plays a negative role in Uncle?
To Top