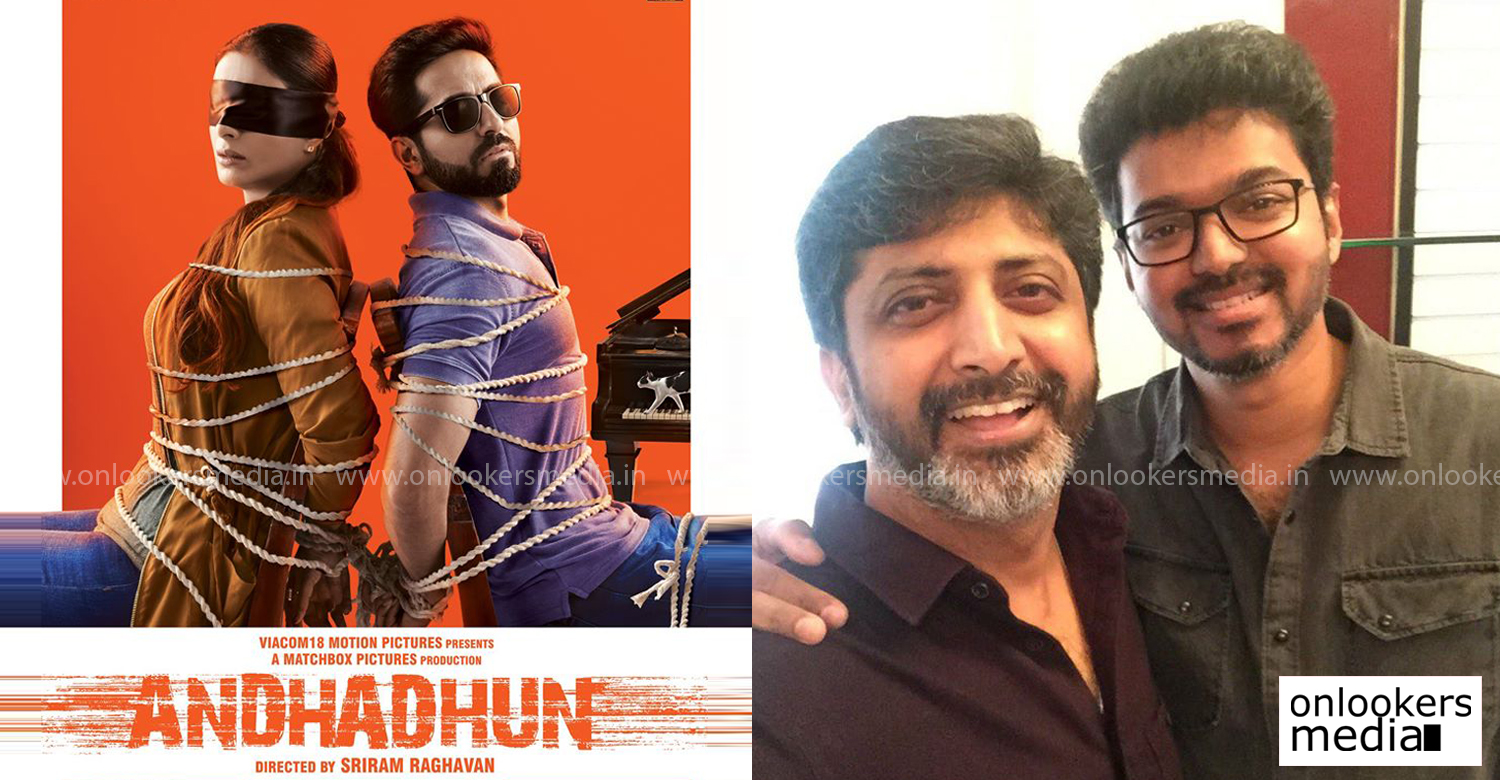 As reported by us earlier, Sriram Raghavan’s black-comedy thriller ‘Andhadhun’ is getting remade in Tamil with Prashanth in the lead. The actor’s father Thiagarajan had bagged the remake rights officially. The makers had kept the director’s name under the wraps till now. Gautham Vasudev Menon was said to be the front runner but latest developments suggest that Mohan Raja has inked the deal. It is worth mentioning here that 6 out of the 9 films directed by him have been remakes.

‘Andhadhun’ was one of the most acclaimed films in Indian cinema in recent years. The film won several awards at various levels, which includes three at the National level as well. Ayushmann Khuranna’s stellar performance won him the National Award for Best Actor. It also won the award for Best Adapted Screenplay and Best Hindi film. Besides the critical acclaim, the movie emerged as a commercial blockbuster as well.