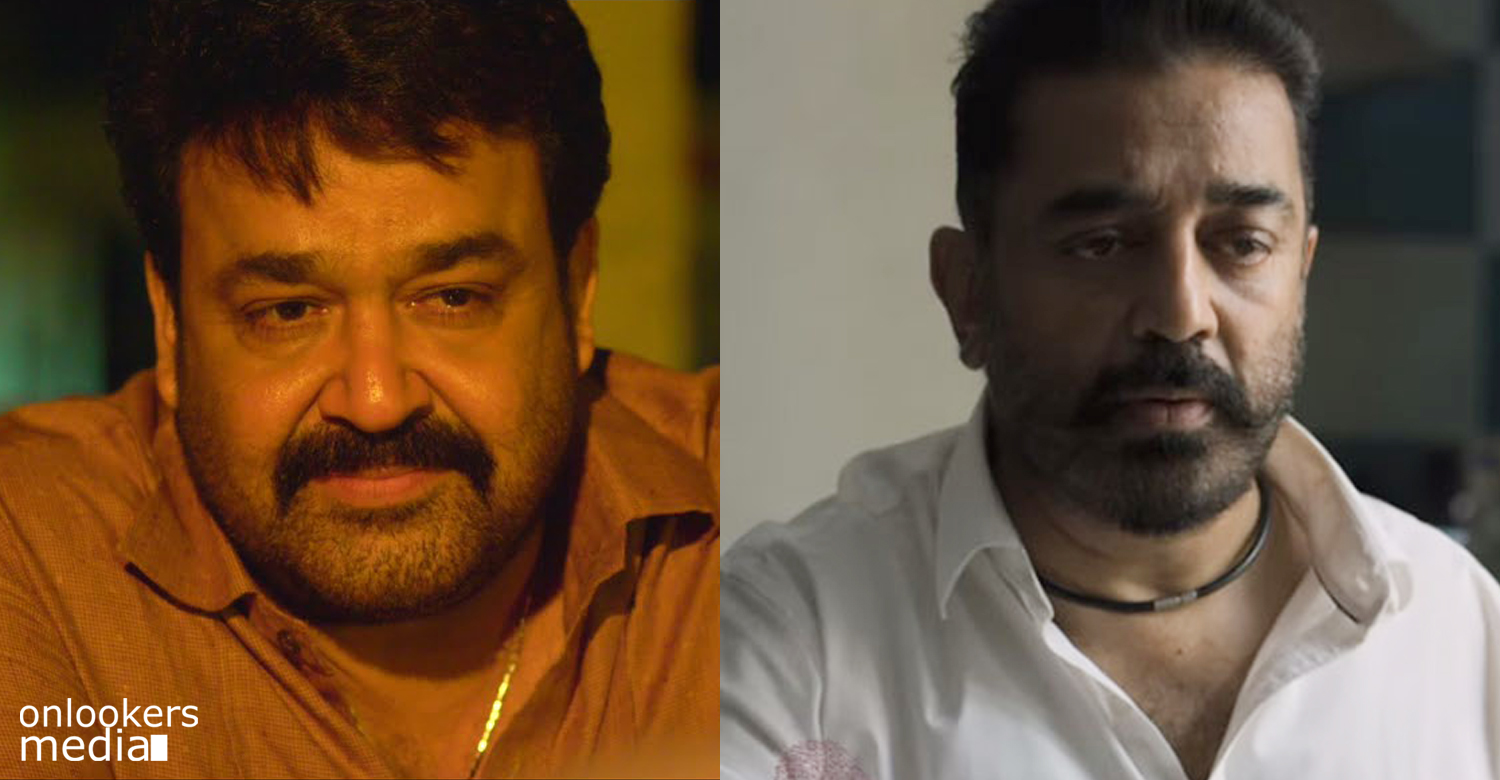 The two much awaited glimpses of two films were released all over. One is from Kollywood and another is from Malayalam film industry. Both are much awaited flicks as well. There is a similarity between both the films and it is that the film have the best actors ever saw by that industry in the lead roles. Now you can surely understand what we are talking about. Yes, we are talking about the second trailer of the Tamil film Thoongavanam starred by Universal Hero Kamal Haasan and the teaser of the Malayalam film Kanal starred by Universal Star and Complete Actor Mohanlal.

Thoongavanam is the official Tamil remake of a French film Sleepless nights which is of thriller genre. Kanal is the film written by Suresh Kumar and directed by Padma Kumar and surprisingly it also comes in the category of a film in thriller genre. In Kanal, Mohanlal is said to be playing a character with some negative shades and it is that which excites people as he is a master in doing such characters. The teaser gives a glimpse of his out of the world acting skills as well and gave a small example before the audience that something very special is coming up in terms of performance from Mohanlal.

Thoongavanam is also giving the same feel that after Papanasam, Kamal Haasan is once again all set to give a performance which will enthrall us. He is in with a different look as well in this film which is already a hit among his fans. Anyway when the two greatest actors ever grace the silver screens in India coming with something different it will be a treat for the audience for sure and we hope so.