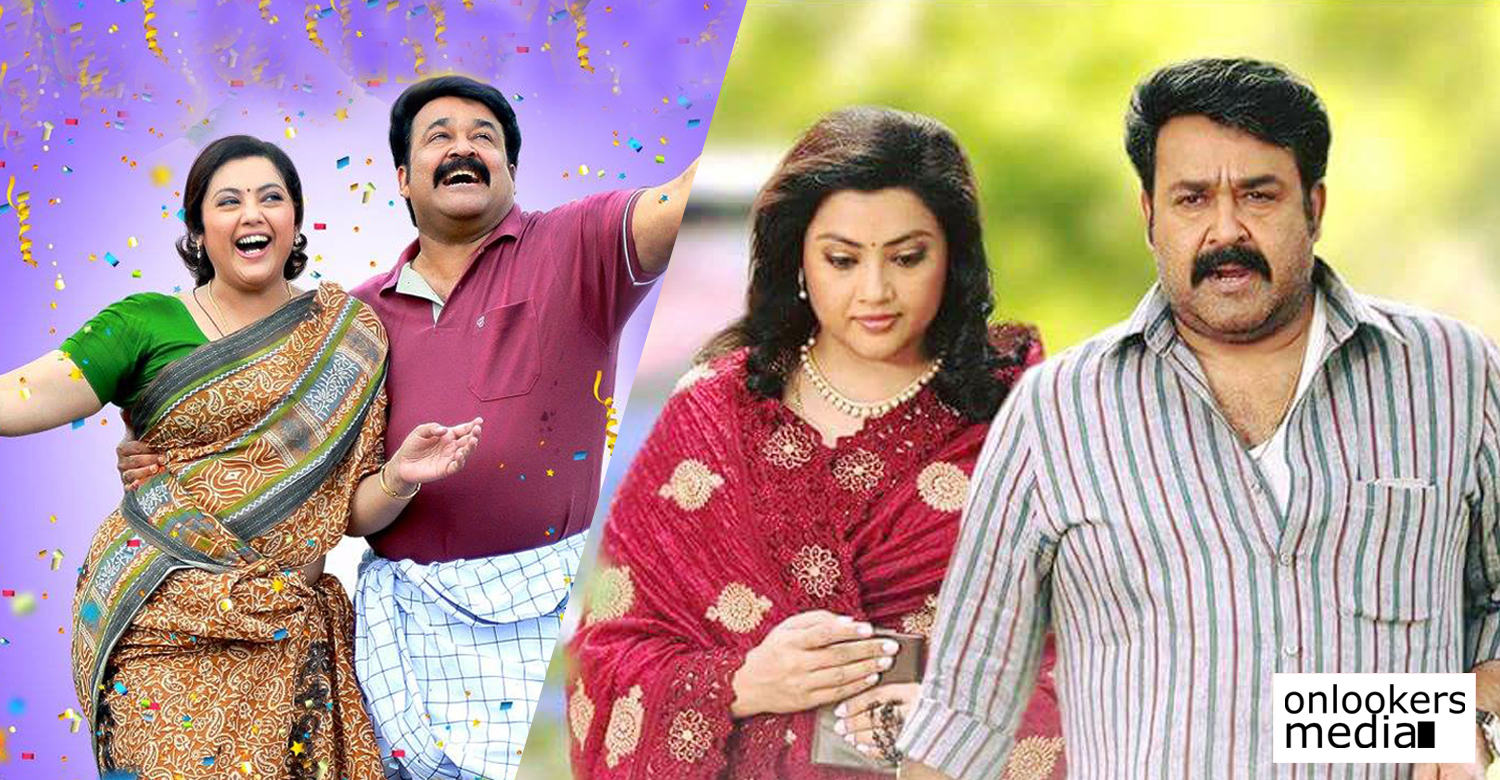 Mohanlal’s latest release Munthirivallikal Thalirkkumbol is nearing it’s 50 days theatrical run in Kerala. The movie has already crossed the 50 crore mark and is continuing it’s glorious run across all the major centres.

Munthirivallikal Thalirkkumbol (MVT) has already done an overall business of over 50 crores including the satellite, audio, overseas and all other rights. The movie directed by Vellimoonga fame Jibu Jacob featured Mohanlal and Meena in the lead roles.

MVT is written by M Sindhuraj based on James VJ’s popular short story Pranayopanishath. The story revolves around a middle aged couple who rediscover their lost love from the boredom of their routine life.