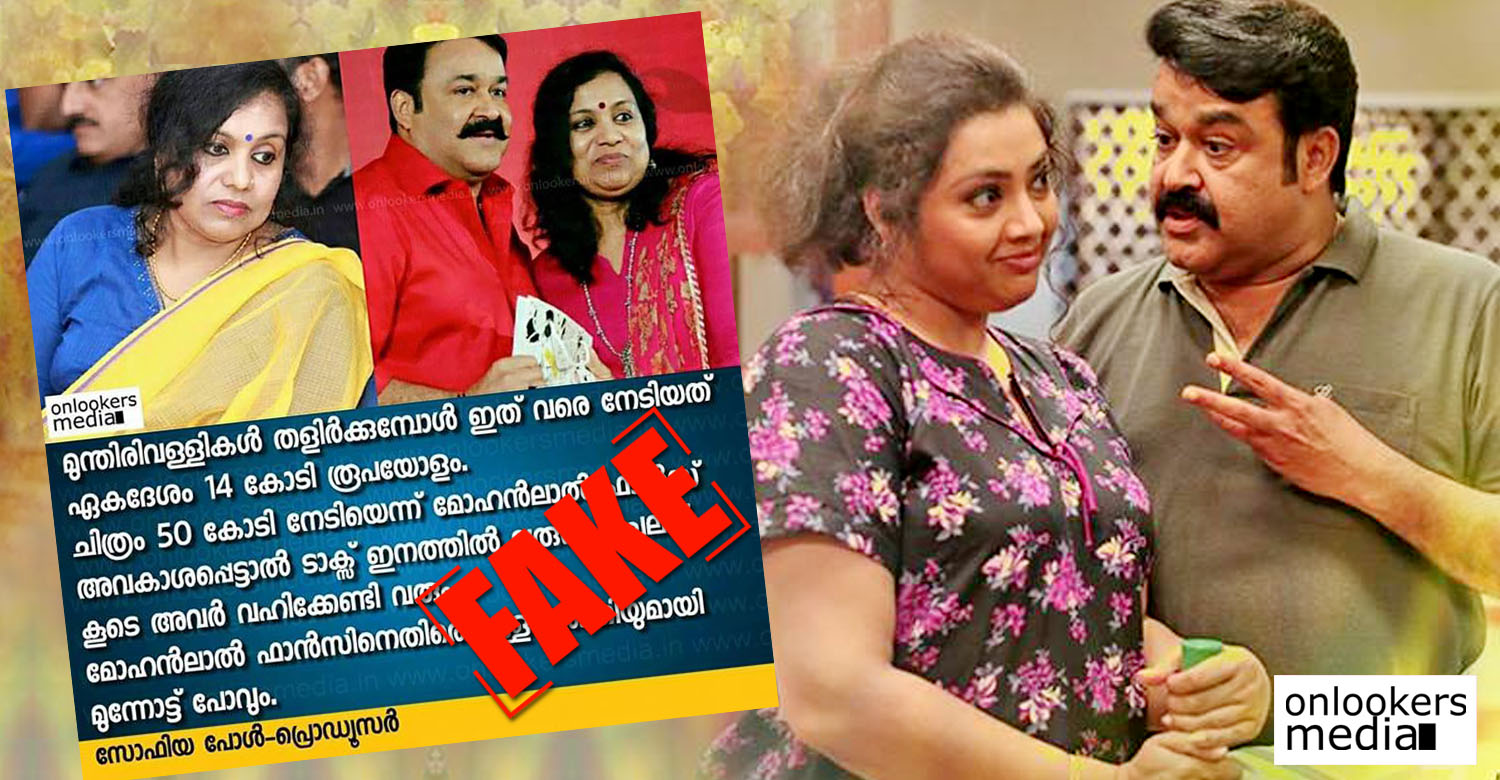 Munthirivallikal Thalirkkumbol collection; Fake news being reported in the name of Onlookers Media

We had recently reported that superstar Mohanlal’s latest release Munthirivallikal Thalirkkumbol is fast approaching the 50 crore club. The makers have already printed the posters celebrating the movie’s success and director Jibu Jacob even shared it in his official Facebook page.

Now, we have got to see a few fake reports with the logo of Onlookers Media, in several social media pages and Whatsapp. A forged collection report and producer’s statement have been used in this fake report. We request our followers not to trust these baseless reports.

We have been in the entertainment industry for nearly 10 years now and we have never really relied on forged and cooked up reports.

Such incidents have happened earlier also in the name of fan fights. We strongly condemn this kind of act and will take legal actions against whomever it’s concerned. We are planning to take it legally to ensure no such fake reports, using our name, are circulated in the future.