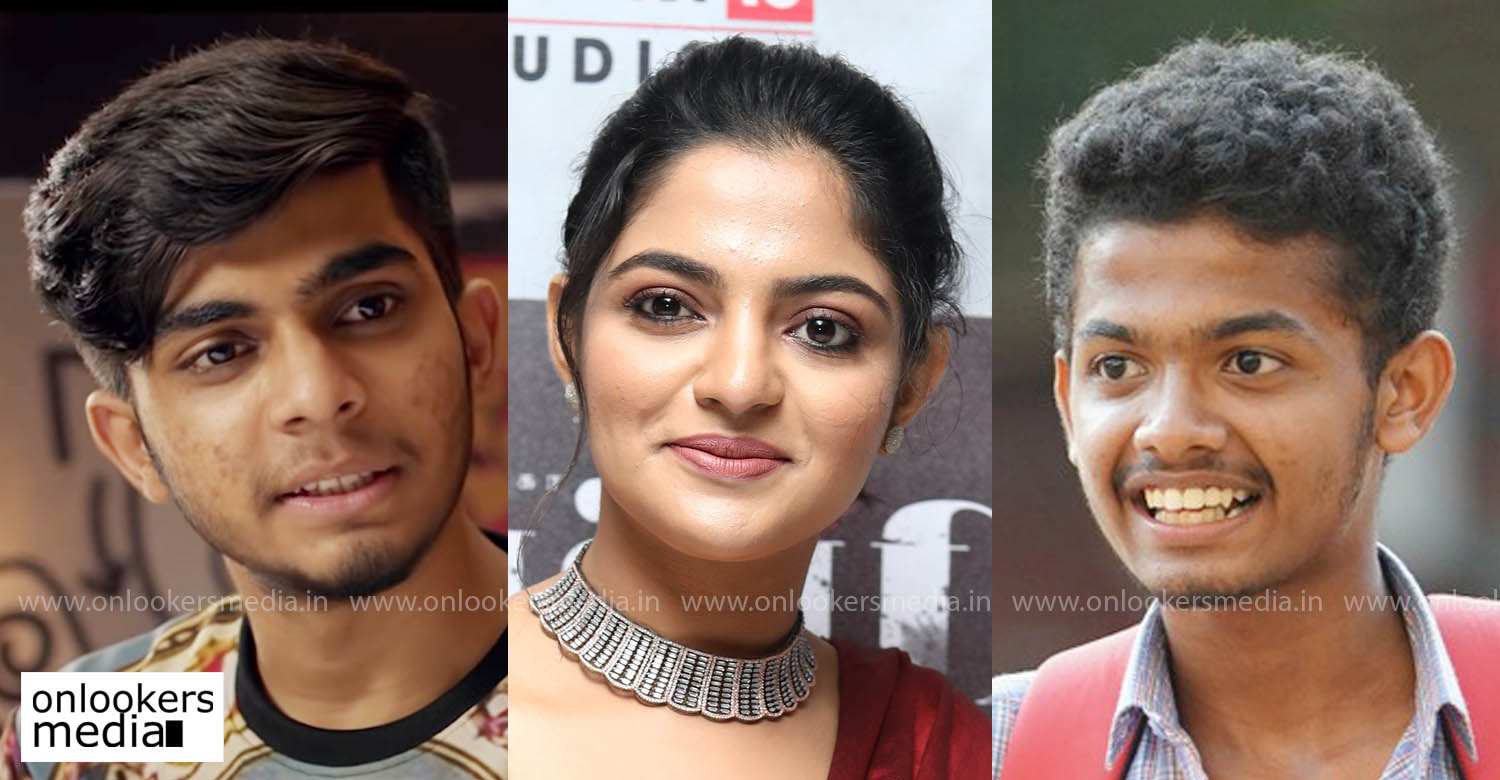 Nikhila Vimal and ‘Thanneer Mathan Dhinangal’ actors Mathew Thomas and Naslen have been signed to play the lead roles in a new film titled ‘Jo & Jo’. Debutant Arun D Jose is directing the film and its shoot kick-started last day in Koothattukulam. Imagine Cinemas and Signature Studios are jointly producing the film.

‘Jo & Jo’ is scripted by director Arun D Jose and Raveesh Nath. From the title poster, the film looks like a feel-good fun entertainer. Johny Antony and ‘Operation Java’ fame Sminu Sijo are also part of the cast. The film has music by Govind Vasanatha and Chaman Chakko handles the edits. Ansar Shah cranks the camera. More details regarding the project are awaited.

Mathew, on the other hand, has ‘Prakashan Parakkatte’ and ‘Vishudha Mejo’ in his kitty.

Naslen, who earned praise for his performances in ‘Kuruthi’ and ‘Home’, will be next seen in ‘Pathrosinte Padappukal’. He is also playing the role of Dilieep’s son in ‘Keshu Ee Veedinte Nathan’.

Veekam: Dhyan Sreenivasan, Aju Varghese and others team up for a thriller
Siddique plays the villain role in Simbu’s Vendhu Thanindhathu Kaadu
To Top