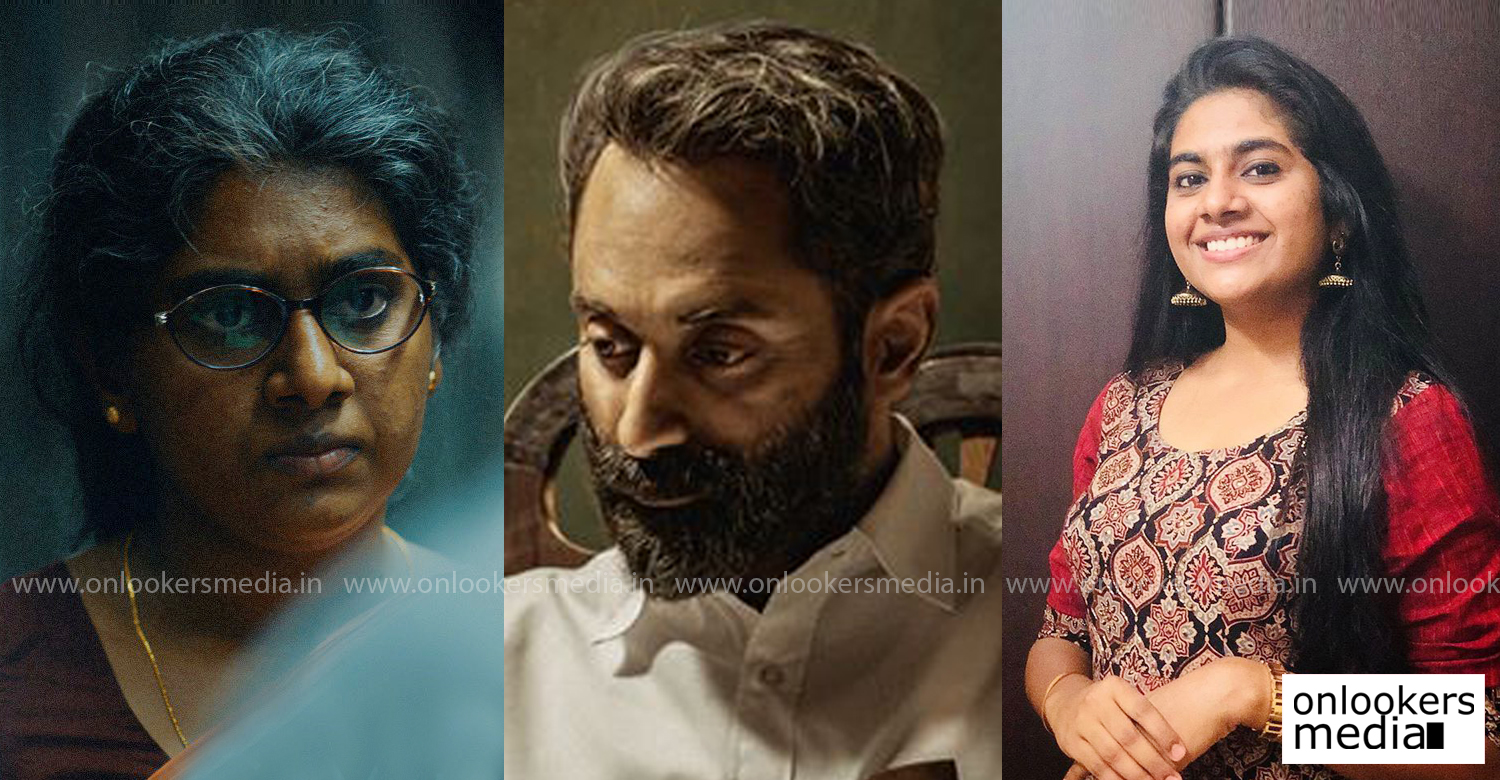 Nimisha Sajayan is nearly unrecognizable in this new look from Malik

‘Take Off’ director Mahesh Narayanan’s new film, ‘Malik’ is on track for April release. Fahadh Faasil plays the lead role in the film. Nimisha Sajayan is also essaying in a prominent role named Roslin. Last day, the makers unveiled her look and she is nearly unrecognizable in the old age get up. Since the story of ‘Malik’ goes through various timelines, all the major actors will be appearing in different looks.

‘Malik’ is based on a true incident that occurred few years back in Kerala. It is centered around a sensitive coastal area where there was a resistance against this constant threat of displacement of a minority community. The focus will be on the evolution of the coastal area from the 60s to present age. It is basically a story of the coastal community’s survival. Anto Joseph Film Company is producing the film, which is being made on a budget of close to Rs 30 crores. Aan Mega Media will be releasing ‘Malik’ in Kerala. Release date is expected to be announced soon.