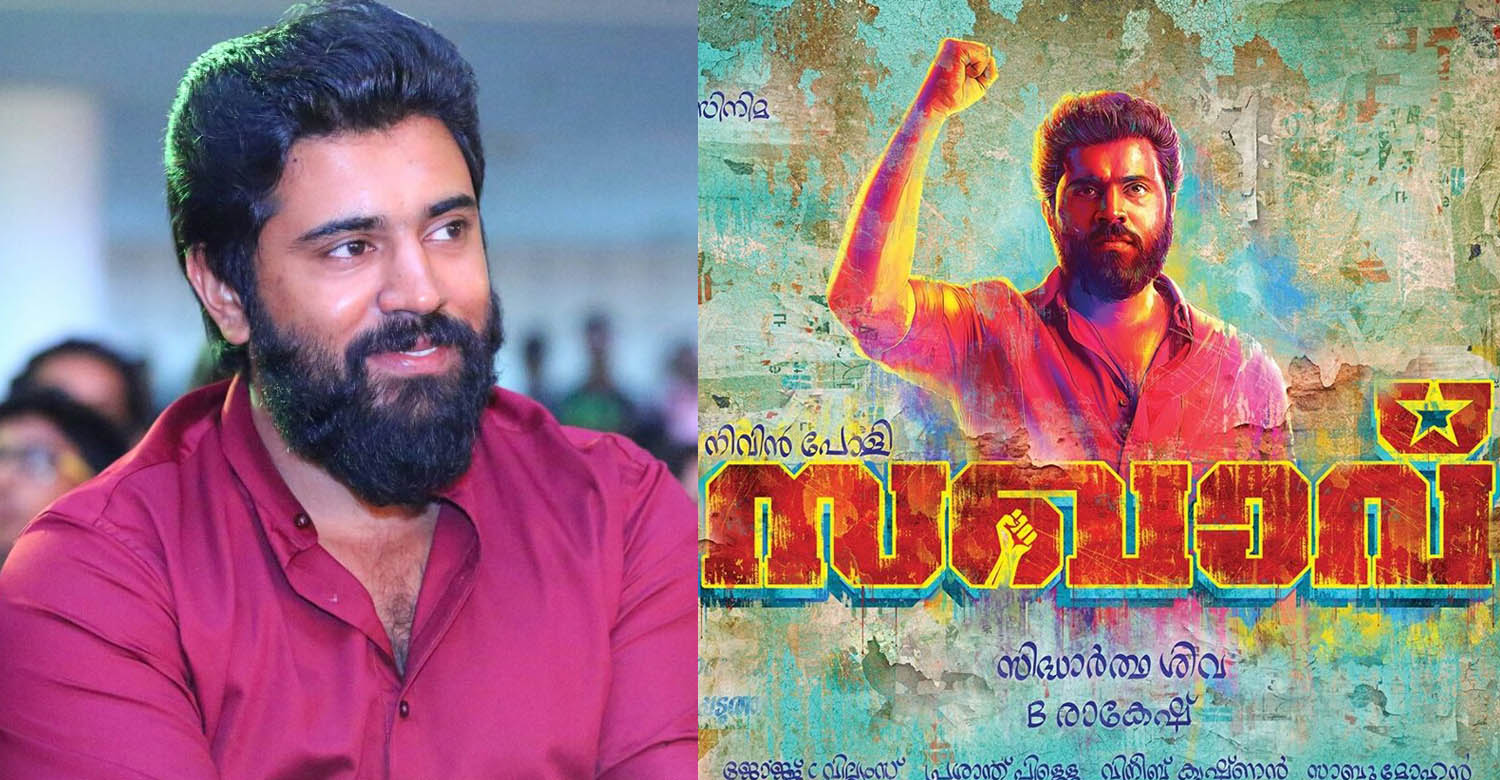 We had recently reported that Nivin Pauly’s upcoming political drama Sakhavu, directed by National award winner Siddhartha Siva got wrapped up. The team is currently busy with the post production works.

During the event, director Sidharth Siva announced that Sakhavu will hit screens on April 14 as a Vishu release. Vishu has always been a favourite season for filmmakers. This year also some highly anticipated movies are scheduled to release for the season.

Mohanlal’s 1971: Beyond Borders is confirmed to release on April 7. Dulquer Salmaan’s CIA and Mammootty’s Puthan Panam are also aiming to release during the season but it has not yet been officially confirmed.

Sakhavu is one of the most awaited movies of the year. Nivin Pauly is playing the character Krishna Kumar, a student political leader from the Left front. The massive success of Tovino’s latest release Oru Mexican Aparatha will give more hopes for Sakhavu team.

Nivin has pinned high hopes on the movie and allotted bulk dates for the shoot. He had earlier informed that it will be an intense movie that will stay etched with the audience for a long time.

Sakhavu is not just another political drama. It will have equal doses of humour, romance and machismo. The movie was initially planned as a Christmas release but shooting got temporarily stalled due to financial crisis caused by the demonetisation.

Aparna Gopinath, Gayathri Suresh and Kollywood actress Aishwarya Rajesh are playing the female leads in the movie. Sreenivasan, Maniyan Pillai Raju, Joju George and many others are also part of the movie.

Kollywood cinematographer George C Williams, who has wielded the camera in movies like Theri, Kaththi and Raja Rani is the DOP. Prashanth Pillai is handling the music department. The movie is being produced by B Rakesh under the banner Universal Cinema.