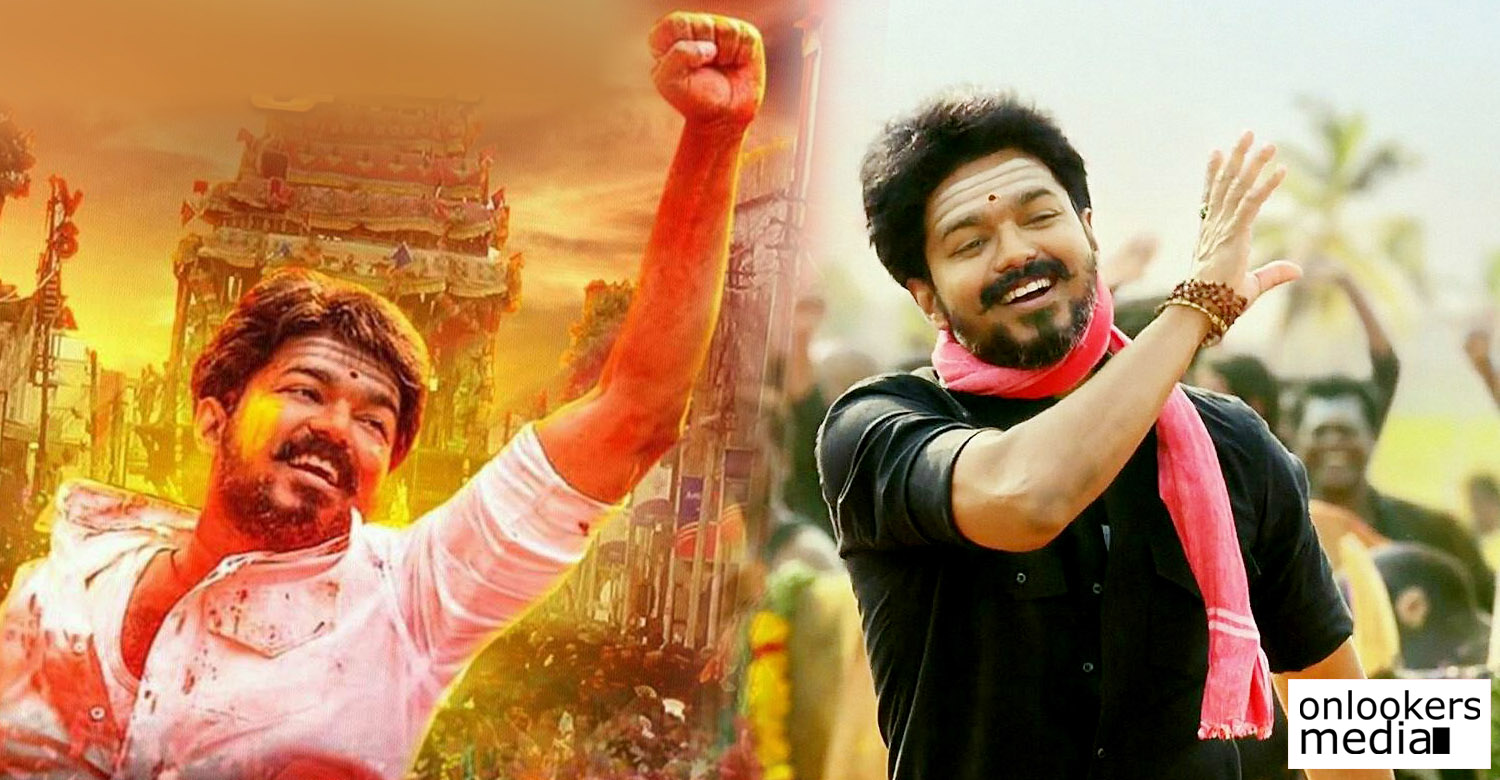 No title change for Mersal; grand release on Diwali.

Ilaya Thalapathy Vijay starrer movie Mersal is all set to grace the screens on the 18 the of October this year. Fans and film lovers are eagerly waiting to celebrate the release of this movie as this is going to be the biggest release in Vijay’s career. Atlee had directed this movie and he had written this flick as well in association with Bahubali writer KV Vijayendra Prasad. But last month, Madras High Court had placed an interim injunction till October 3, by restraining the production team from using the title Mersal for the promotion of this movie.

But last day, the Honorable Madras High Court had vacated the stay and now the team can use the title Mersal for the film without any issues. The Judge agreed with the claim of the production team that there no illegality in using the title. A case was registered against using this title, by A. Rajendran of Film Factory, another production banner in Tamil.

Rajendran said that he had registered the title named Merrasalaitan, in the year 2015 itself, to launch his son through a movie. But, now as the Madras High Court had judged in favor of Mersal team, they can use it without any legal problems.

Jimikki Kammal fever continues as the original video fetches 3 crore views in YouTube!!
The changed ending in Solo was done without my knowledge: Bejoy Nambiar
To Top