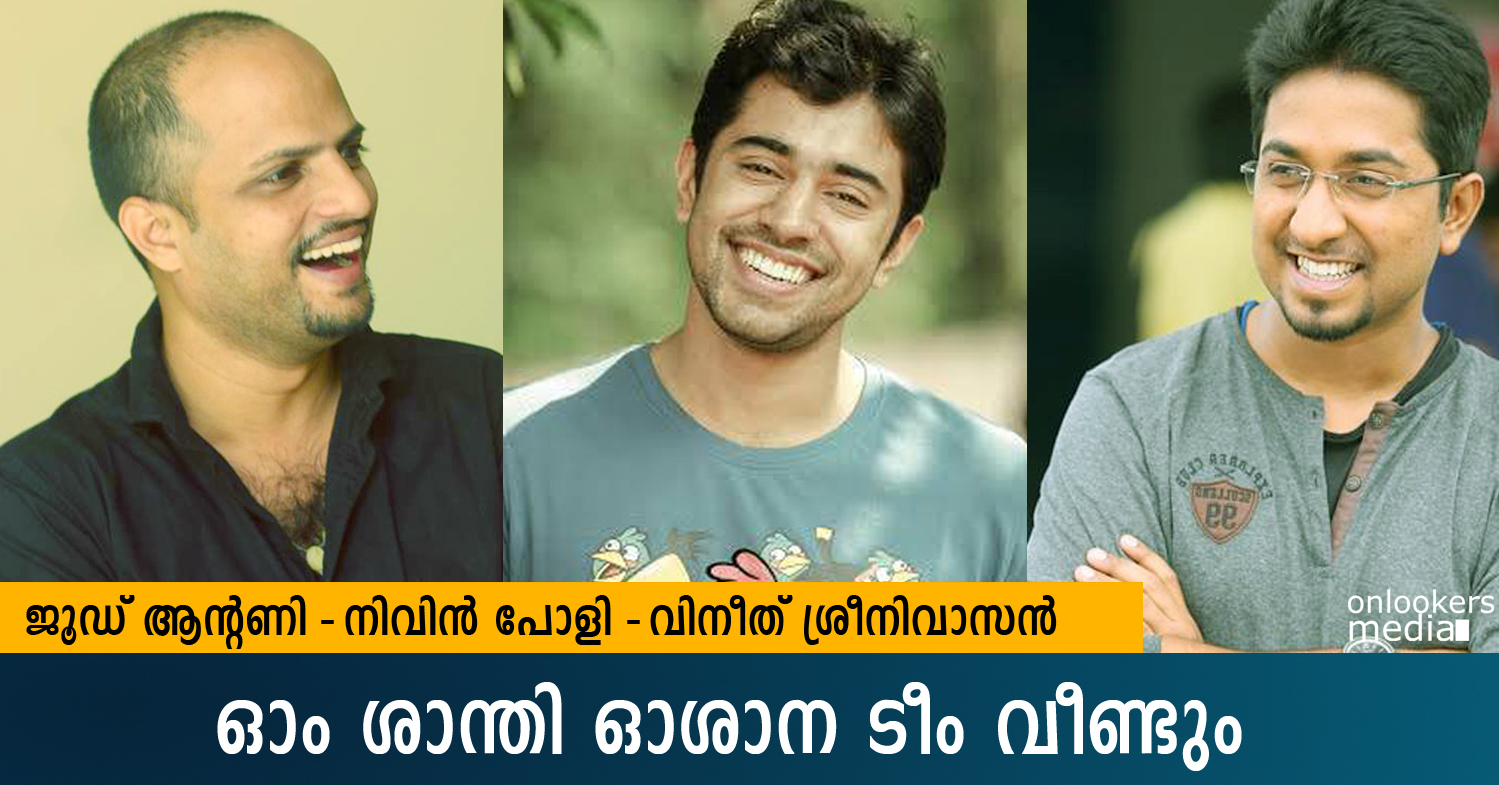 As per the latest reports Om Shanthi Oshana team again going to come in the near future which will mark the coming together of Nivin Pauly and Jude Antony Joseph once again. Om Shanthi Oshana was Jude Antony joseph’s debut film released in last year February and in that flick Nivin Pauly and Nazriya Nazim played the lead characters and we have to say that it was a film which gave importance to the woman character more than the male lead. That flick was a super success at box office and it was one among the series of successes Nivin had in last one and half years of his career.

Now the news came in that Jude Antony Joseph has finished the script on which he is working on for quite a time and he is planning to start the film with once again Nivin as the male lead. Report indicated that actor/director and writer Vineeth Sreenivasan will also do a key character in that film. Vineeth Sreenivasan was already a part of Jude Antony Joseph’s first film Om Shanthi Oshana and it will be his second outing too with this director. The screenplay of his first film was written by Midhun Manuel Thomas and for this as we said just above he himself penned down the screenplay.

Jude Antony Joseph also made an appearance as an actor as well in the recent super successful film from Alphons Puthran and Nivin Pauly team named Premam in which he played the role of dance master Dolly DCruz . He had been getting mixed reviews for his acting skills and he had already got many offers to act as well after that role. Jude said that it was always a dream for him to act in films and that is what happening now.

The latest offer he has got and he almost confirmed it as well is the role of a thief in the upcoming abrid shine directorial flick named Action Hero Biju which has Nivin Pauly as the male lead and the film was also in the news for the first financing venture of Nivin Pauly and Abrid Shine. Jude Antony hopes to do well in it and after that he will declare when his film is going to start rolling.