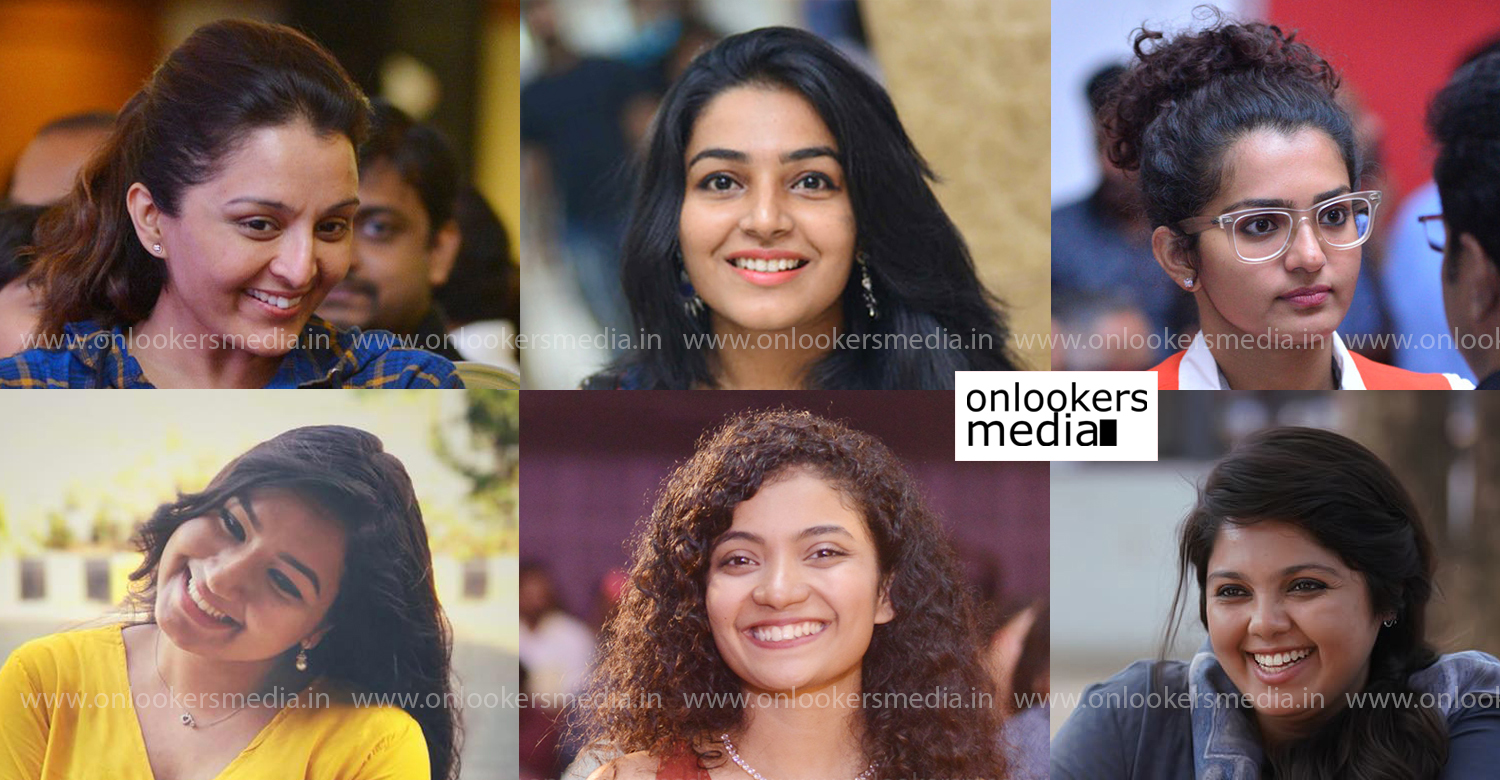 As another eventful year comes to an end, let’s take a look at the top 10 best female actors from Malayalam cinema.

Over the last few years, this is one name that has constantly featured in the best performers list. Such has been her consistency. This year, Parvathy had two releases – ‘Uyare’ and ‘Virus’. Both the films had her in contrasting roles yet delivering stellar performances. In ‘Uyare’ she plays an acid attack survivor who defies all odds to achieve her ambition of becoming a pilot. Like always, Parvathy did a lot of research before playing the character like interacting with real life acid attack survivors. That must have helped her a great deal as her performance came out extremely powerful and got her due appreciation from all corners. In ‘Virus’, amidst a plethora of actors, Parvathy still managed to stand out. In this true-life incident based film, almost all the major character were inspired from real persons. Parvathy’s character was inspired by Dr Seethu Ponnu Thampi, an MD student of community medicine at the Kozhikode Medical College. After watching the film on big screen, Dr Seethu was surprised to see how Parvathy had studied her so well- from the way her shawl was spread across the churidhar and how she dressed her hair. That’s the kind of dedication and preparation the actress puts in for each of her film – something that very few of her contemporaries do.

Manju Warrier kick-started 2019 with a bang with the record-breaking success of ‘Lucifer’ and then ended on a high with ‘Prathi Poovankozhi’. In ‘Lucifer’, she played a powerful character role alongside the likes of Mohanlal, Vivek Oberoi and Tovino Thomas. Manju as Priyadarshini Ramdas had a particular aura that the character demanded. Now when we look back is hard to even imagine someone else in her place. Her recently released ‘Prathi Poovankozhi’ is a classic example of why she is the go-to choice for female centric films in Malayalam. She puts on a fierce performance that at times reminds one of her ‘Kanmadam’ days. This year, in between ‘Lucifer’ and ‘Prathi Poovankozhi’, Manju also managed to make a memorable debut in Tamil film industry with ‘Asuran’. Her performance in the Vetrimaaran directorial was highly talked about and has already won a couple of well deserved awards for the same.

Only 6 films old, but Rajisha is already a force to reckon with in Malayalam. After bagging the State award for Best Actress with her debut film itself, Rajisha then followed it up doing a couple of ordinary characters that did not do any justice to her potential. But this year, the actress got back to form as she did three back to back quality films – ‘June’, ‘Finals’ and ‘Stand Up’. Interestingly, all these films had female centric stories. In ‘June’, Rajisha did a coming-of-age role for which she did stuff that are mostly associated with male actors – shedding weight, cutting hair and thereby going through a total physical transformation. For ‘Finals’, the actress had to go through a different kind of makeover. To convincingly play the role of a cyclist, Rajisha put in the hard yards by undergoing professional training and the results were there to be seen on big screen. Despite all these physical efforts, her career-best performance came in ‘Stand Up’ in a role that demanded severe mental toughness. Rajisha played the role of a rape survivor in the film and as admitted by the actress herself, it must have been mentally exhausting. Despite sharing screen space with another equally talented actor like Nimisha, Rajisha grabbed the attention with her arresting performance that moved many to tears.

Anna Ben has one of the most enchanting smiles that you’ll ever get to see. In her debut film ‘Kumbalangi Nights’, her Babymol came across as this bubbly, sweet girl who is practical about life and doesn’t mince words when it comes to speaking her mind. It was a performance that showed glimpses of an extremely talented actor. In her sophomore outing, ‘Helen, Anna got to play the titular character. Helen initially might seem to be an extension of Babymol but in the second half of the film, we get to see a different side of the actor. Anna sinks in her teeth in this survival thriller and looks every bit convincing. Her gorgeous smile that I mentioned about earlier in the note also has importance in the film.

Chinnu Chandini made heads turn with her fantastic performance in this year’s surprise hit, ‘Thamaasha’. In this film that speaks about the society’s insensitivity towards physical imperfections, Vinay Forrt and Chinnu play the lead roles. While the former is dealing with the insecurity of his baldness, Chinnu is least concerned about being over-sized. It was a case of perfect casting and Chinnu did total justice to that. There is a lengthy monologue sequence in the film that she performed splendidly without showing any nerves of being a newcomer. To put it simply, Chinnu owned the film from the moment she entered the screen in the second half.

Nimisha made it to list courtesy her award-winning performance in Sanal Kumar Sasidharan’s ‘Chola’. As the adolescent school-going Janu, Nimisha gave a remarkable performance that’s more than worthy of the accolades she has received so far. Janu, the naive teenager, finds herself i the worst of situations, goes through a truckload of emotions and Nimisha brilliantly captures the essence of the character. It is both a physically and mentally demanding character that was safe in the hands of this extremely talented actress.

Sai Pallavi is known to be very choosy with her films. So when she did ‘Athiran’ this year, expectations were already on the higher side. Though the film got mixed response, her performance got unanimously positive feedback. Unlike her earlier films, Sai Pallavi had a highly challenging role to essay and the actress was right up there. She got the body language of an autistic patient spot on as she hardly speaks and let her body do the talking. Her flexibility that comes with being an extraordinary dancer meant that she was truly amazing while performing the kalaripayattu portions.

Grace Antony is the second entrant to this list from team ‘Kumbalangi Nights’. Though she has acted in a few films before that, it was ‘KN’ that utilized her potential to the best. As the timid housewife, Simi, who is in stark contrast to her strong-willed younger sister, she made quite a lasting impression. Grace fits in the bill perfectly as an average Malayali housewife who is wary of her chauvinistic husband — the vile Shammi.

The massive success of ‘Thaneer Mathan Dhianangal’ made Anaswara Rajan an overnight sensation. In this teenage love story, Anaswara was effortlessly real. Her character, Keerthy, on paper, itself had lot of freshness. She picks noses. She spits while laughing uncontrollably. She was not presented as the celestial beauty that we are used to seeing in campus flicks. So a well-written character was already there and all Anaswara had to do was switch to her natural self. In the film’s chaotic climax portion, it was the teenager who held things together with an assured performance.

Though Surabhi Lekshmi is a National award winner, there have been very few films that have challenged the performer in her. ‘Vikrithi’ was one of those films that finally got her a meaty role. Surabhi and Suraj Venjaramoodu played a couple in the film and both the actors essayed mute characters. Although it was a Suraj show all the way, Surabhi also delivered a moving performance.