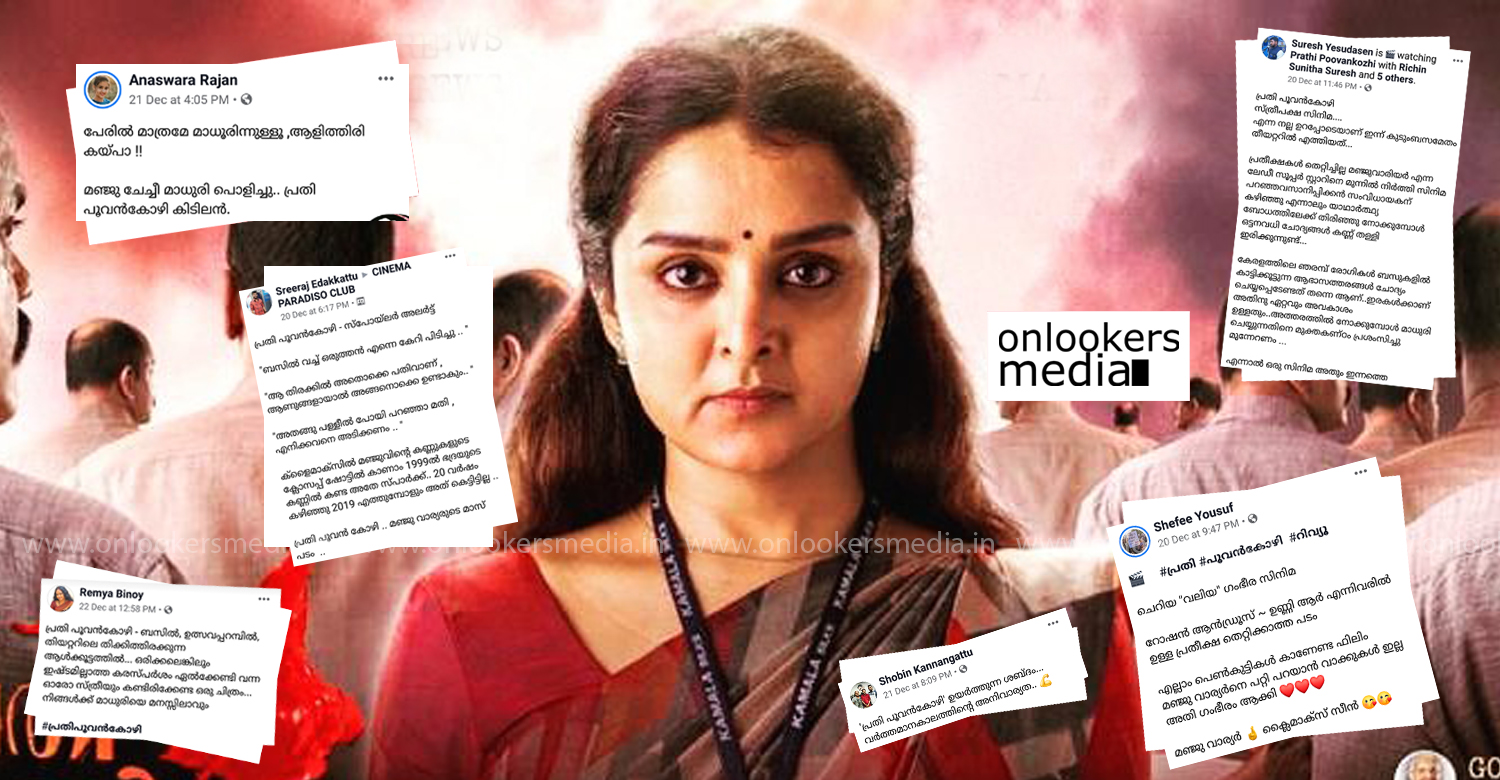 ‘Prathi Poovankozhi’ was among the most anticipated among the Christmas releases from Malayalam this year. Despite competing with films like ‘Driving Licence’, ‘My Santa’, ‘Thrissur Pooram’ and ‘Valiya Perunnal’, the Manju Warrier starrer has managed to make its presence felt at the Kerala box office. Even in its second week of theatrical run, the film is having good occupancy at almost all the centres. Response in social medias have also been largely positive.

Manju Warrier’s popularity among the family audience and the fact that the film deals with a relevant social issue has worked in its benefit. Rosshan Andrrews has directed the film and is scripted by Unni R. It is centred around Madhuri,an or dinary woman working in a textile shop in Kottayam. While on her way to her work place, she gets physically harassed in a bus. The incident has a deep impact in her and she decides to track down the molester and teach him a lesson. Director Rosshan Andrews himself has played the molester’s role.

Aided by a strong performance from Manju, the makers have effectively addressed the various issues faced by women in our society and the need for them to stand up and resist. Anusree, Grace Antony and Saiju Kurup have also delivered notable performances.

Lal to script his son Jean Paul’s next after Driving Licence
Onlookers Top 10: Best Malayalam Actresses of 2019
To Top