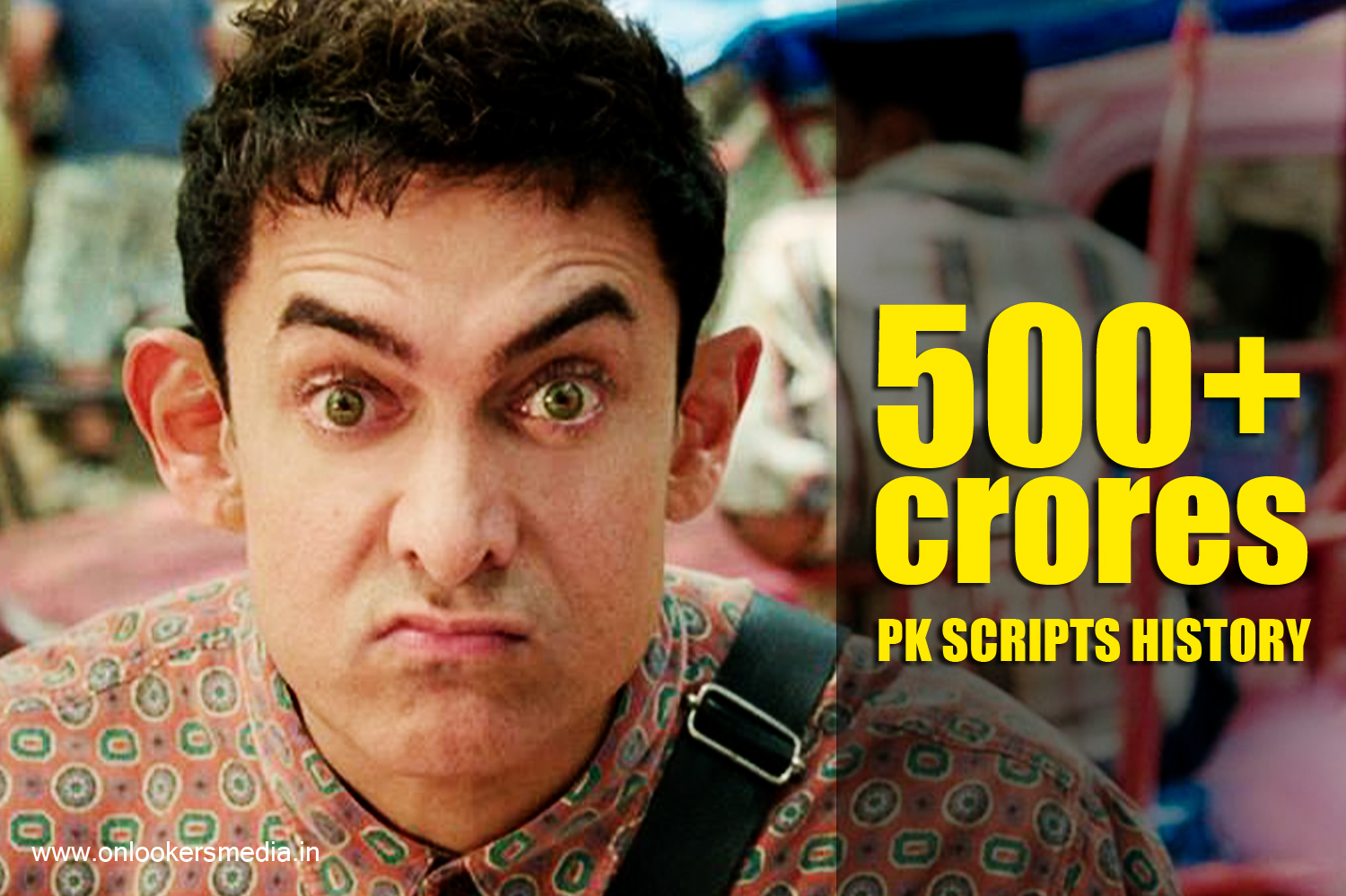 Aamir Khan strikes again with his new movie PK.  According to the recent reports, the movie is set to be the highest grossing movie in the history of Indian film industry. The movie has amassed Rs 557 crores within days of its release. Rajkumar Hirani and Aamir Khan turn out to be the golden duo of the Hindi movies since their movies are digging gold at box office. Their movie Three Idiots smashed the conventional approach of movies into smithereens and restructured Bollywood. They have gone one step forward with PK, handing over an uncustomary experience to the audience.

PK is about an alien demonstrated by Aamir Khan who lands on earth with a special mission. But, he loses his locket which is his only way to communicate with the space ship. What makes the situation worse is his inability to understand the human behavior. Slowly, he gets to know the human nature and makes an attempt to cope with it.  Inspite of his relentless search for the locket, he is not able to find it. He happens to meet Bhairon Singh enacted by Sanjay Dutt. On his advice, he sets off to Delhi in pursuit of his locket. After hearing that God is the only one who can be of help to him, he decides to find God.

He gets involved in a lot of bizarre things while searching for God. People do not realize that he is from a totally different world and attributes his outlandish behaviour to alcohol consumption. Hence, they start calling him PK. However, he gets abetment from Jaggu represented by Anushka Sharma, who works in a news channel as an anchor. She joins him in his journey to find the remote and the rest of the movie is the wonderful portrayal of their journey.

The film got high ratings from both the critics and the audience. However, some Hindu factions came up with strong objection against the movie and accused the movie of hurting the emotions of the supporters of the Hindu religion. They have even demanded for the ban of the movie. The crew has made it clear that they had no intentions to demean the Hindu conventions and to show the religion in a bad light. Some Muslim organizations also participated in the protest claiming that the portrayal of religious beliefs in the movie is unacceptable.

Nevertheless, it has not affected the box office outcome and the movie has supplanted other movies including Shah Rukh Khan’s Happy New Year, Salman’s Kick and the like to become the biggest box office hit.