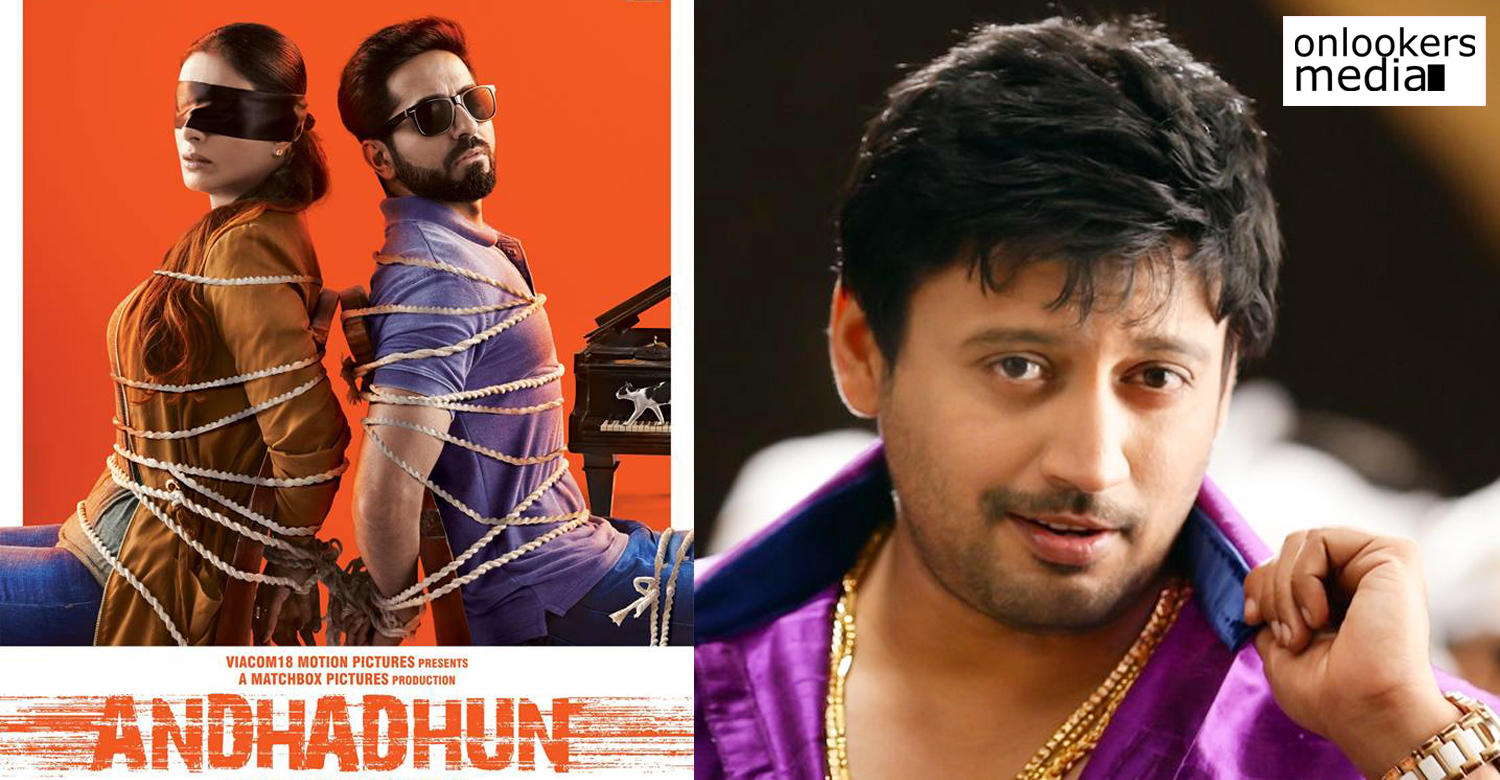 Sriram Raghavan’s ‘Andhadhun’ was one of the most acclaimed films in in Indian cinema last year. The movie has already won several awards, which includes three at the National level as well. Ayushmann Khuranna’s stellar performance in the movie won him the National Award for best actor. It also won the award for best adapted screenplay and best Hindi film. Besides the critical acclaim, the movie emerged as a big commercial blockbuster as well, earning over Rs 100 crores from the box office alone.

Ever since its release and the tremendous response that followed, there have been reports about the movie getting remade in various languages. Dhanush and Siddharth were the first names that emerged for the Tamil remake, but it has now been confirmed that Prashanth has bagged the deal. His father, director-producer Thiagarajan, has acquired the remake rights for a hefty price.

Thiagarajan had earlier remade Sriram Raghavan’s ‘Johnny Gaddar’ in Tamil, which again had Prashanth in the lead. However, the movie failed to click at the box office. The father-son duo will be hoping for a better luck this time. Thiagarajan believes that the lead role in ‘Andhadhun’ remake will be a cake walk for Prashanth as he is a pianist, who has passed grade 4 in piano at the Trinity College of London.

Official announcement with details regarding the title, director and other cast and crew members will be made shortly.

Indrajith thanks Prithviraj for contributing a truckload of relief materials
Thalapathy 64: Vijay’s next to start rolling in October
To Top