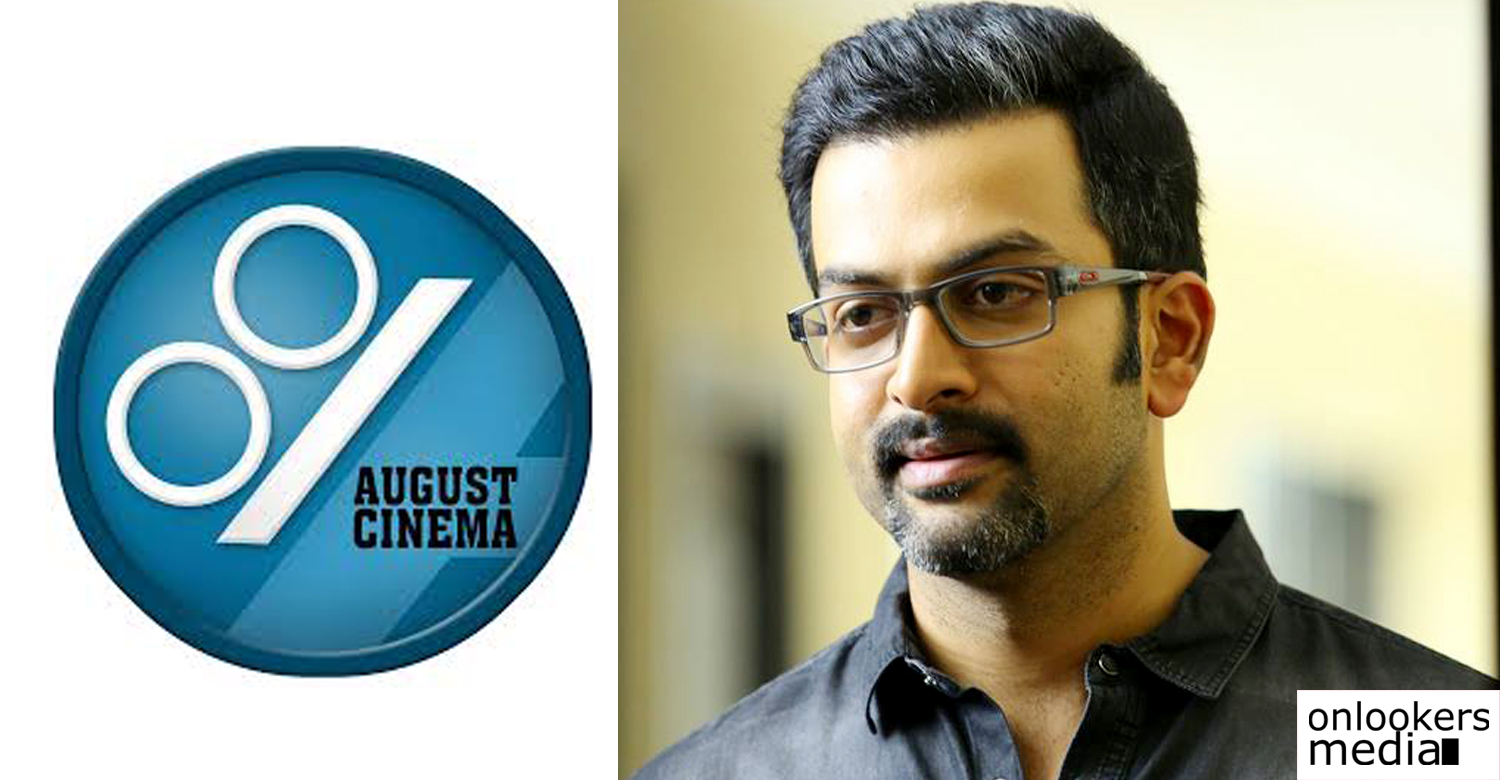 Prithviraj has ended his association with August Cinemas, a production and distribution house he started in 2011 along with Shaji Nadesan and Santhosh Sivan. Actor Arya joined the company later. Prithviraj informed this to his followers with a Facebook note titled The End Is Always A Beginning.

THE END IS ALWAYS A BEGINNING
———————————–
Hi all,
It’s been 6 years and more. Back in 2011, out of a dream to create a film that would truly attempt to make a statement on the excellence in Malayalam cinema, Santosh Sivan, Shaji Nadesan and I joined hands to form August Cinema Pvt Ltd. Through the last 6 years, we have continuously striven to facilitate deserving and aesthetic cinema and I genuinely am thankful for the efforts of my partners in doing the same.

Today, I believe that it’s time for me to start travelling on a different tangent, and on that journey, I might not always be able to be part of a partnership. So with great memories, heartfelt gratitude and some films that I will be proud of forever, I bid adieu to August Cinemas. I will always remain a well wisher of the company, and I have faith that the brand will continue to be associated with the kind of films I set out to make with this dream.
Wishing Shaji Nadesan, Santosh Sivan and Arya the very best in the journey ahead,