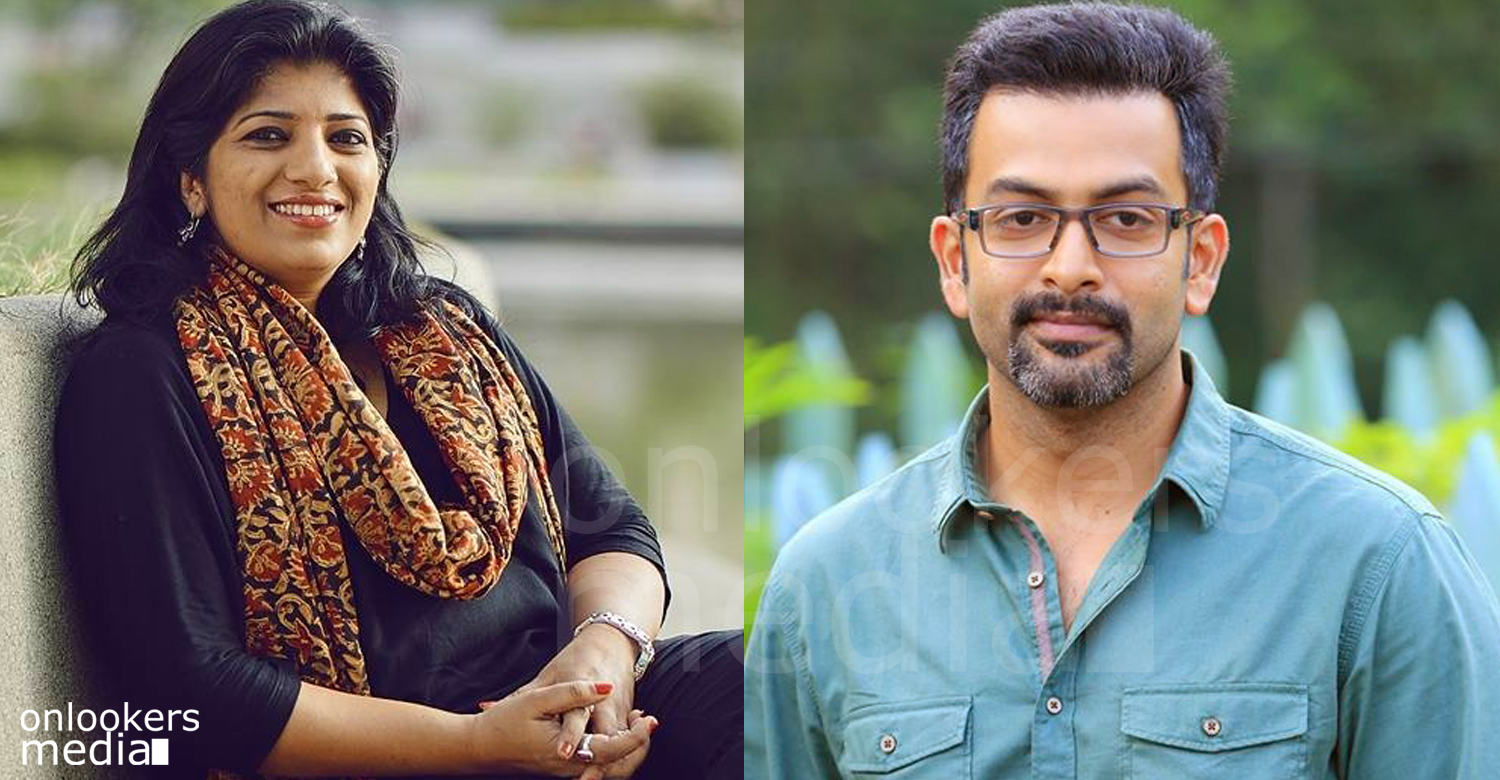 Actor Prithviraj to do a film directed by a debutant female director this year. After Anjali Menon, Revathi S Varma and Sreebala K Menon, another female director is all set to make her debut in Malayalam cinema. Her name is Roshni Dinaker and she will be making a romantic comedy entertainer with Prithviraj in the lead. Screenplay of this film will be written by popular screen writer and actor Sankar Ramakrishnan and the shoot of this film will start in the coming August.

The film will be fully shot in Europe as per reports. The cameraman of this film will be R Ratnavel who is famous for his work in big budget South Indian films like Brahmaotsavam in Telugu, Enthiran, Linga etc from Tamil. It will be his first ever Malayalam cinema as well.

Reports also says that a popular artist from Bollywood will also feature in this film, even though it is not a confirmed report. More details about this movie will be updated here once they reveal it to media.

Prithviraj is finishing up Jeethu Joseph’s Oozham now. After that he will join debutant Jayakrishnan’s Ezra, which will be a horror thriller. His previous releases like James and Alice and Darwinte Parinamam did not made much impact here and he will be looking forward to the release of Oozham to turn the things around.

Bikini photos: Actress Sonarika Bhadoria landed in controversy
Mohanlal is an amazing actor and I love to work with him, says Shekhar Kapoor
To Top