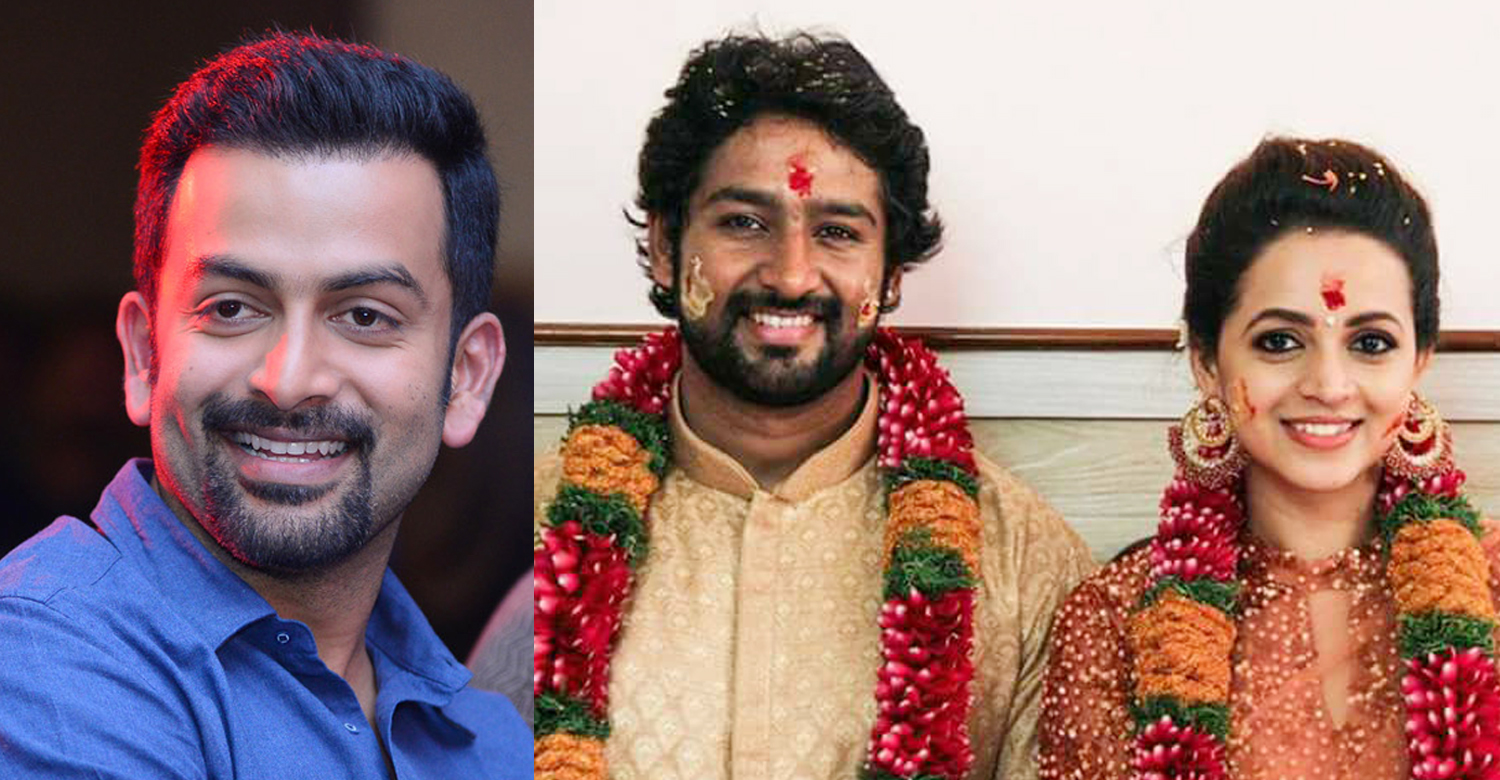 Prithviraj wishes Bhavana on her engagement

Popular Malayali actress Bhavana got engaged to Kannada producer and businessman Naveen. The two got engaged today in a very simple ceremony in the presence of close friends and family. Their marriage has not yet been fixed.

Prithviraj wished Bhavana and Naveen on their engagement by sharing their photo in his official Facebook page. It must be remembered that Prithvi was the one who stood by Bhavana during some tough periods in her life.

Bhavana’s next release will be Honey Bee 2 : Celebrations, the sequel to 2013 superhit movie Honeybee. The movie directed by Jean Paul Lal, has her reprising the role of Angel from the first part. Lal, Asif Ali, Sreenath Bhasi, Baburaj, Balu Varghese, Sreenivasan, Lena and many others are also part of the cast.

Bhavana will also be playing the female lead in the Telugu remake of superhit Malayalam movie Charlie. She will be reprising Parvathy Menon’s from the original.