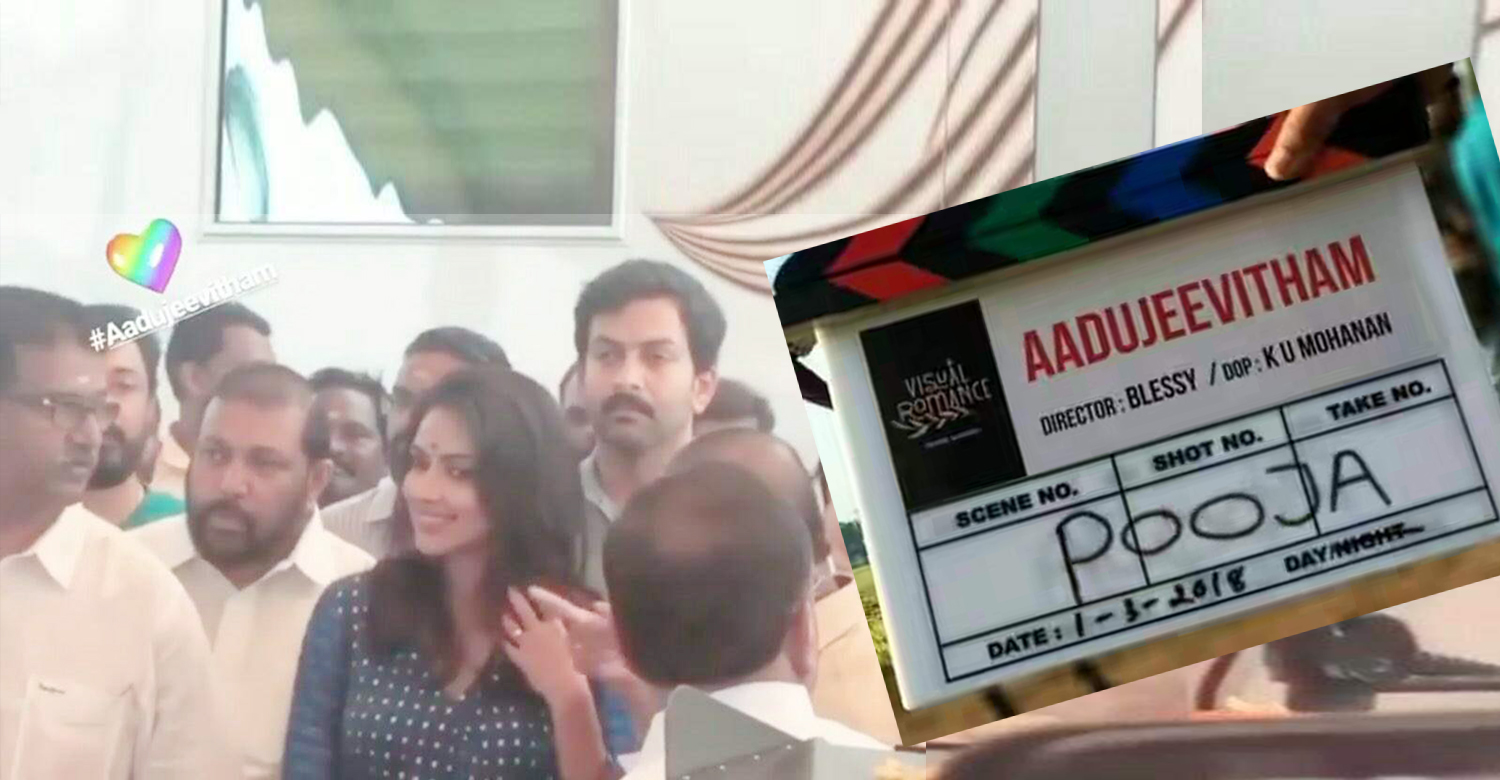 Aadujeevitham is one of the most talked about movies in recent times. The movie directed by Blessy stars Prithviraj and Amala Paul in the lead roles. Shoot for the movie commenced today (March 1) in Thiruvalla with a customary switch on ceremony. Aadujeevitham is based on Benyamin’s award winning novel of the same name.

Prithviraj plays the lead role of Najeeb Mohammed while Amala Paul plays Sainu. The story is about the life of an abused migrant worker in Saudi Arabia. Prithviraj has now put on a few kilos so as to get a distinct look when he sheds weight for the latter half of the movie.

Naajeb, the protagonist in Aadujeevitham, gets stranded in the middle of deserts. The lone man undergoes different experiences from seclusion, emotional conflicts and survival struggles. So, Prithviraj will have to undergo drastic physical changes as the character demands it. The makers have planned to shoot the movie in various schedules through the time span of which Prithviraj will be undergoing multiple physical transformations.

Aadujeevitham is an ambitious project planned on a very big scale. Veteran Bollywood cinematographer KU Mohanan has been signed to crank the camera. Oscar winners AR Rahman and Resul Pookutty are also part of the technical team. The former is making a comeback to Malayalam film industry after 25 long years to compose music for this movie.

Aadujeevitham will be a challenging project for AR Rahman as his music should capture the different emotional and spiritual levels of an isolated man. As per the makers, the movie will have an international score with a blend of different genres of music such as Arabic, western and Indian.

Stay tuned for more such updates!

Official: Jyothika to star in the Tamil remake of Vidya Balan’s Tumhari Sulu
Thala 59: Theeran Adhigaaram Ondru director H Vinoth’s next is with Ajith!
To Top