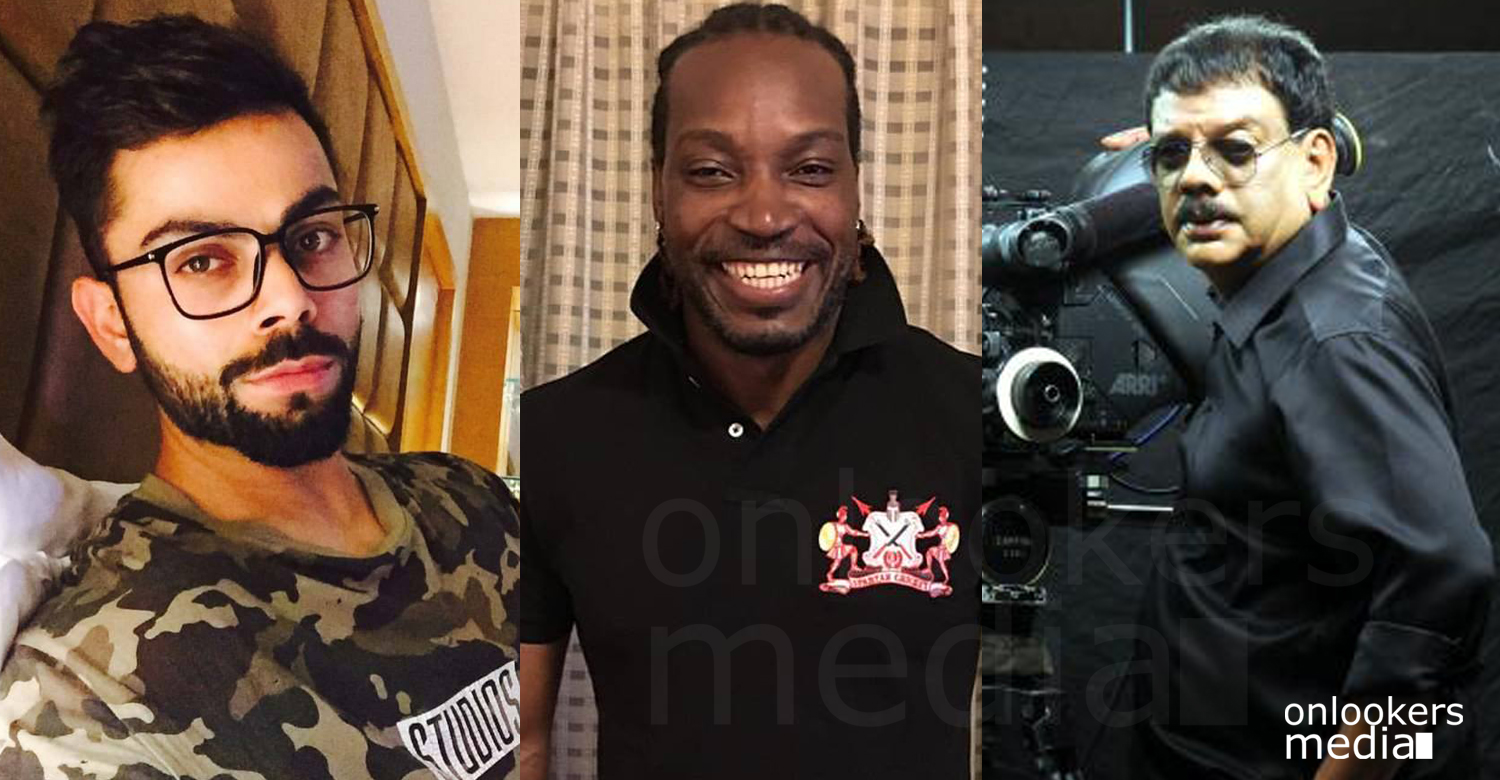 Priyadarshan back to ad film making and this time with Virat Kohli, Chris Gayle and Shane Watson

Master director in Indian Film industry and one of the most successful director in Mollywood and Bollywood, Priyadarshan back to ad film making after a gap. He is now filming an advertisement in Bangalore and that too with the most popular crickets in world cricket. It was Virat Kohli, Chris Gayle and Shane Watson who participated in the advertisement shot by Priyadarshan. The cricket stars was in the team jersey of their IPL team named Royal Challengers Bangalore. Priyadarshan had come to the location of this ad film after wrapping up the first schedule of his film Oppam, which had The complete actor Mohanlal, the great friend of the director in the lead role.

The second schedule of this crime thriller will be in May this year. Priyadarshan had directed many successful ads with many popular stars from film industry and also from various fields. He had filmed cricket God Sachin Tendulkar as well. Other cricketers like Rahul Dravid, Yuvraj singh, Virender Sehwag and Zaheer Khan too for various advertisement. Priyadarshan says that ad film making is very challenging because you have to make the audience understand about an idea within the gap of a few seconds and there will not be the scope of any detailing. But Priyadarshan tells that it had helped him a lot while he is making movies as he had become an expert in establishing a character or a situation without much detailing. He also appreciated the cricket stars like Virat Kohli, Chris Gayle and Watson that they are so natural while acting and they always keep the set very lively. Priyadarshan also opined that after retiring from cricket most of the cricketers can try their luck in the film field as they had the talent and no camera fear at all.

The shoot of the commercial WAS IN Bangalore and popular movie actress Sruthi Hasan also took part in the filming of that commercial. Priyadarshan had done many national and international commercials and now all set to be back there in full flow.

Madhavan coming back to Mollywood through Dulquer movie Love in Anjengo !
Dulquer Amal Neerad movie release will be delayed
To Top