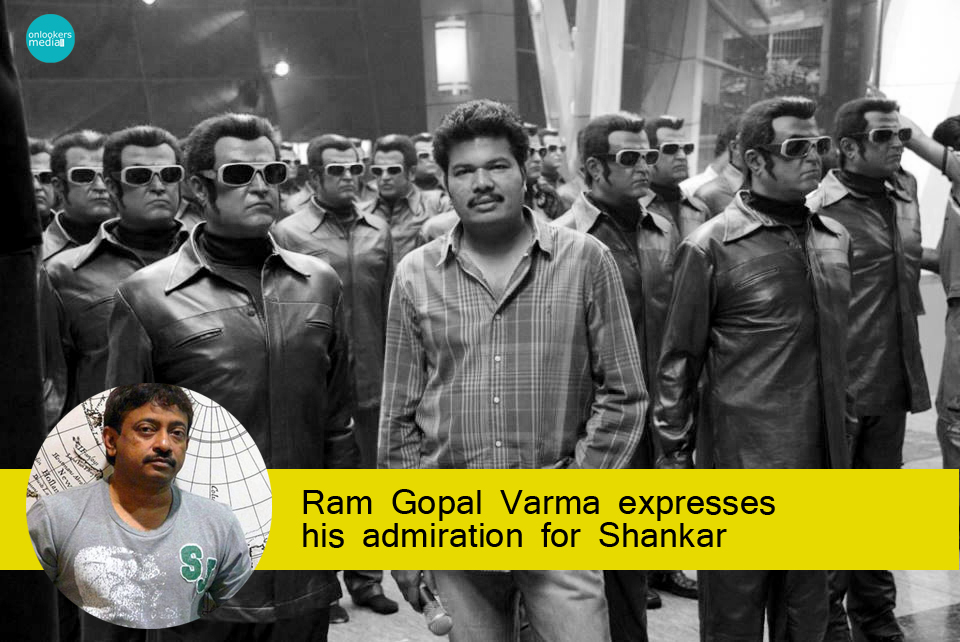 ake an everlasting impress on fans. Even his critics cannot deny the fact that he is a pure genius.   This is why his movie, I, is one of the most hyped movies in 2015. The thrilling trailers of the movie are welcomed with acclamation by the fans. It appears that Ram Gopal Varma is one among them. He eulogized Shankar on his twitter after watching the trailer of the movie.

Ram Gopal Varma is known for speaking his mind without any botheration about the consequences. He noted that Shankar is a greater personality than Jayalalitha and Rajinikanth. He also added that Shankar has shocked not just the directors but the entire film world with his peerless work in the movie.

The movie has Vikram as the protagonist. The movie is destined to be a huge milestone in his career. Amy Jackson plays the central female character in the movie. They have already worked together in the movie Thaandavam where she played on of the supporting roles. It is said that Shankar wanted someone who has a genuine looks of a model for the character. After considering various names, they have earmarked Amy for the role. Santhanam, Rajkumar, Prabhu and many others make valuable contributions in the movie. Suresh Gopi also portrays an important character in the movie.

One of the high points of the movie is its superlative technical quality. It is considered that the movie is certain to leave the audience astounded due to its unprecedented technical exquisiteness. P.C. Sreeram takes care of the cinematography department.  This is the first time Sreeram is doing the cinematography work for Shankar. Another plus point of the movie is the music composition by A.R.Rahman. . The songs of the movie are already trending, especially on campuses. It is rumoured that Vikram has gone through a significant makeover for the movie. It took three years to conclude the movie.

The movie is expected to release in the first week of January. V. Ravichandran and D. Ramesh Babu finance the movie. Judging by the reception the trailers of the movie have obtained, it is safe to say that the movie is bound to make a massive impact on its release.

Mammootty is just like a storm and Mohanlal is gentle, says Tini Tom
Malayalam Cinema 2014 A Boxoffice Talk
To Top