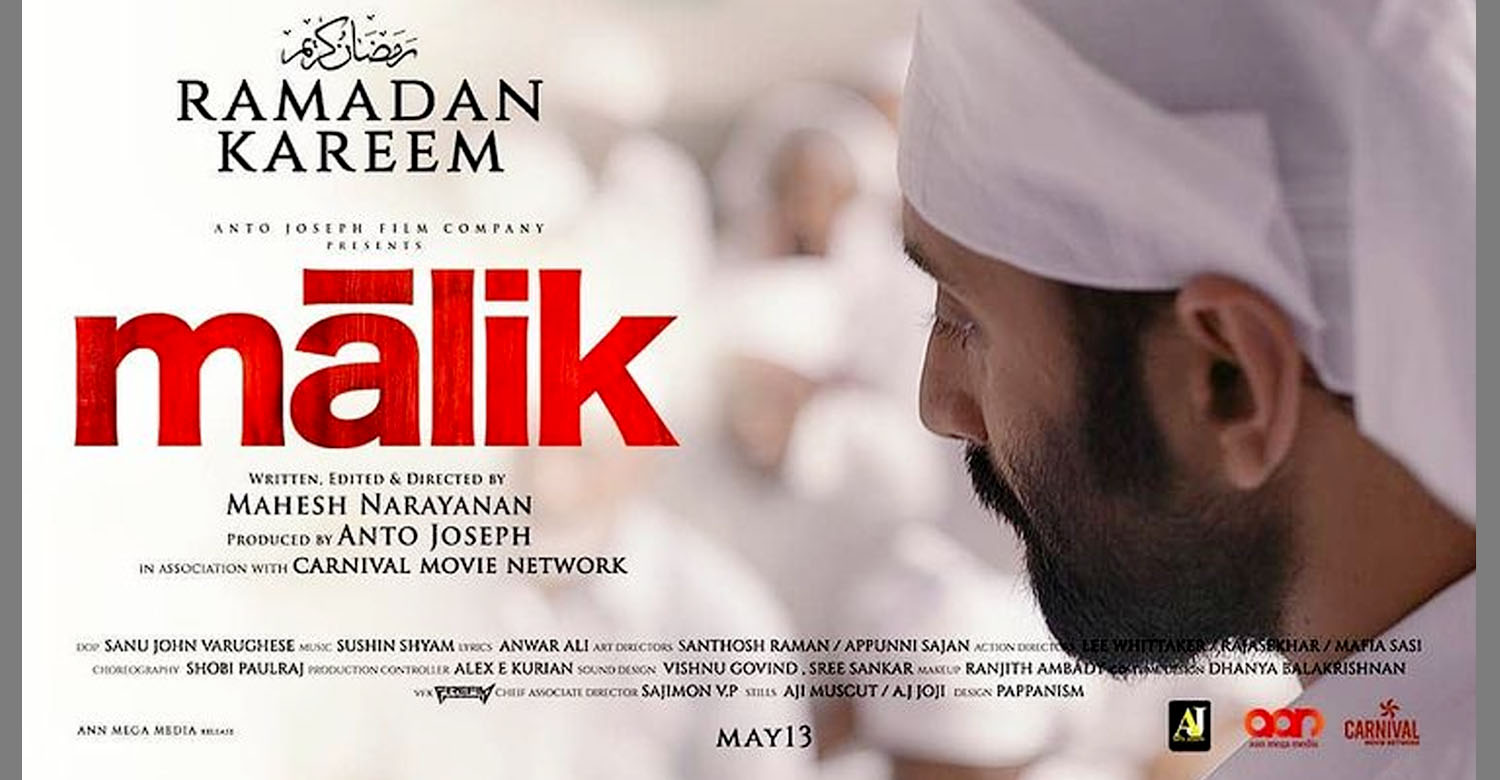 Ramadan special poster of Malik out

As the holy Ramadan season begins, the makers of the upcoming Malayalam movie ‘Malik’ have released a new poster online. The Fahadh Faasil starrer is gearing up to hit screens on May 13. Directed by Mahesh Narayanan of ‘Take Off’ fame, it is a semi-period film that spans multiple timelines. It is inspired by some real life incidents.

‘Malik’ is set in a sensitive coastal area where there was a resistance against the constant threat of displacement of a minority community. Fahadh Faasil plays the lead character of Sulaiman Malik who is like a leader to the community. Vinay Forrt, Nimisha Sajayan, Dileesh Pothan, Joju George, Dinesh Prabhakar, Indrans, Sudhi Koppa, Chandhunath, yesteryear actress Jalaja and Maala Parvathy will be seen in supporting roles.

The promos of ‘Malik’ have so far been promising. The film’s recently released teaser garnered good response from cinephiles in social medias. The fact that Fahadh Faasil-Mahesh Narayanan duo’s previous two films — ‘Take Off’ and ‘C U Soon’ — were successful further heightens the expectations.