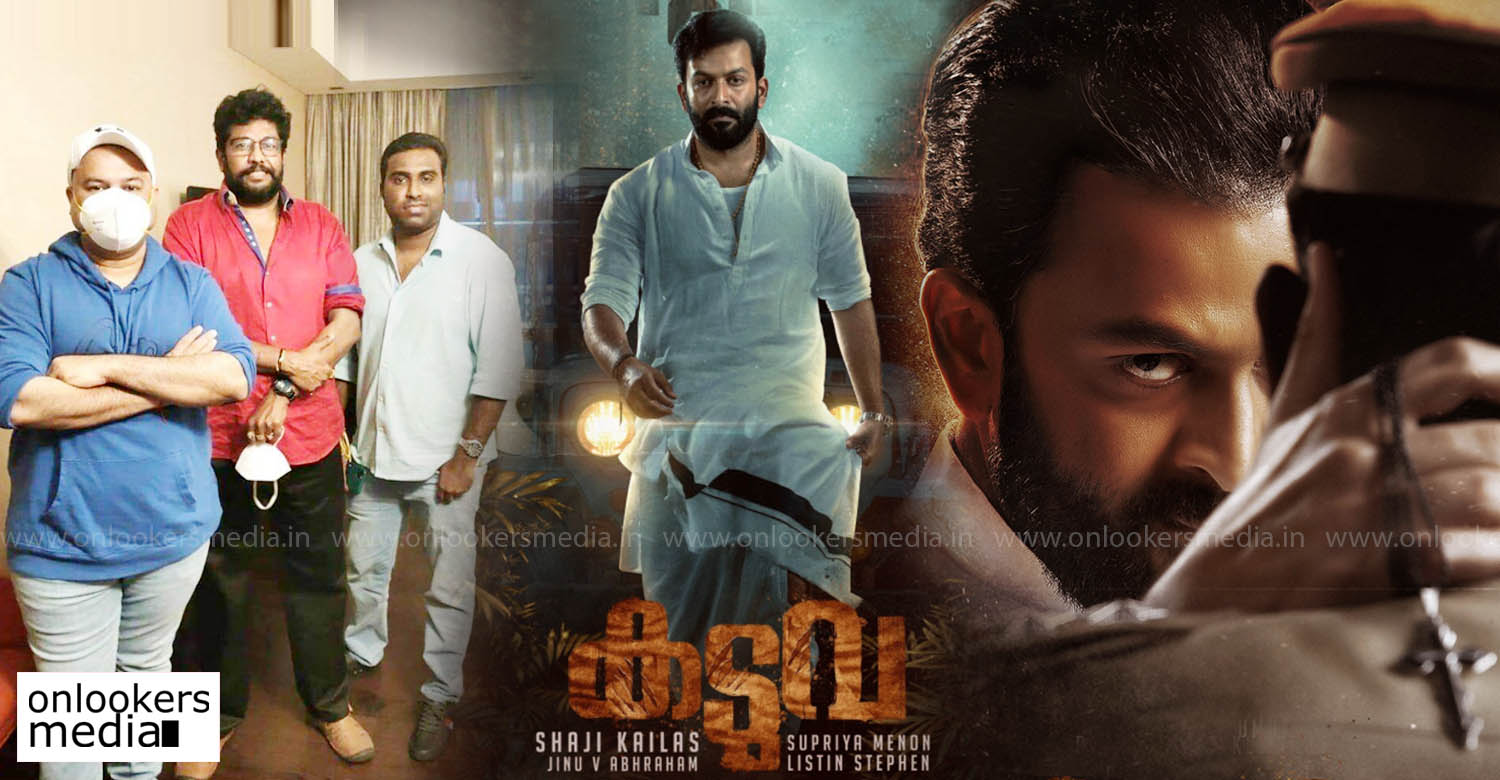 Prithviraj Sukumaran’s much talked about film ‘Kaduva’ is expected to go on floors soon. Pre-production works are progressing in full swing. Music director S Thaman has already started composing works for the film. A photo taken with director Shaji Kailas during one of the recording sessions is doing the rounds in social medias.

Thaman is one of the most wanted music directors in Telugu film industry today. He is the first-choice for several big star films in Tollywood. ‘Kaduva’ marks his debut in Malayalam and his music is one of the biggest reasons to look forward to the film.

‘Kaduva’ was in the news after a legal battle ensued with the makers of Suresh Gopi’s 250th film. Jinu Abraham, the scenarist of ‘Kaduva’ had approached the court alleging that there were similarities between the two films. Both the films were based on the same character, Kaduvakunnel Kuruvachan, which was inspired from the real-life story of Kurivanakunnel Kuruvachan, a planter-based in Pala. The Kerala high court then ordered a stay on the shoot and promotional activities of the Suresh Gopi starrer. It was later revamped with a new script and got titled as ‘Ottakomban’

Thalapathy 65 to be a pan-Indian film
Shoot for Dulquer Salmaan’s Kurup wrapped up!
To Top