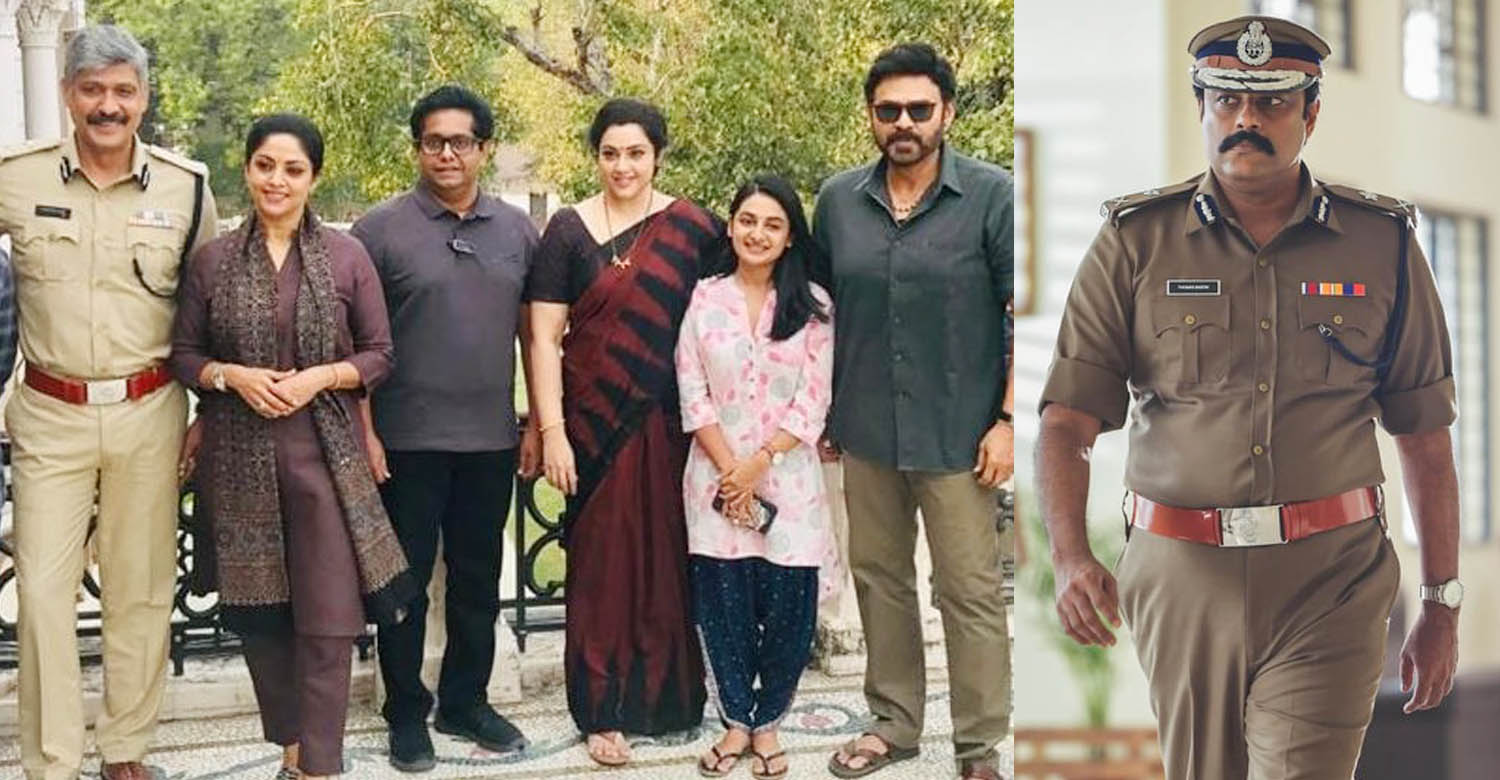 Shoot for ‘Drishyam 2’ Telugu version is currently progressing at a brisk pace. Jeethu Joseph, who directed the original is helming the remake as well. Last day, the director shared a photo from the film’s sets with the main actors. Venkatesh plays the lead character named Rambabu in the film. Meena and Esther Anil are reprising their characters from the Malayalam version. Nadiya Moidu is essaying the part played by Asha Sarath.

Sampath is the new addition to the cast. He is supposedly playing the role which Murali Gopy did in ‘Drishyam 2’. Murali’s performance was unanimously appreciated with many rating it as his best till date. Sampath being an equally good actor is also expected to come up with a solid act.