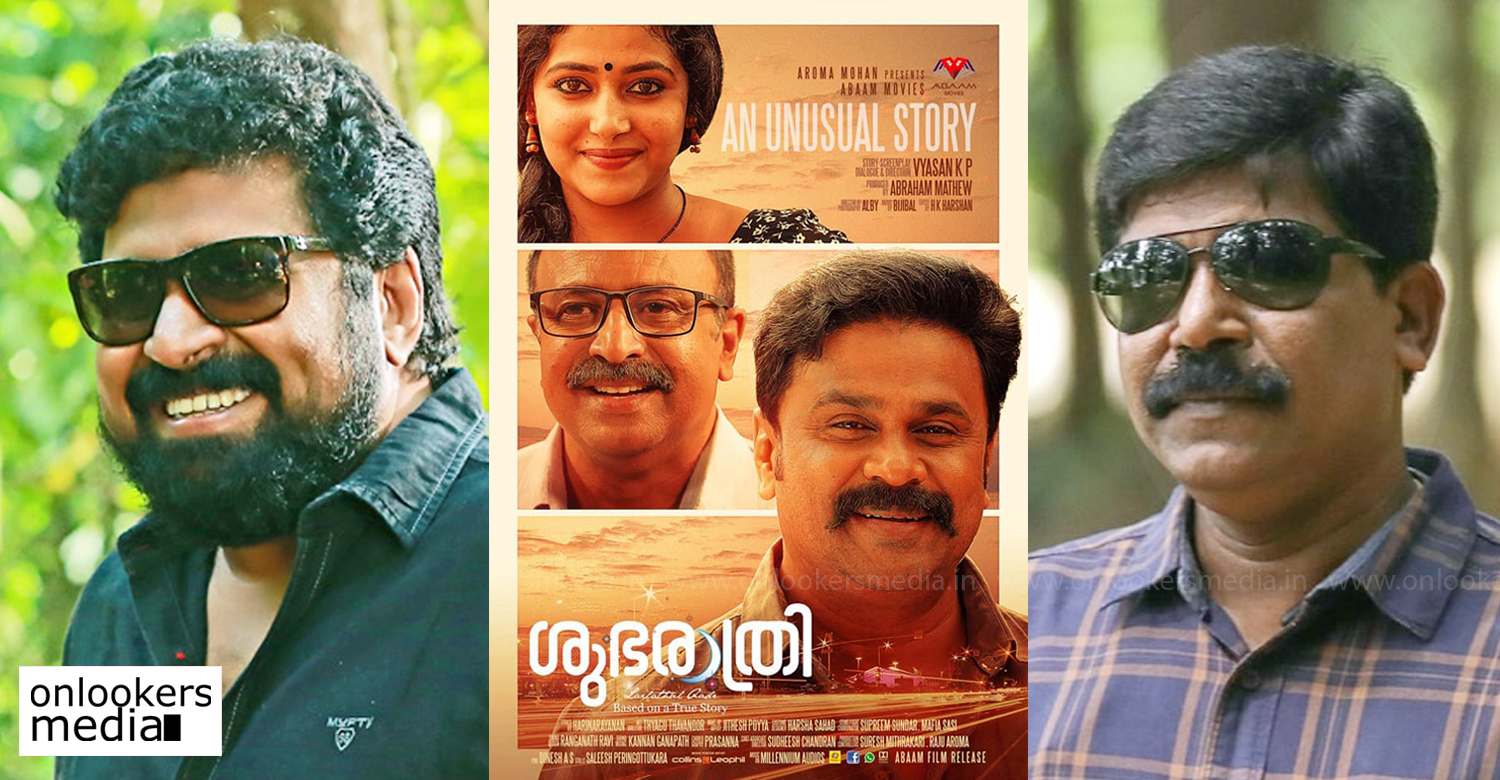 Dileep-Siddique starrer ‘Shubharathri’ is doing well in theatres. The movie has got positive response from the audience, particularly from the families for its touching story about religious harmony and compassion. Meanwhile, its director Vyasan KP is planning to collaborate with superhit scenarist Udhayakrishna next. They are teaming up for a realistic action flick, which will have two top stars in the lead roles.

As per trustworthy reports, it is a story about a rogue-like father, son duo. The arrival of a new police officer in their locality creates a big impact in their lives. As per the makers, it will be a completely realistic film with several emotional moments. Alby, who cranked the camera in ‘Shubarathri’, has been retained for this film as well. Aroma Mohan is the producer.

An official announcement with full details regarding the cast and crew will be made very shortly.