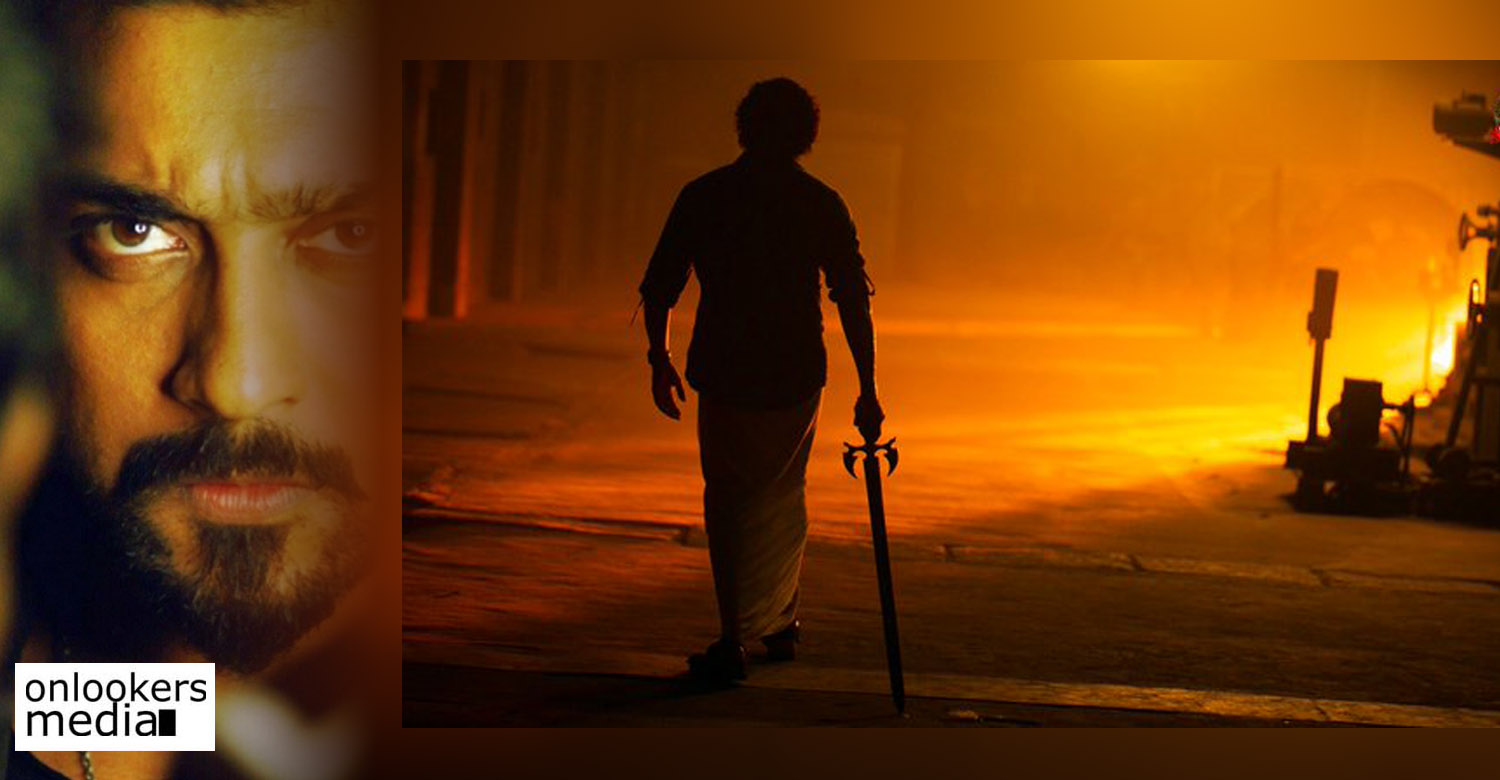 Silhouette of Suriya with a sword in his hand sends fans into a frenzy!

Actor Suriya is currently shooting for his new film directed by Pandiraj and produced by Sun Pictures. Last day, the makers shared a mass photo of the star from the film’s sets. It is a silhouette of Suriya walking majestically with a huge sword. He is seen sporting long hair in this photo. Earlier, the makers had released another similar photo in which he was seen holding a gun. It is a clear indication that the film will be an action-packed mass entertainer. The new photo has already gone viral among his fans in social medias.

On the technical front, the film has Rathnavelu as the cinematographer and the recent National-award winner D Imman as the composer. Ruben handles the edits and AnbAriv duo is choreographing the stunts.

The Priest to release in Amazon Prime Video on April 14
Dulquer Salmaan has elevated Aravind Karunakaran far beyond what we had conceived: Rosshan Andrrews
To Top