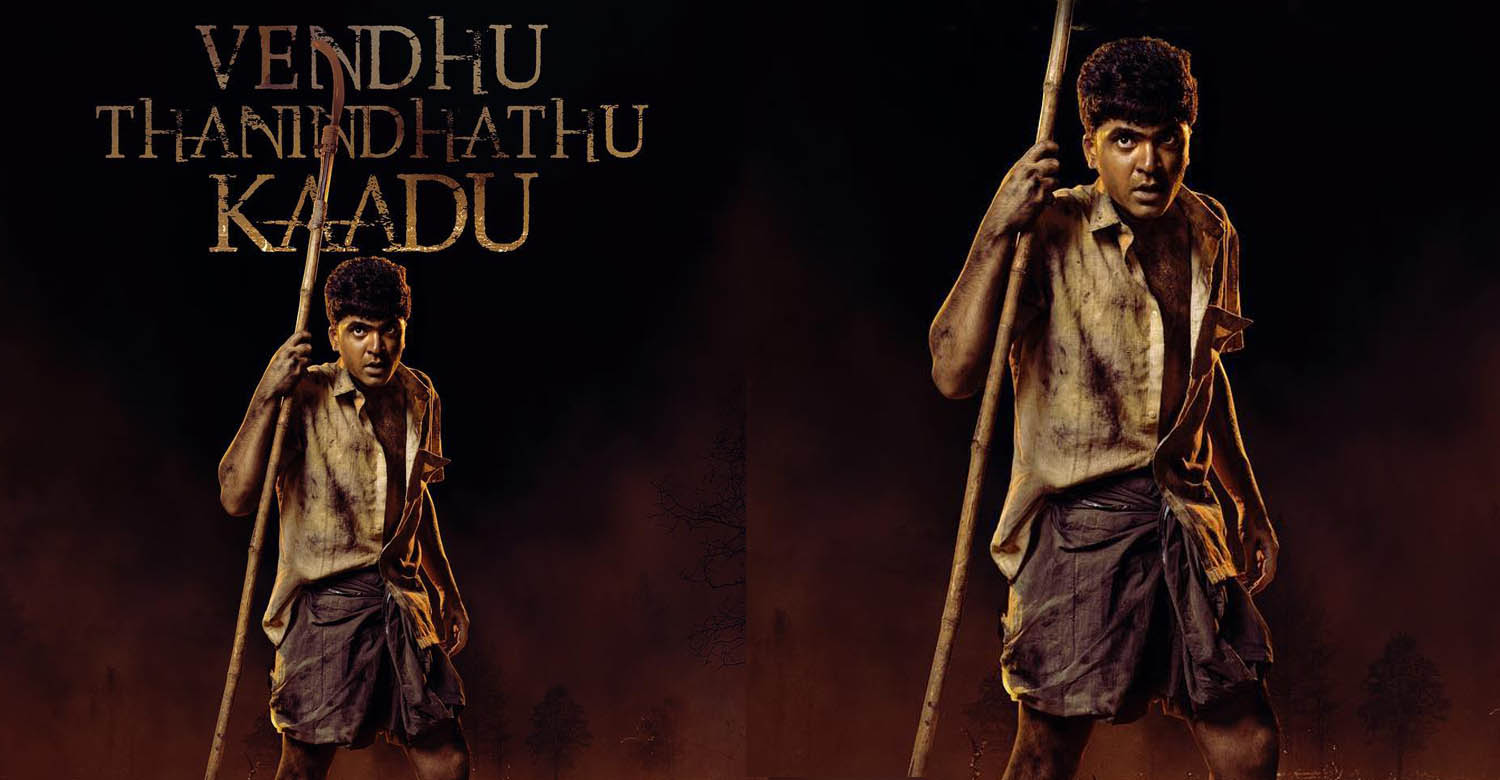 Earlier this year in February, it was announced that Simbu and Gautham Menon would be teaming up for a new film titled ‘Nadhigalilae Neeradum Suriyan’. AR Rahman was signed as the music director and Dr Ishari K Ganesh of Vels International was supposed to produce it. However, the project seems to have been dropped now as the same team has announced a new title with a first look poster. Titled as ‘Vendhu Thanindhathu Kaadu’, it promises to be a completely different from Gautham Menon’s usual works. The first look poster has Simbu in a rural getup and is nearly unrecognizable in the lean look. His unique makeover and the forest fire setting in the first look is certainly intriguing.