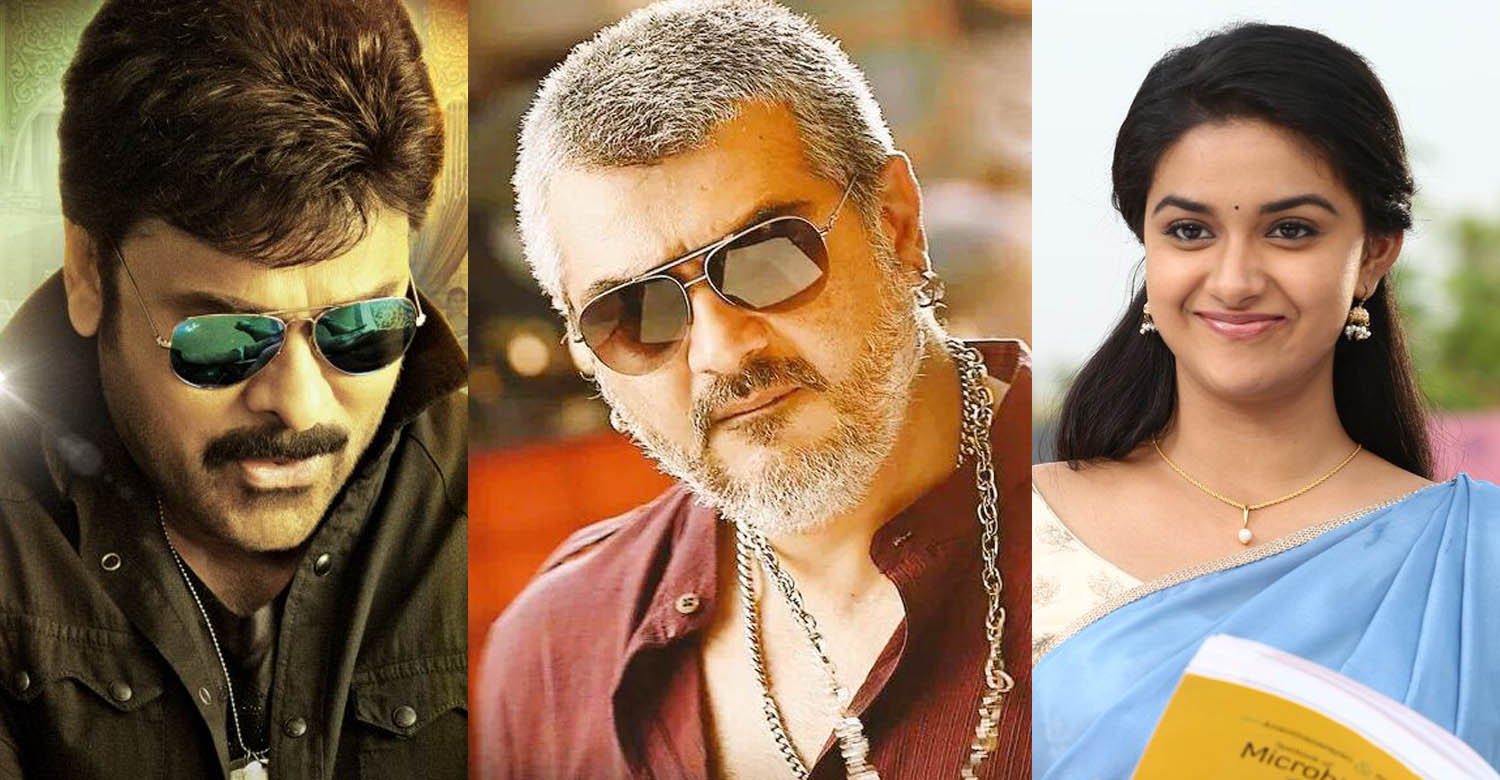 Megastar Chiranjeevi is set to remake the blockbuster Ajith-starrer ‘Vedhalam’ in Telugu. Meher Ramesh of ‘Billa’ fame will be directing the film and it will be produced by AK Entertainments. The makers are planning to start shoot in October. Keerthy Suresh has been signed to play the role of Chiranjeevi’s sister in the film. Earlier, the makers had earlier approached Sai Pallavi for the role.

‘Vedhalam’, released in 2015, is an action-packed entertainer directed by Siva. Lakshmi Menon played the role of Ajith’s sister in the film. Shruti Haasan, Rahul Dev, Kabir Duhan Singh and Ankit Chauhan essayed the other major roles. Though the film got mixed reviews from the critics, fans and common audience lapped it up. It eventually emerged as a big blockbuster at the box office.

There were also reports about John Abraham in the Hindi remake of ‘Vedhalam’ but it hasn’t been officially announced yet.