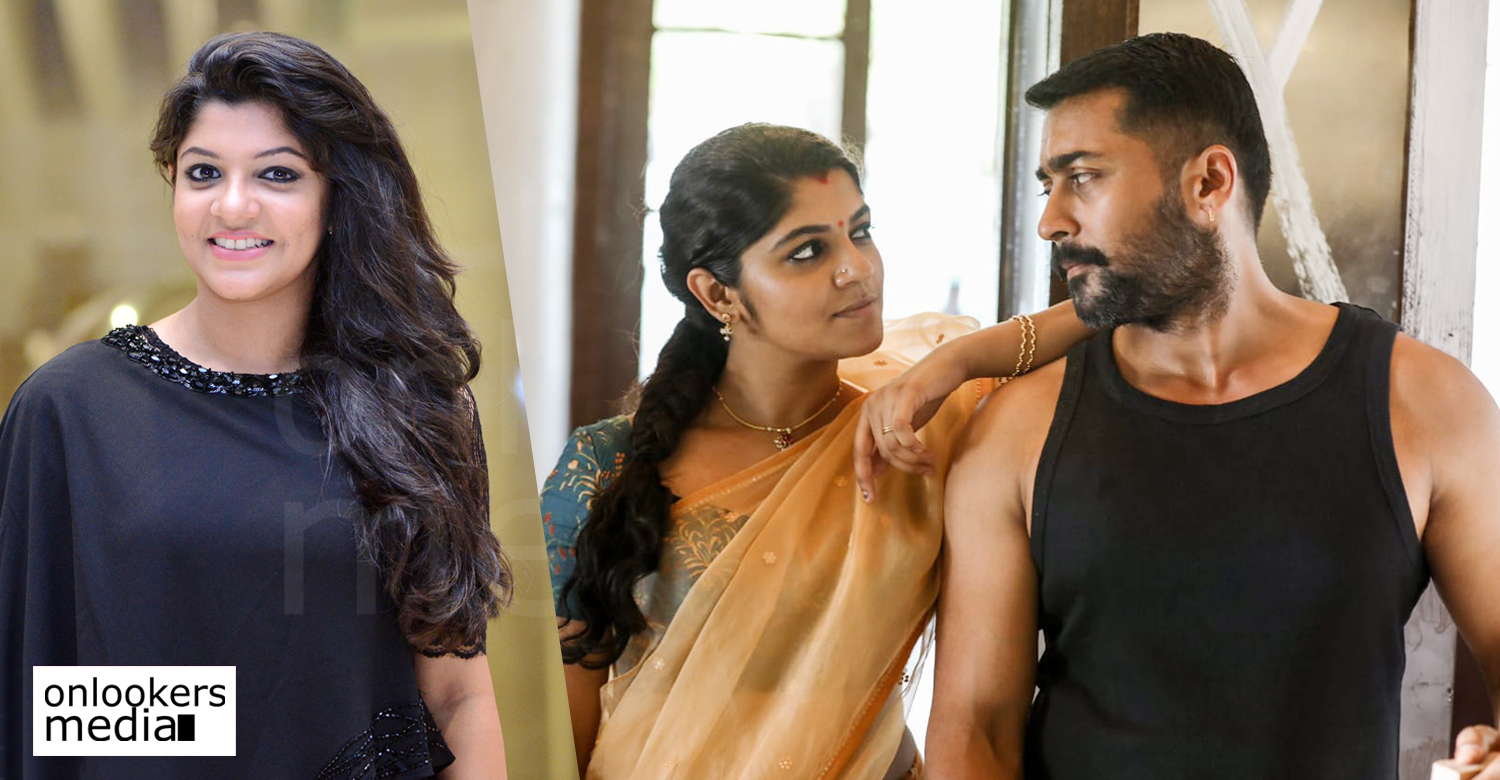 Soorarai Pottru: Aparna Balamurali dubs in Madurai slang under the guidance of a special coach!

Suriya starrer ‘Soorarai Pottru’ is a highly anticipated film. It was suppose up to hit screens this month but due to the lockdown, plans had to be changed. The film directed by Sudha Kongara of ‘Irudhi Suttru’ fame is loosely based on the life of GR Gopinath, the founder of Air Deccan. Suriya plays a character named Nedumaaran Rajangam Maara, a common man hailing from Madurai who dreams of owning an aircraft business.

Malayali actress Aparna Balamurali is paired with him. She essays a character named Bommi. This is her third outing in Tamil after ‘8 Thottakal’ and ‘Sarvam Thaala Mayam’. For her character in ‘Soorarai Pottru’, the actress underwent several interesting workshops. She dubbed in the typical Madurai slang with the help of a special coach.

Newborn’s first Vishu; Samvritha Sunil feels thankful for being privileged enough to spend these tough times together with family!
I think Lucifer fits my personality: Chiranjeevi
To Top