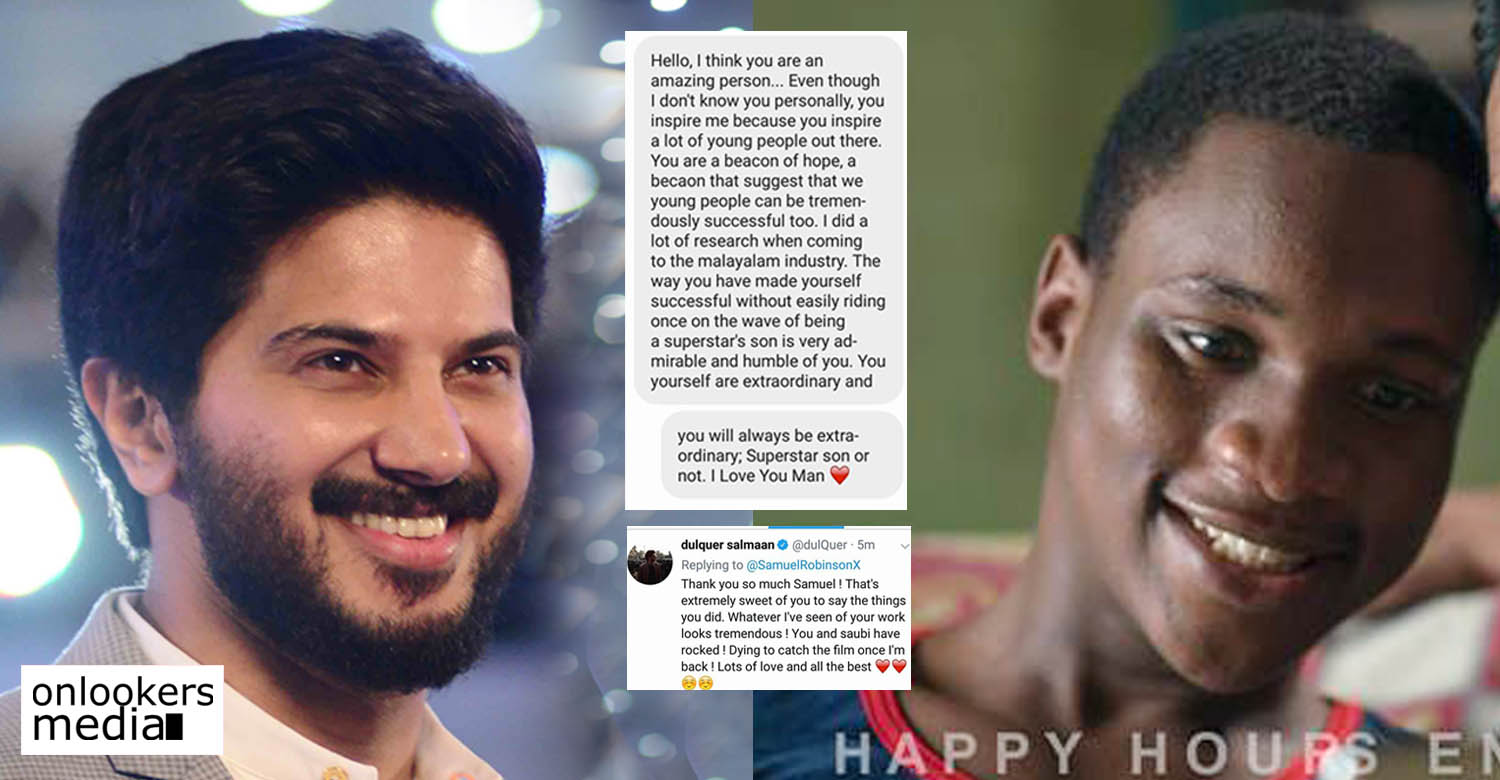 ‘Sudani From Nigeria’ is the latest talk in social medias. Releasing last Friday (March 23), the movie opened to unanimously positive reviews from the critics as well as the common audience. Newcomer Zakariya has directed the movie which stars Soubin Shahir and African actor Samuel Abiola Robinson in the lead roles. Both the actors are being showered with praise for their performance.

The 20-year-old Samuel is already an audience favorite. In a recent interview, when asked about his favorite actor in Malayalam cinema, pat came the reply – ‘Dulquer Salmaan’. Apparently, when Samuel was first approached for Sudani From Nigeria, he did a small online research about Malayalam cinema and from there he learnt about Dulquer. Samuel added that he became a fan of Dulquer after watching the trailers of his movies like Kali, Neelakasham Pachakadal Chuvanna Bhoomi.

Samuel, in his official social media handle, has posted a screenshot of a message he sent to Dulquer. In the message, he has written about how he came to know about Dulquer and how much he admires him for making it to the top on his own despite being a superstar’s son.

@dulQuer a lot of research when coming to the malayalam industry. The way you have made yourself successful without easily riding once on the wave of being a superstar’s son is very admirable and humble of you. You yourself are extraordinary and you will always be extraordinary; Superstar son or not. I Love You Man

Thank you so much Samuel ! That’s extremely sweet of you to say the things you did. Whatever I’ve seen of your work looks tremendous ! You and saubi have rocked ! Dying to catch the film once I’m back ! Lots of love and all the best Truly a fanboy moment for the 20-year-old Samuel Robinson.

Big releases coming up for Mohanlal and Mammootty!
Sivakarthikeyan and Rakul Preet Singh team up for a science-fiction thriller
To Top