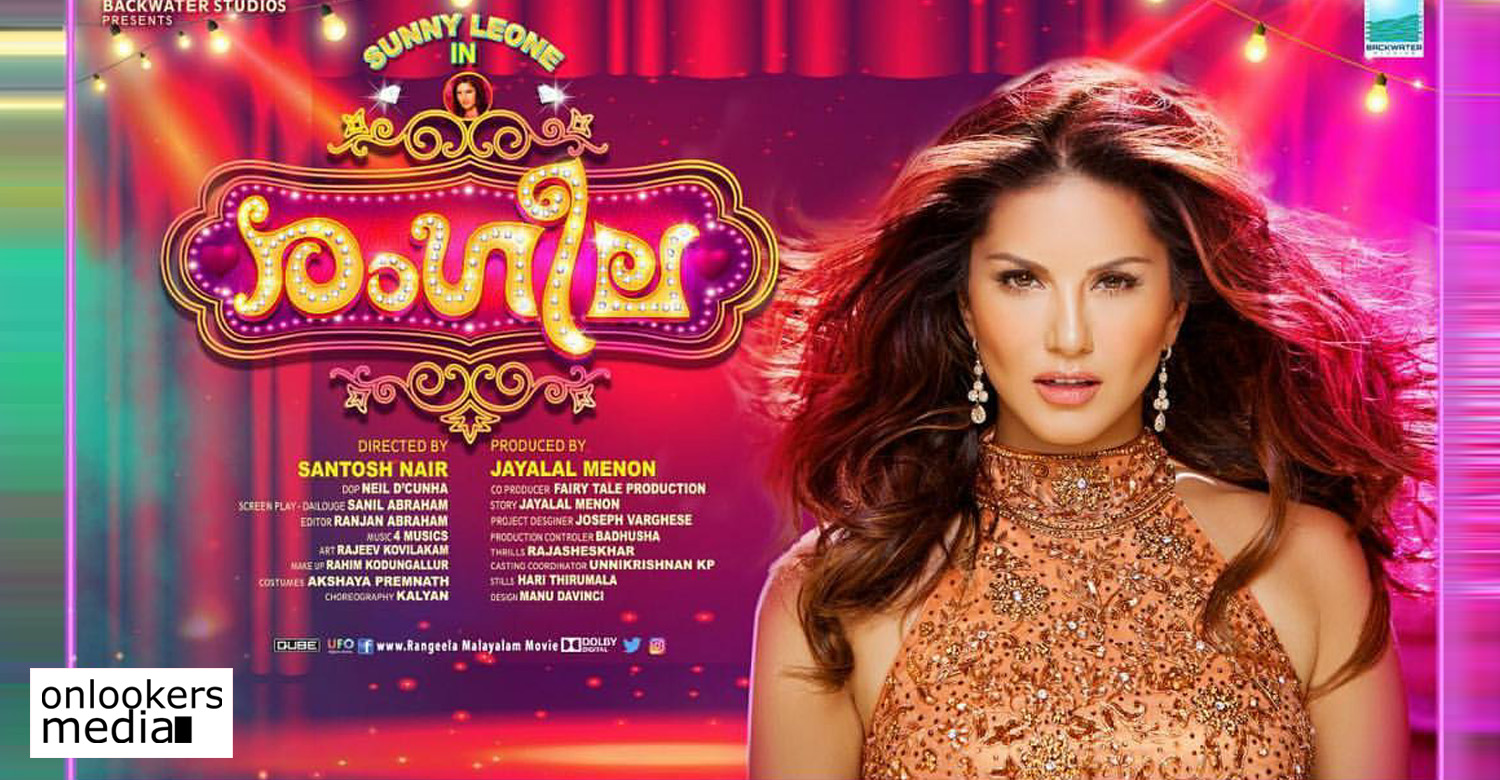 As reported by us earlier, Sunny Leone is making her Malayalam debut with a film titled ‘Rangeela’. The movie is to be directed by Santhosh Nair of ‘Money Ratnam’ fame. Shoot for the movie is set to commence by the beginning of next month. The actress herself revealed this through a social media post which reads,

Hey everyone I’m going to make my debut in a Malayalam full length feature film “Rangeela” all set for shooting the first of February ! The film is directed by Santosh Nair and produced by Jayalal Menon under the banner Backwater studios

As per the makers, ‘Rangeela’ is a fun road movie set around a group of people’s journey from Goa to Hampi. Sunny Leone plays the role of a south Indian diva in the film. She will be doing a special dance number in the film. Although Sunny will be present throughout the film, she won’t be having any Malayalam dialogues. Apart from her, the movie also has Aju Varghese, Hareesh Kanaran and Salim Kumar as part of the cast.

Meanwhile, Sunny will also be performing a special dance number with Mammootty in the Vysakh directorial ‘Madura Raja’. The actress reached Kochi earlier this week for the shoot.