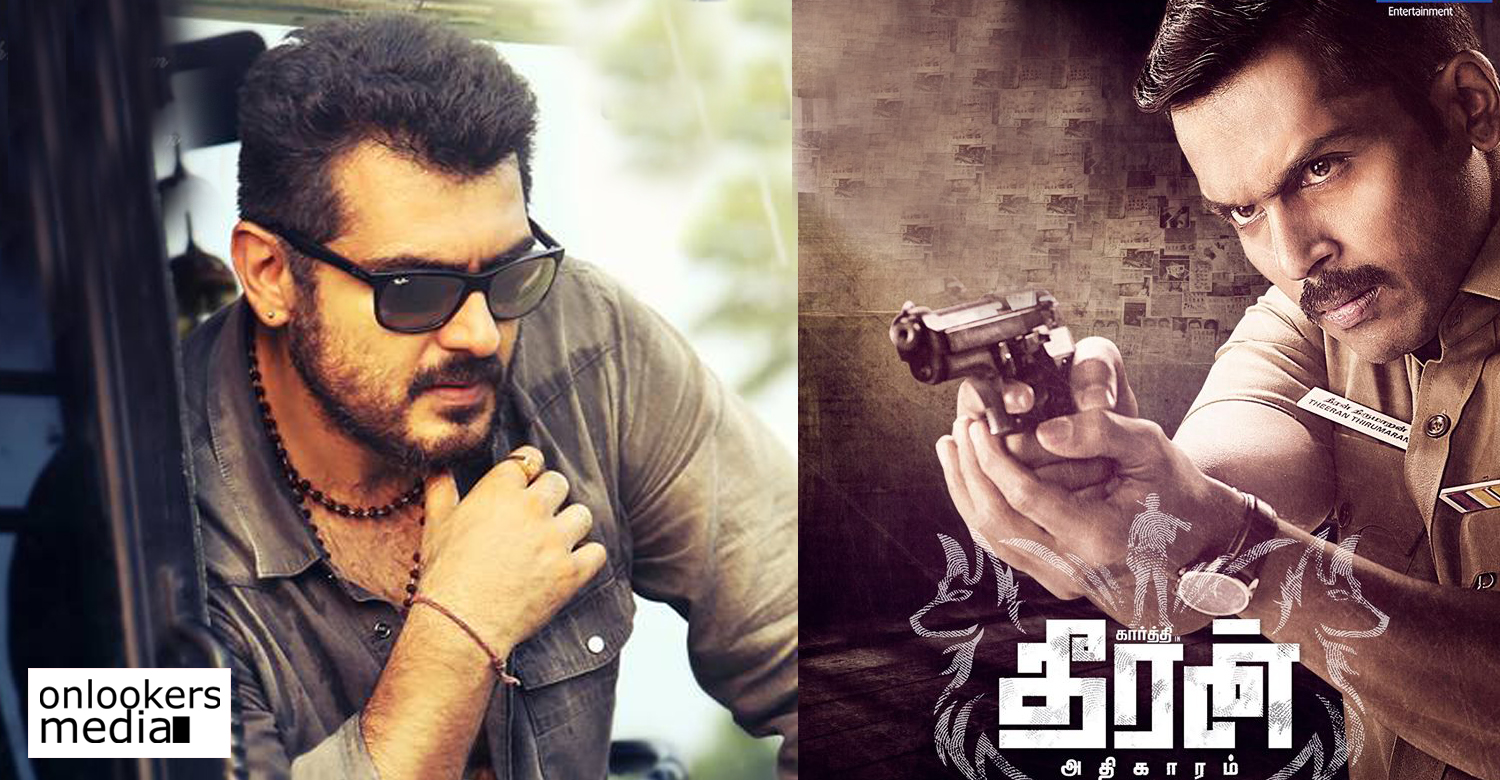 Young filmmaker H Vinoth has impressed one and all in Kollywood with his first two movies itself. Both his movies – Sathuranga Vettai and Theeran Adhigaaram Ondru – were critically and commercially successful. There has been a lot of speculations about the director’s next movie. He had earlier pitched scripts to stars like Vijay and Suriya but as per latest reports, he will be teaming up with Thala Ajith next.

Leading Tamil magazine Vikatan was the first to break the news. Reportedly, Vinoth had narrated a script to Ajith after the release of his debut film Sathuranga Vettai. But, it could not materialize then and they both moved to their respective projects. After the success of Theeran Adhigaaram Ondru, Vinoth had met Ajith once again and the star has given his nod this time around.

H Vinoth’s debut film, Sathuranga Vettai, had a relatively lesser known star cast but emerged as a sleeper hit and won critical acclaim as well. His second film, Theeran Adhigaram Ondru, which was released last year, is based on true events from the Operation Bawaria case. The movie starring Karthi in the lead has been rated as one of the best Tamil films of last year.

Ajith fans will be hoping that Vinoth comes up with something interesting for their star as well. Ajith meanwhile is all set to start shooting for Viswasam, which marks his fourth time collaboration with director Siva. The movie bankrolled by Sathya Jyothi Films is slated to go on floors this month.