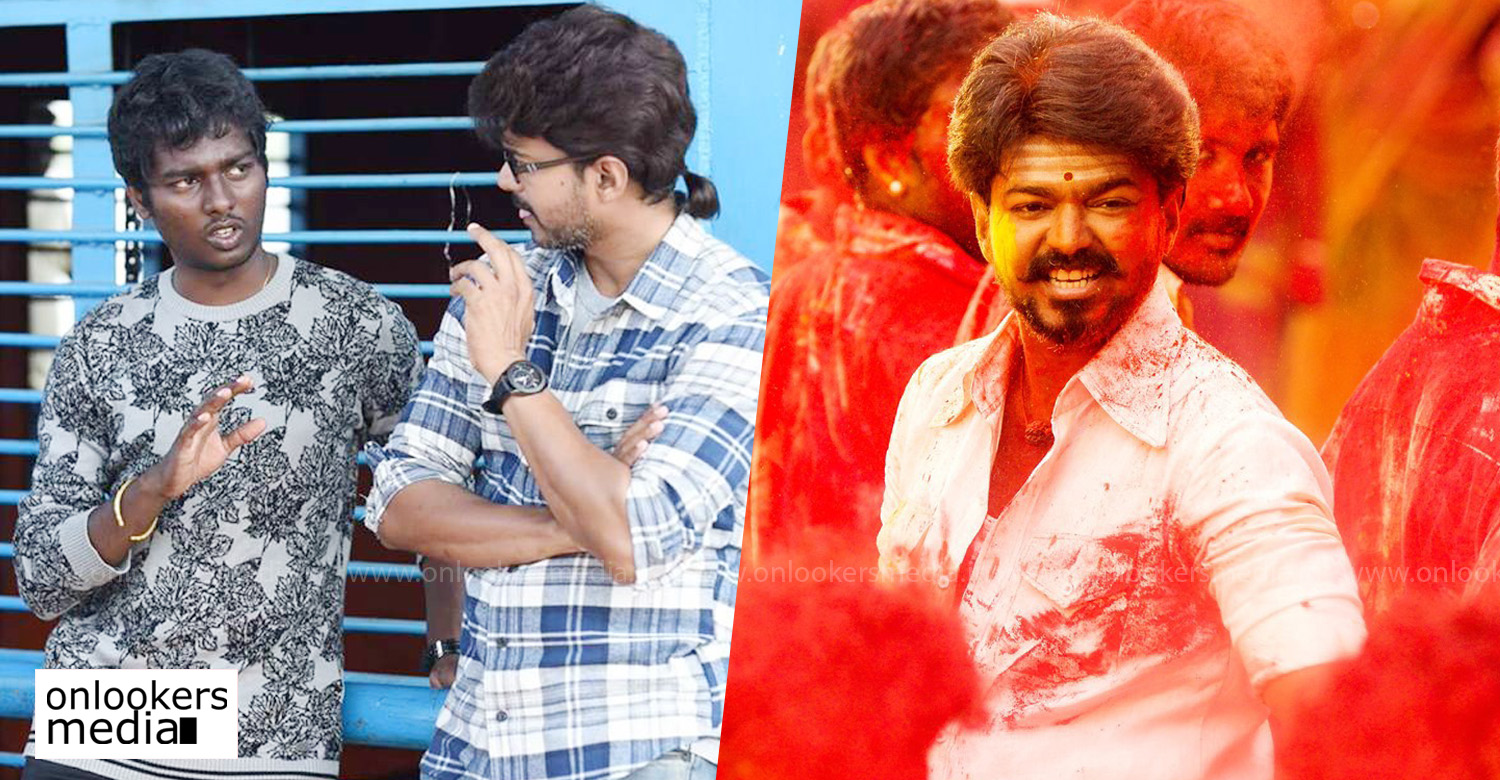 It is almost confined that Vijay’s next film after Sarkar will be with director Atlee. The duo has previously teamed up for two blockbusters – Theri and Mersal. Eyeing a hattrick of hits, Atlee and Vijay are coming together once again next year. It is reported that their new movie will go on floors by January, 2019. There is also a buzz in social medias about the movie’s title. It is speculated that the movie has been titled as ‘Aaloporan Tamizhan’, taken from the song of the same name in Mersal.

AGS Entertainment is producing this film, pre-production for which has already begun. The makers are currently in the process of finalizing the cast and crew. As Atlee’s earlier two films with Vijay were hugely successful, expectations will be on the higher side for this upcoming movie as well.

Recently, when asked about the burden of expectations, the director is quoted saying, “I feel more courageous and more responsible. I wish to do something which wasn’t done before. I’ve got a good lead. The official announcement will be made soon. Expect the unexpected.”

Meanwhile, Vijay’s Sarkar is all set to storm screens on November 6, Diwali Day The movie is getting ready as a massive worldwide release. This AR Murugadoss directorial is a political thriller that also stars Keerthy Suresh, Varalaxmi Sarath Kumar and Radha Ravi in major roles.