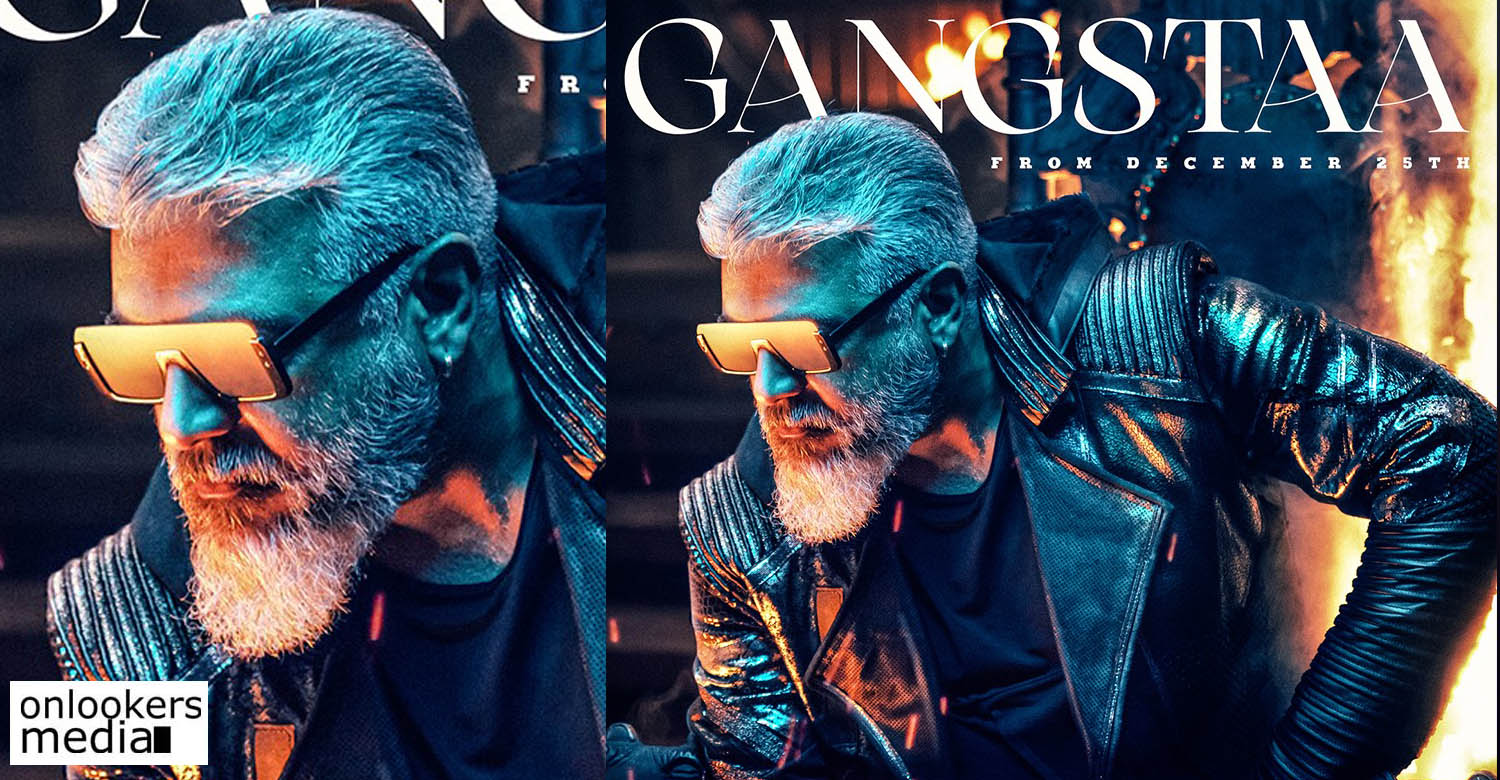 After the excellent response for the first two singles, ‘Chilla Chilla’ and ‘Kaase Thaan Kadavul’, the makers of ‘Thunivu’ have announced that the third single will be out on December 25 on the occasion of Christmas. Titled ‘Gangsta’, the song is penned by Viveka, composed by Ghibran and sung by Shabir.

‘Thunivu’, written and directed by H Vinoth, is touted as a heist thriller. It is Ajith’s third film with the director after ‘Nerkonda Paarvai’ and ‘Valimai’. Boney Kapoor’s Bayview Projects LLP and Zee Studios are jointly backing the project. The film has cinematography by NiravShah, editing by Vijay Velukutty.

Lyrics of the song “Gangstaa” read it.
Memorise it..

‘Thunivu’ also stars Manju Warrier, Samuthirakani, John Kokken and Veera. The film is all set for a grand Pongal release in January. It will be clashing with Vijay’s ‘Varisu’ at the box office. Both the films are releasing amidst high expectations. It is eight years after the Jilla-Veeram face-off that Vijay and Ajith are having a direct clash.