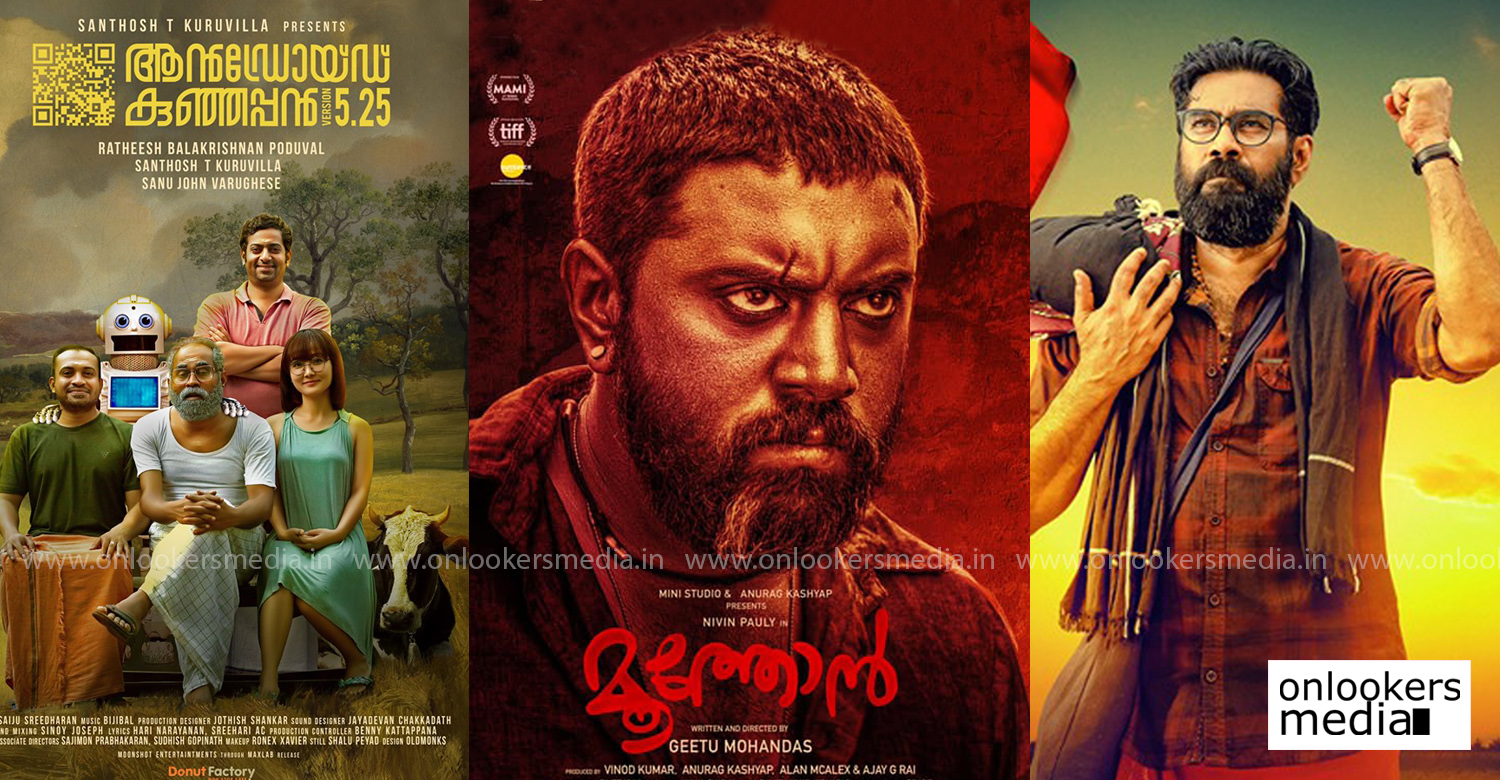 ‘Moothon’ is the most anticipated film among the lot. After successfully getting screened at Toronto International Film Festival and Jio MAMI Mumbai Film Festival, the film is finally having its theatrical release this Friday. The Geetu Mohandas directorial has been eagerly awaited ever since the great response it received at the festival circuit. Nivin Pauly, Roshan Mathew, Sobhita Dhulipala and Shashank Arora play major roles.

‘Nalpathiyonnu’ is directed by Lal Jose, who has been off colour for some time now. From the trailer and promo cuts released so far, the film looks very promising and it might just be the much needed comeback for the ace filmmaker. Scripted by Prageesh PG, it is a political satire that unravels through hilarious incidents when two people – a strong religious follower and a follower of communist ideologies set out on a piligrimage to Sabarimala. Biju Menon and Nimisha play the lead roles. A bunch of newcomers are also part of the cast.

‘Android Kunjappan Version 5.25’ is a very interesting film. Debutant Ratheesh Balakrishnan Poduval is directing the films that raised curiosity right from the time of its announcement. It is a film about robot-human interaction, something which has been attempted several times in other languages, but a first in Malayalam. It is a family drama with a science fiction element in it. Soubin Shahir, Suraj Venjaramoodu and Saiju Kurup play the three lead roles.

All the three films have some promising aspects and have the potential to do well. Let’s hope things turn out well and all these films enjoy a good run in theatres.