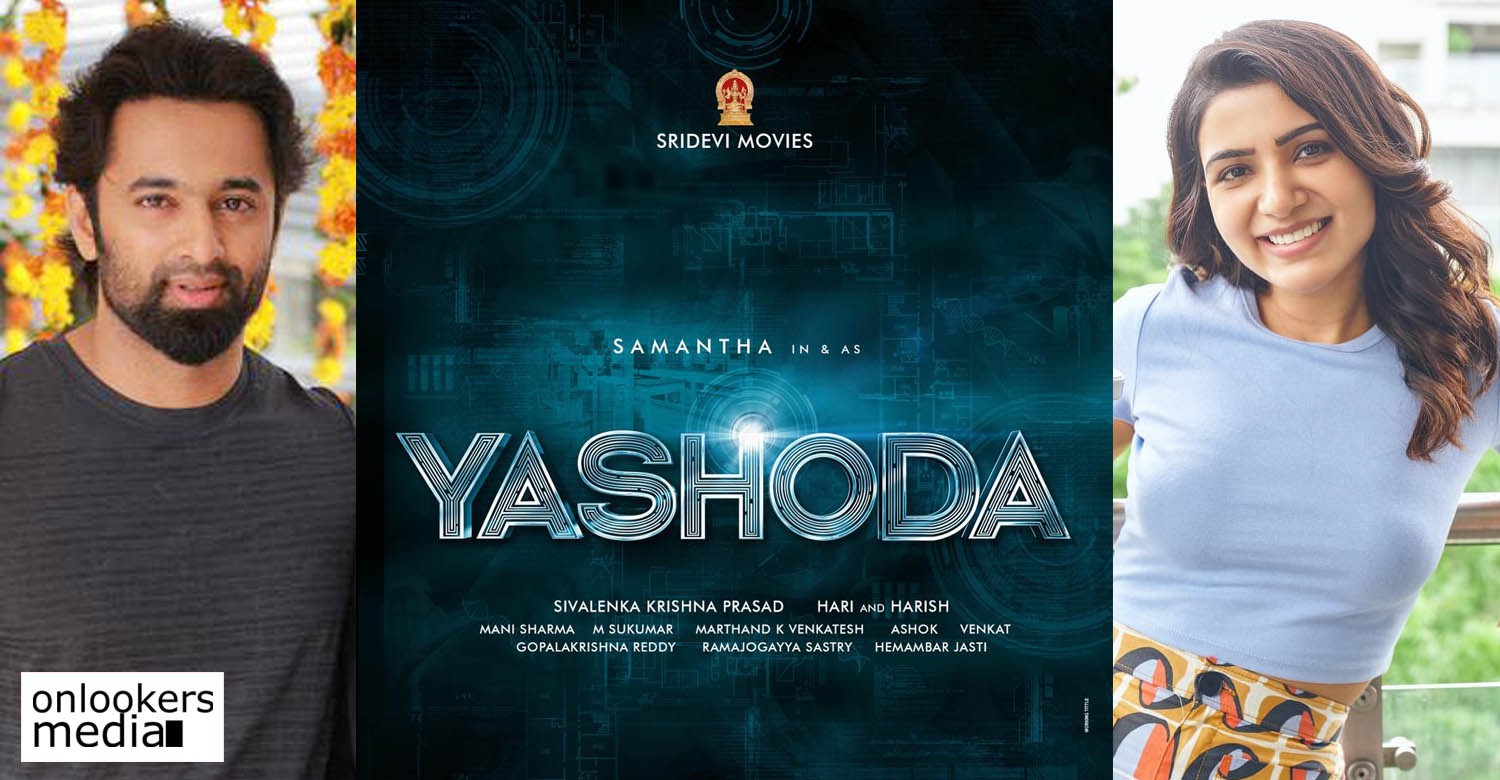 We had recently reported about Samantha signing a new Telugu film titled ‘Yashoda’. The film has now gone on floors. Directed by Hari and Harish, the film also stars Malayalam actor Unni Mukundan and Varalaxmi Sarathkumar in main roles.

Unni Mukundan had made his Telugu debut in 2016 with ‘Janatha Garage’, in which he shared screen space with Mohanlal and Jr NTR. Later, he did ‘Bhaagamathie’, in which he was paired with Anushka Shetty. Unni is also playing a prominent role in Ravi Teja’s upcoming film ‘Khiladi’, also starring Arjun Sarja.

‘Yashoda’ is said to be a female-centric film in which Samantha plays the titular role. Not many know that Yashoda is Samantha’s pet name in real life. Her close friends and family members still call her by that name.

‘Yashoda’ is produced by Sivalenka Krishna Prasad under the banner of Sridevi Movies. The makers are planning to wrap up the entire shoot by March, 2022. Mani Sharma has been assigned as the music composer and M Sukumar is handling the camera.

‘Yashoda’ is planned as a pan-Indian film with release in Telugu, Tamil, Kannada, Malayalam, and Hindi languages.