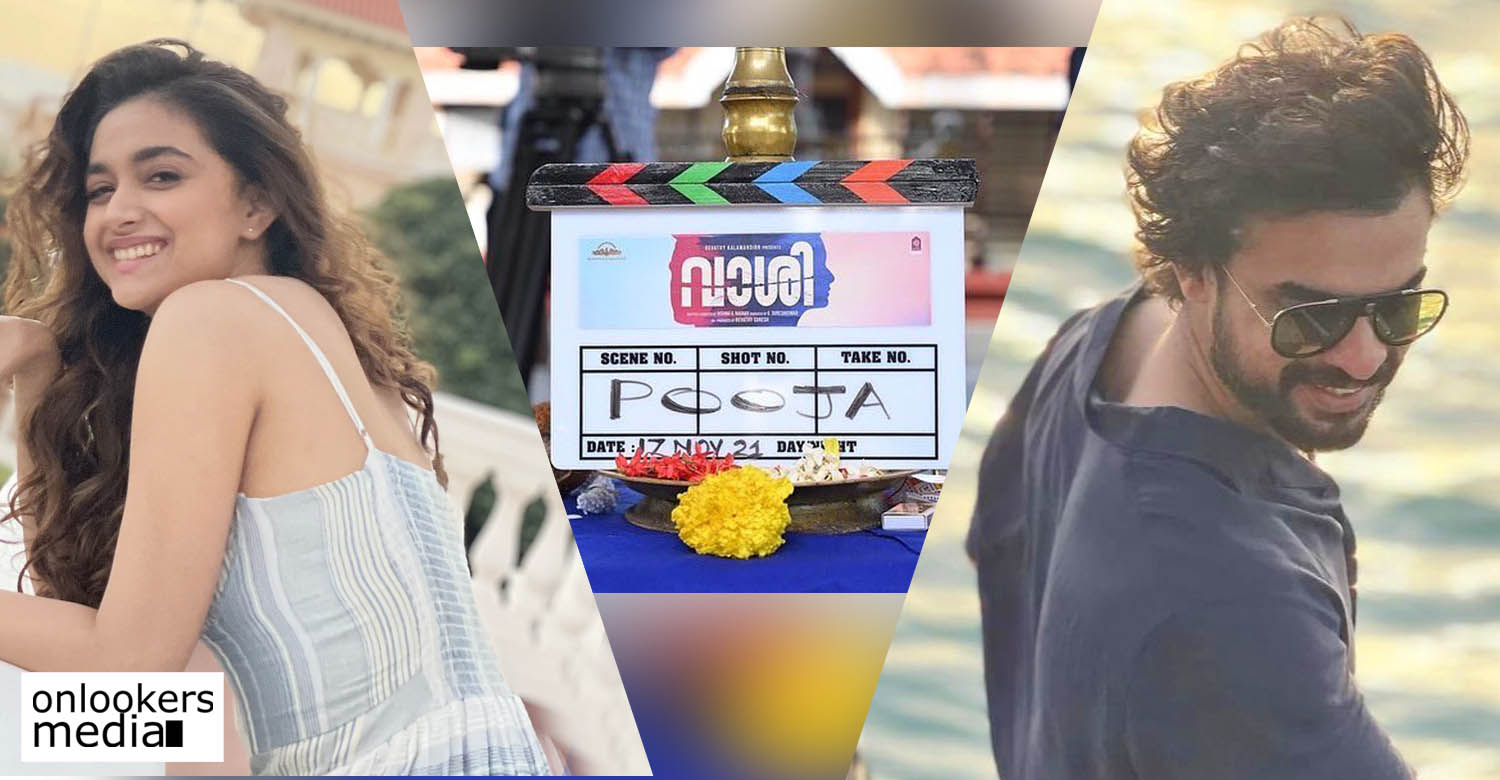 Tovino Thomas and Keerthy Suresh are coming togther for the first time for a new film titled ‘Vaashi’. It got officially launched in Thiruvananthapuram with a customary pooja ceremony. The film is directed by debutant Vishnu G Raghav, who has previously acted in a couple of films including ‘Theevram’.

‘Vaashi’ has its story penned by Janiz Chacko Simon and screenplay by director Vishnu. The film has Neil Dcunha as the cinematographer, Kailas Menon as the music director and Mahesh Narayanan handling the edits.