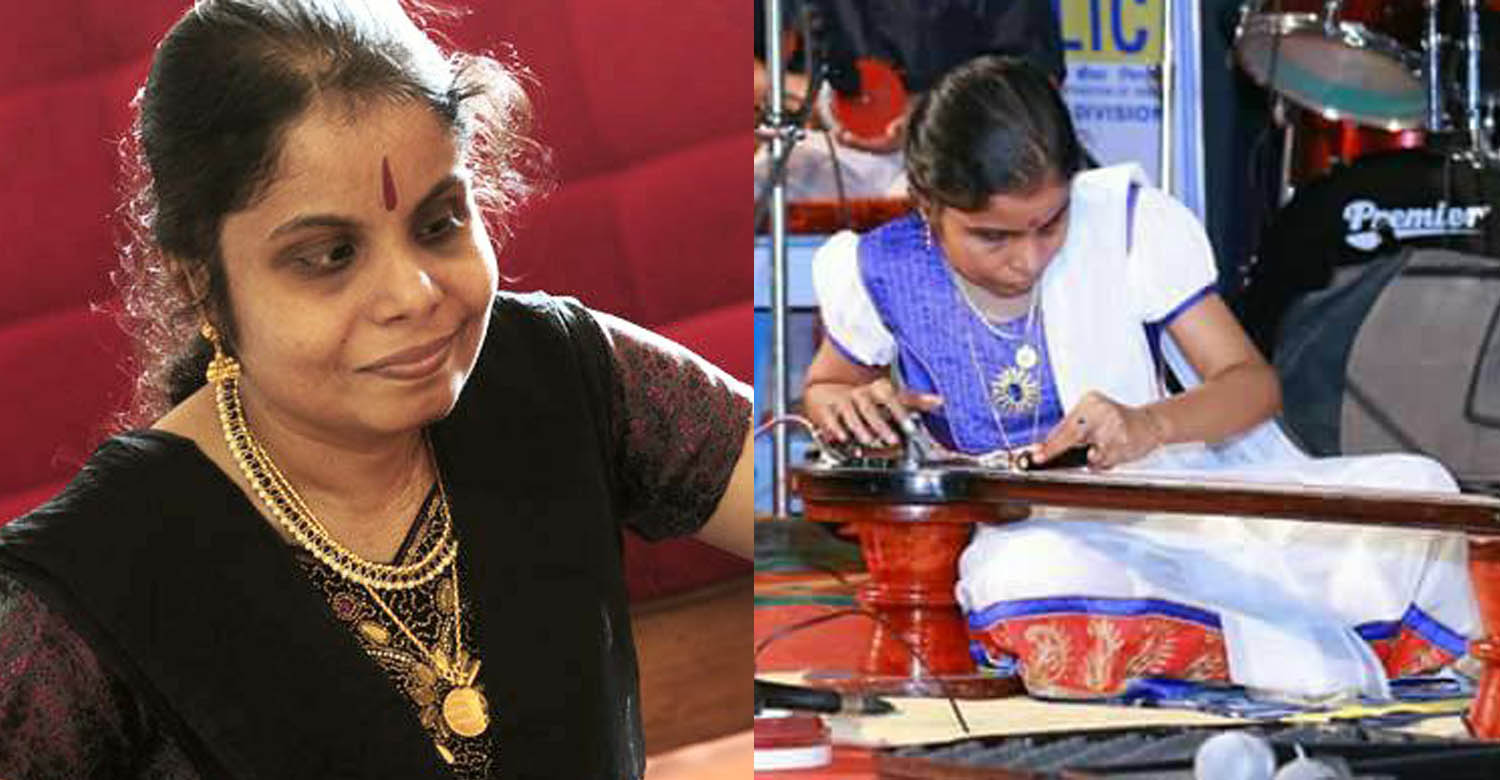 Popular Malayalam playback singer Vaikom Vijayalakshmi has set a world record by playing the instrument Gayathriveena for five hours non-stop, at an event in Kochi.

The talented singer recently called off her wedding after some unacceptable demands by the groom’s side. Not one to go down, the visually-challenged singer set a new world record today. She reportedly played 67 songs including Malayalam, Tamil and Hindi with the Gayathriveena instrument.

She played 12 keerthanas also in the Gayathriveena during the five hour long performance.

“I am grateful to God. I could fulfill the dreams of my parents, gurus and well wishers,” Vijayalakshmi said, after achieving the feat. The event organisers confirmed that her name would be suggested for the Limca Book of Records.

Last year, she got engaged to engaged to Santhosh, who is also a musician hailing from Puthiyangadi. They were all set to enter wedlock in March.

After their engagement, Santhosh had asked her not to participate in any programmes and instead asked her to work as a teacher in a music college. He had also accepted to stay in Vijayalakshmi’s home after marriage but later informed her that they will be moving to a relative’s house. This forced Vijayalakshmi to call off the wedding.

Vijayalakshmi was praised for taking a bold decision by not letting go off her career for the sake of a married life. Support flowed in for her from celebrities and social media users.

Attack on actress; There was a conspiracy against me: Dileep
Angamaly Diaries- So far, the best of 2017
To Top