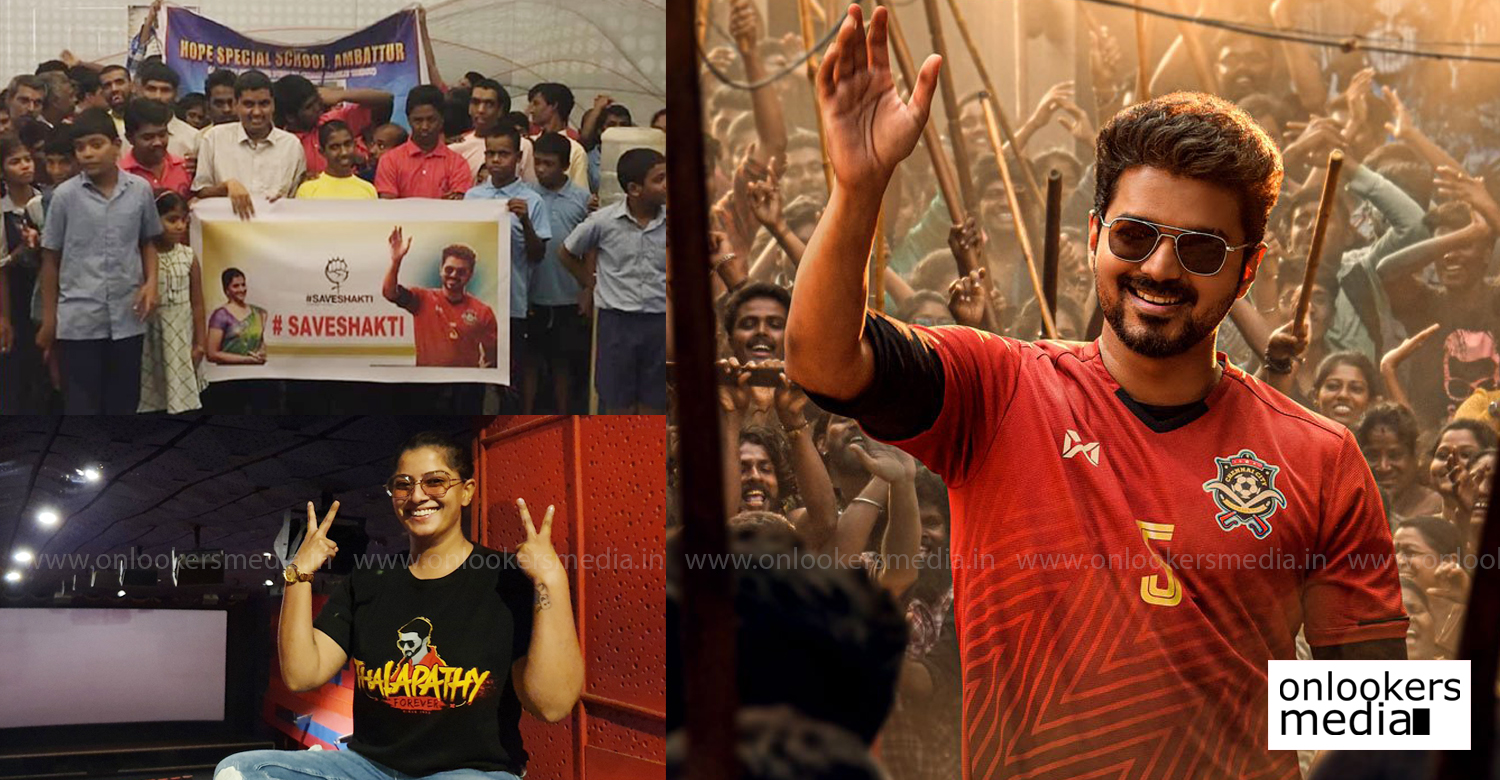 Varalaxmi Sarath Kumar is a huge fan of actor Vijay and the actress has always been open about her admiration for Thalapathy. Recently on the the release day of the star’s new film ‘Bigil’, Varalaxmi had shared a photo of her entering the theatre as the first person for the early morning show. Now that the initial rush is done with, Varalaxmi arranged a special screening of ‘Bigil’ for the kids in her Save Shakti foundation. ‘Bigil’ directed by Atlee is continuing its excellent run in the second week as well. The film has already crossed the Rs 200 crore mark and has emerged as the biggest grosser in Tamil cinema this year. Atlee’s packaging has ensured that the film appeals not just to the fans but to the general audience, particularly the families as well. Except in Tamil Nadu, ‘Bigil’ has already emerged as as a profitable venture in all the other domestic territories. In the home state, the break even status is certain to achieved by this week itself.

Dileep’s next with Joshiy titled as On Air Eapen
After Thalapathy 64, Lokesh Kanagaraj to direct Kamal Haasan
To Top