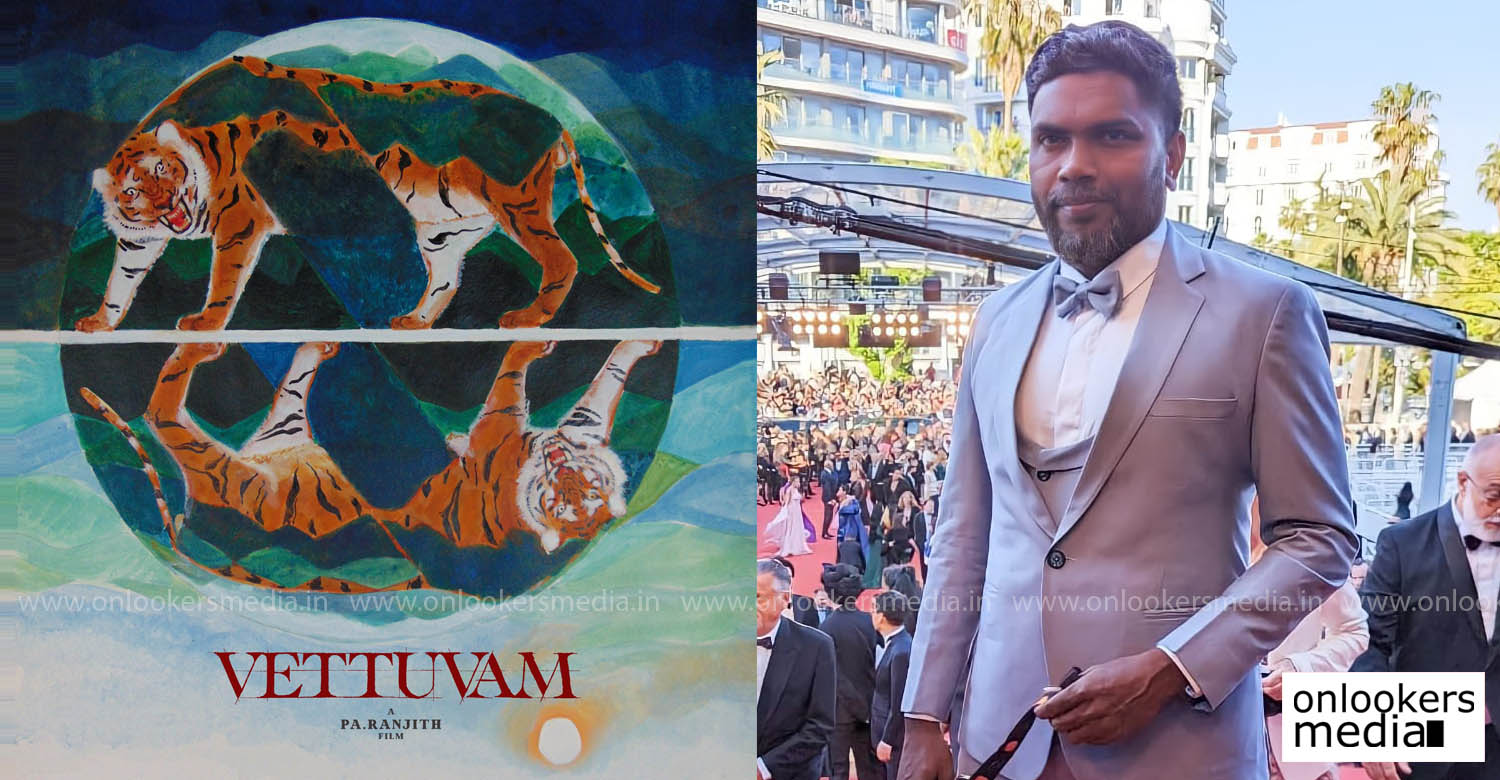 Vettuvam: Pa Ranjith launches his next at Cannes

Tamil filmmaker Pa Ranjith is currently attending the Cannes International Film Festival where his upcoming project Vettuvam is getting launched. Vettuvam (The Hunted), is an ambitious project, which is planned as linked film and series.

‘Vettuvam’ is centered around a rural gangster, a modern day Robinhood who surrenders to cops to evade his enemies, only to land in a prison which is even worse. Set mostly in the prison, ‘Vettuvam’ will focus on the protagonist’s fight against injustice.

‘Vettuvam’, the film will arrive first, followed by the series. The makers are targeting a 2023 release. This project is bankrolled by Golden Ratio Films in association with Pa Ranjith’s Neelam Productions.

Pa Ranjith’s next release will be ‘Natchathiram Nagargirathu’, a romantic entertainer starring Kalidas Jayaram, Dushara Vijayan in the lead roles along with Kalaiarasan, Harikrishnan and Shabeer Kallrakkal of ‘Sarpatta Parambarai’ fame.

The director is also planning to team up with Kamal Haasan for a new film.