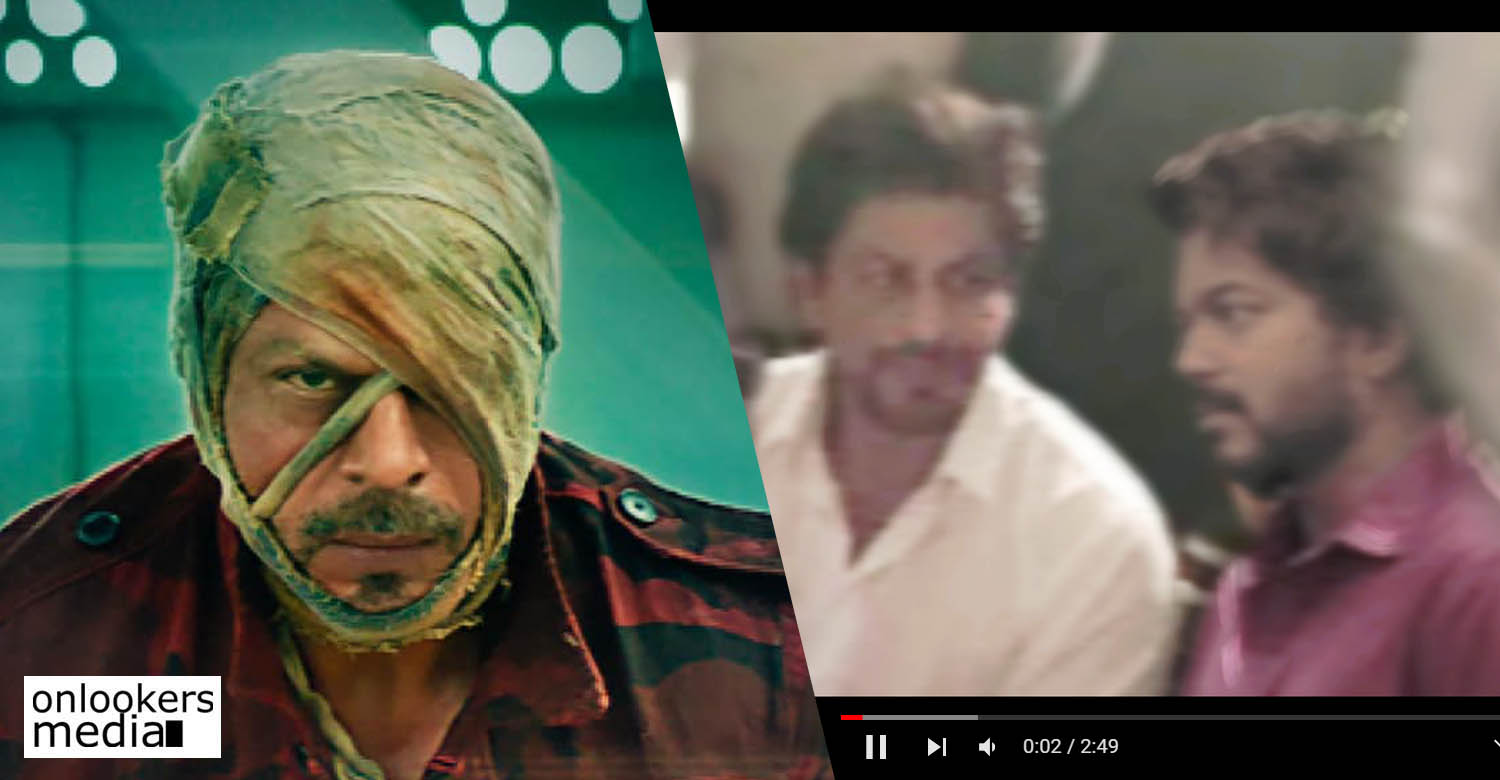 As we already know, Tamil filmmaker Atlee is making his Bollywood debut with ‘Jawan’ starring Shah Rukh Khan in the lead. Shoot for the film is current progressing in Chennai. Actor Vijay was recently spotted with Shah Rukh in the film’s sets. This has lead to speculations that Vijay will be making a cameo appearance in ‘Jawan’.

It is well known that Vijay and director Atlee are very close friends after having worked together in three films — ‘Theri’, ‘Mersal’ and ‘Bigil’. So the possibilities of Vijay acting in ‘Jawan’ can’t be dismissed as such. Vijay had earlier made a similar cameo appearance in Akshay Kumar’s ‘Rowdy Rathore’, directed by Prabhu Deva. ‘Jawan’, touted to be an action thriller, has Vijay Sethupathi in the villain role. Deepika Padukone is also reportedly playing a cameo role in the film. Nayanthara, Sanya Malhotra and Priya Mani are confirmed to be part of the cast.

Atlee’s regular collaborator GK Vishnu is cranking the camera for this film as well. Anirudh Ravichander, who had earlier composed the background score for Shahid Kapoor’s ‘Jersey’, is making his full-fledged Bollywood debut with ‘Jawan’. SRK’s Red Chillies Entertainment is backing the film, which is slated for release on June 2, 2023.