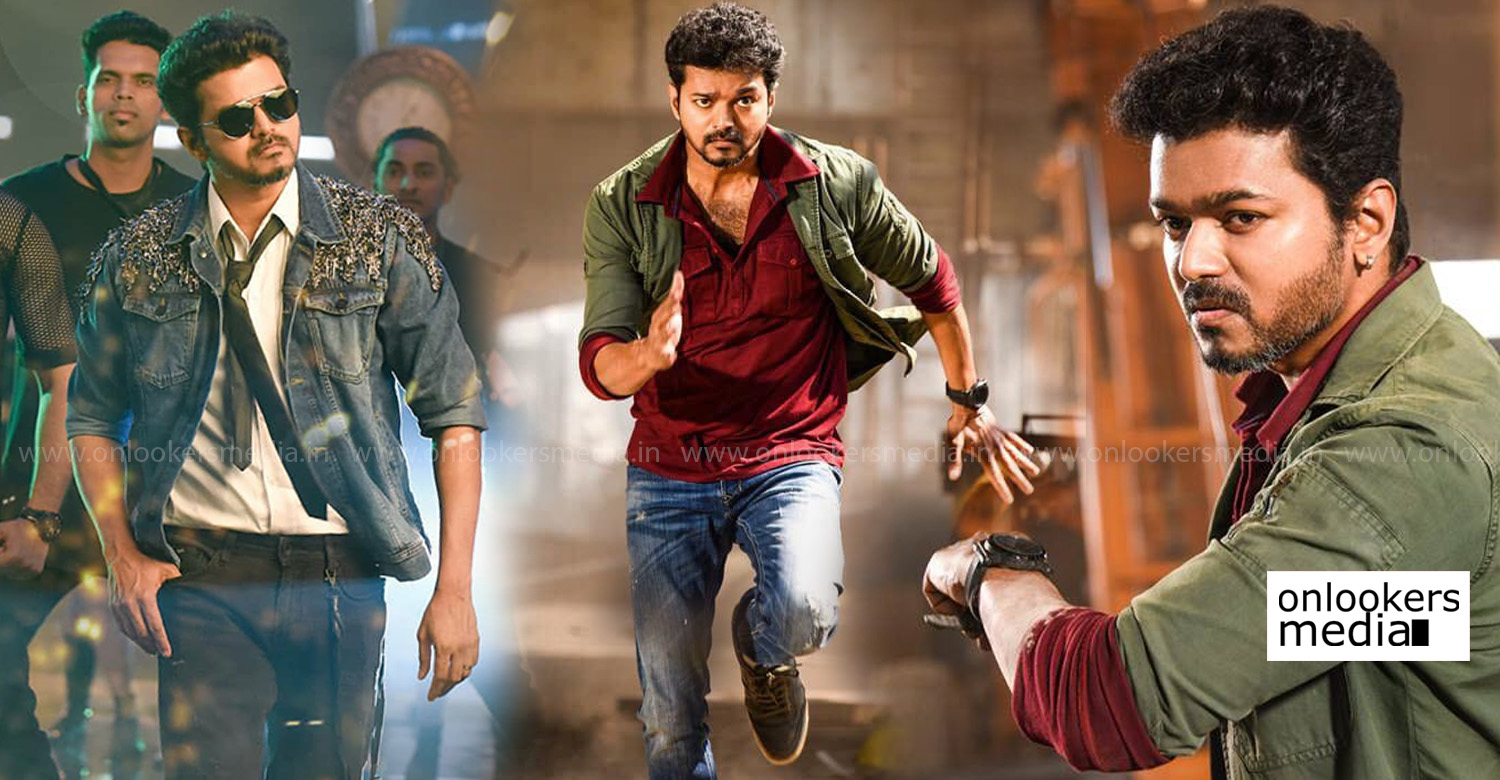 The year-long wait is coming to an end as Vijay’s ‘Sarkar’ is releasing tomorrow on Diwali day. The movie directed by AR Murugadoss marks their second time reunion after the blockbusters ‘Thupaakki’ and ‘Kaththi’. Naturally, expectations are huge for ‘Sarkar’ and it is evident from the massive pre-release bookings.

It is releasing in a whopping 400+ screens in Kerala, which is the bigger ever for any movie in the state. Over 300 fans shows have been planned, which again is a record. It is claimed that around Rs 3 crores have already been grossed already through bookings. Going by the unforeseen pre-release buzz, trade experts believe ‘Sarkar’ will emerge as the bigger ever opener in Kerala box office. Currently, ‘Baahubali 2: The Conclusion’ holds thr record for the highest opening day grosser in Kerala.

‘Sarkar’, written and directed by AR Murugadoss is publicized as a political thriller. The movie has been made based on on the recent political events in Tamil Nadu. It’s cast includes Keerthy Suresh, Varalaxmi Sarath Kumar, Pala Karuppaiah, Radha Ravi, Livingston, Yogi Babu, Prem Kumar and many others. Sun Pictures is producing the movie.

Asif Ali to star alongside Mammootty in Unda?
9 is not just a sci-fi flick, it’s also an emotional thriller: Prithviraj
To Top