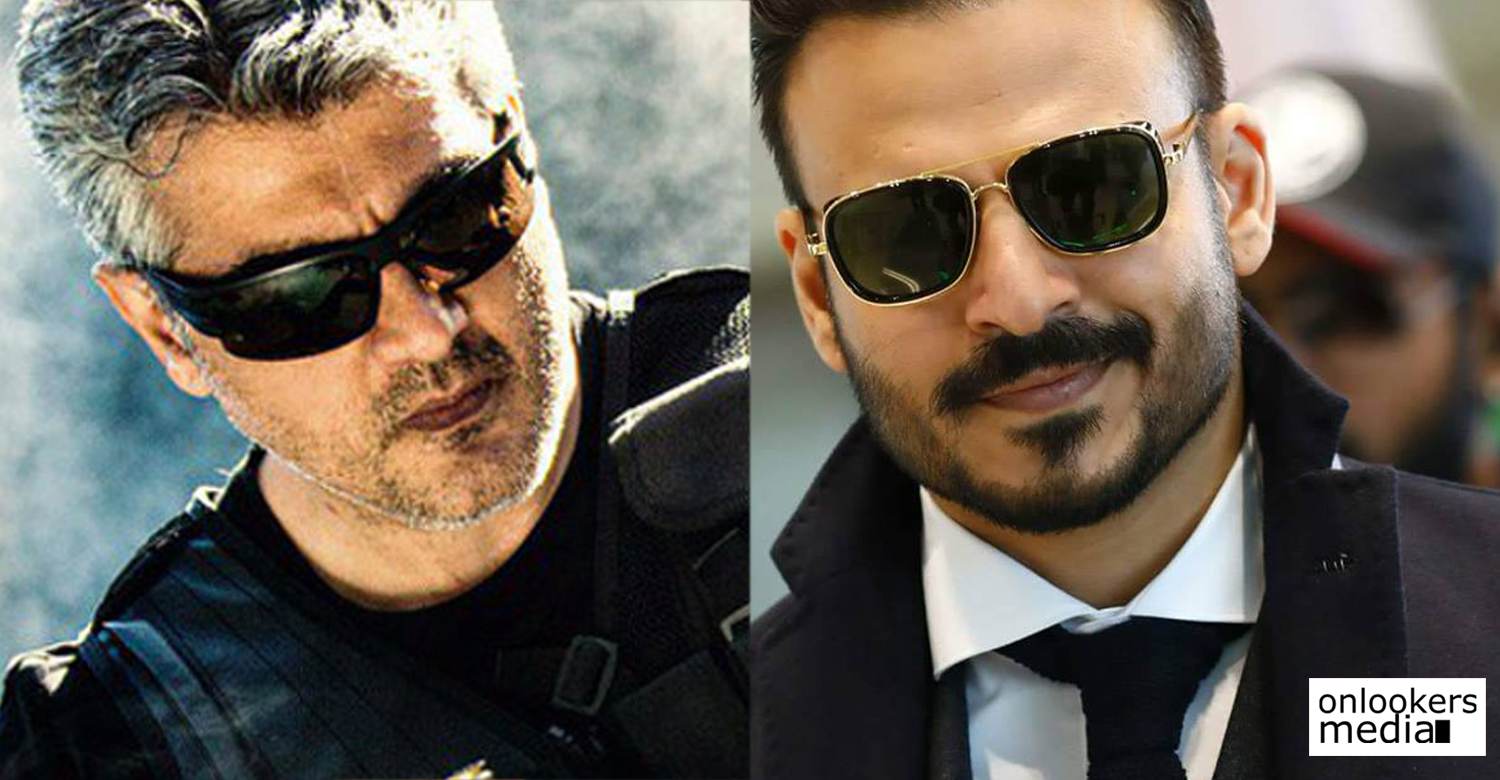 Vivegam is a notch above Veeram and Vedhalam: Vivek Oberoi

Thala Ajith’s highly anticipated movie Vivegam is all set for release on August 24. The movie marks director Siva’s third film with Ajith after Veeram and Vedhalam. Vivegam is a big budget movie made on an international scale. Bollywood actor Vivek Oberoi will be seen in a prominent role in the movie.

Vivegam is Vivek Oberoi’s debut Tamil film and he is highly fortunate to have grabbed an opportunity to act alongside such a big star like Ajith. In a recent interview, the actor was quizzed about the reason behind signing a Tamil movie.

He is quoted saying, “I am very choosy about the movies I pick. When Vivegam first came to me, I wasn’t so sure. It is not my natural language, double the effort, and the shooting will be in freezing cold countries. But with just 15 minutes of narration, I agreed. The passion with which Siva was narrating convinced me and I wanted to work with him. It was only after the entire narration, I went back and saw Veeram and Vedhalam. I could see the chemistry between him and Ajith. Both of them are great films but I personally feel Vivegam is a notch above.”

Vivegam is a spy thriller in which Ajith is playing the role of a foreign agent of an anti-terrorist squad. He has undergone a fantastic make-over for the movie by shedding down a lot of extra pounds. Kajal Agarwal is playing the female lead and Kamal Haasan’s younger daughter Akshara Haasan is also playing a pivotal character.

The movie is being made on a whopping budget of Rs 120 crores. It was shot across the globe in countries like Romania, Albania, Bulgaria and Serbia. Vetri has handled the cinematography and young sensation Anriudh Ravichander has composed the music. This big budget movie is produced by Satya Jyothi Films.