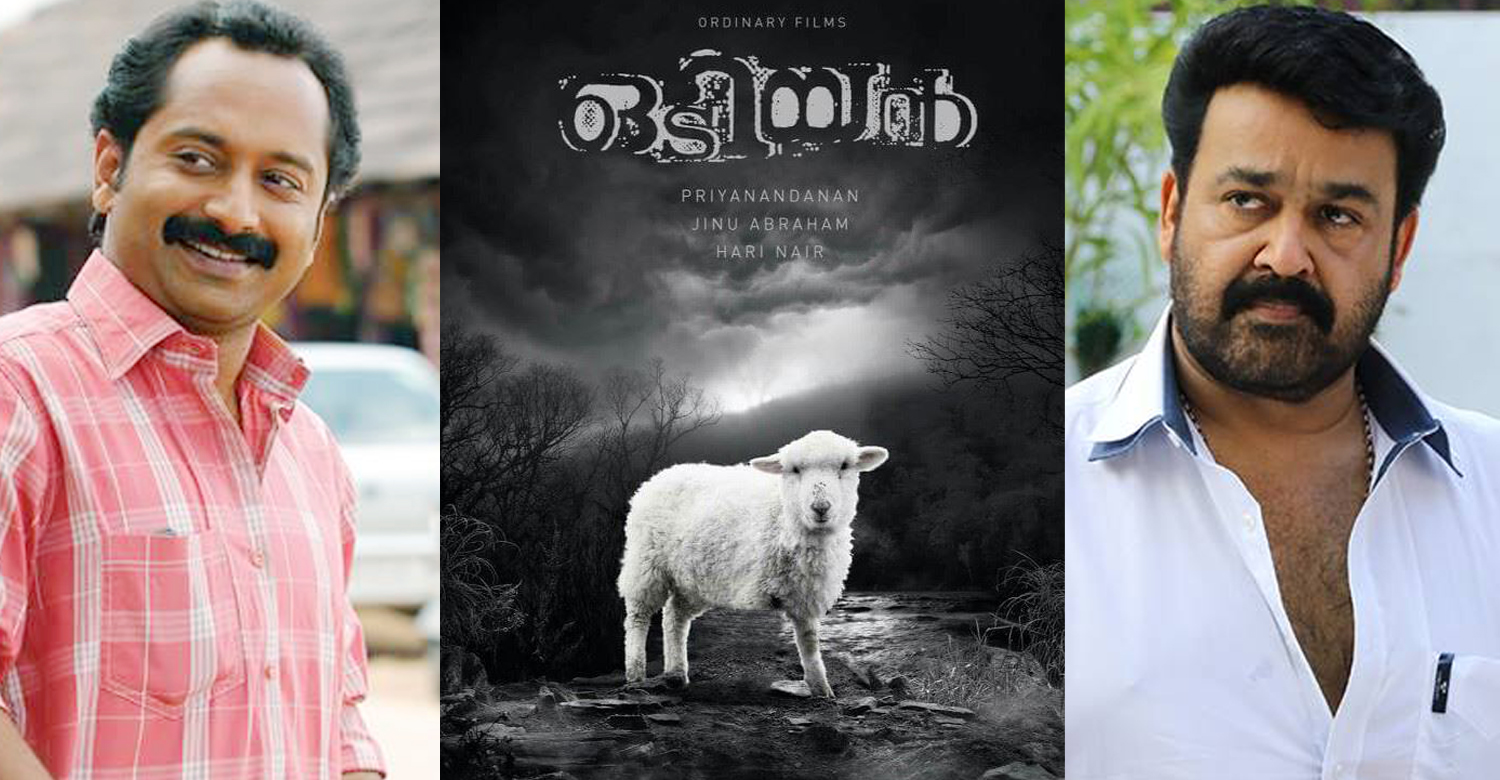 Mohanlal recently annouced his next movie after the ongoing B Unnikrishnan film Villain. Titled as Odiyan, the movie will be directed by popular ad filmmaker Shrikumar Menon, who will also be directing the epic historic drama Randamoozham.

It is reported that Odiyan is being made as the most expensive movie ever in Malayalam cinema and Mohanlal’s home production house Aashirvad Cinemas will be funding this movie which is all set to go on floors on May 25.

Interestingly, back in 2013, Odiyan was announced with Fahadh Faasil in the lead role. It was written by Jinu Abraham and was supposed to be directed by Priyanandan. National award winner Hari Nair was also roped in to handle the cinematography. An intriguing first look poster featuring a sheep was also released by the makers, Ordinary Films. However, the project could not take off and was later shelved.

We are not really sure whether it is the same Odiyan that Mohanlal has committed for. The Mohanlal starrer is written by national award winning scenarist Harikrishnan.

According to reports, Mohanlal’s Odiyan will be a story of love, revenge and myth. Folk tale has it that Odiyan is named after a man who is mastered in odividya, a black magic trick to tackle the enemies.

Apart from Mohanlal, another leading actor form Indian cinema will also be part of the cast. There are specualtions about Amitabh Bachchan sharing screen space with Mohanlal in this movie, but it has not yet been confirmed.

Manju Warrier is playing the female lead while Prakash Raj will be seen as a powerful antagonist role in Odiyan. The movie will be made with international standards with a foreign technicians working on the VFX department. Peter Hein will be choreographing the stunts.

We will update you with more information regarding Odiyan in the coming days. Stay tuned.

Working with Kamal Haasan in Vishwaroopam helped inspired me a lot in Take Off : Mahesh Narayanan
Baahubali 2 will mark the biggest ever release in Kerala
To Top