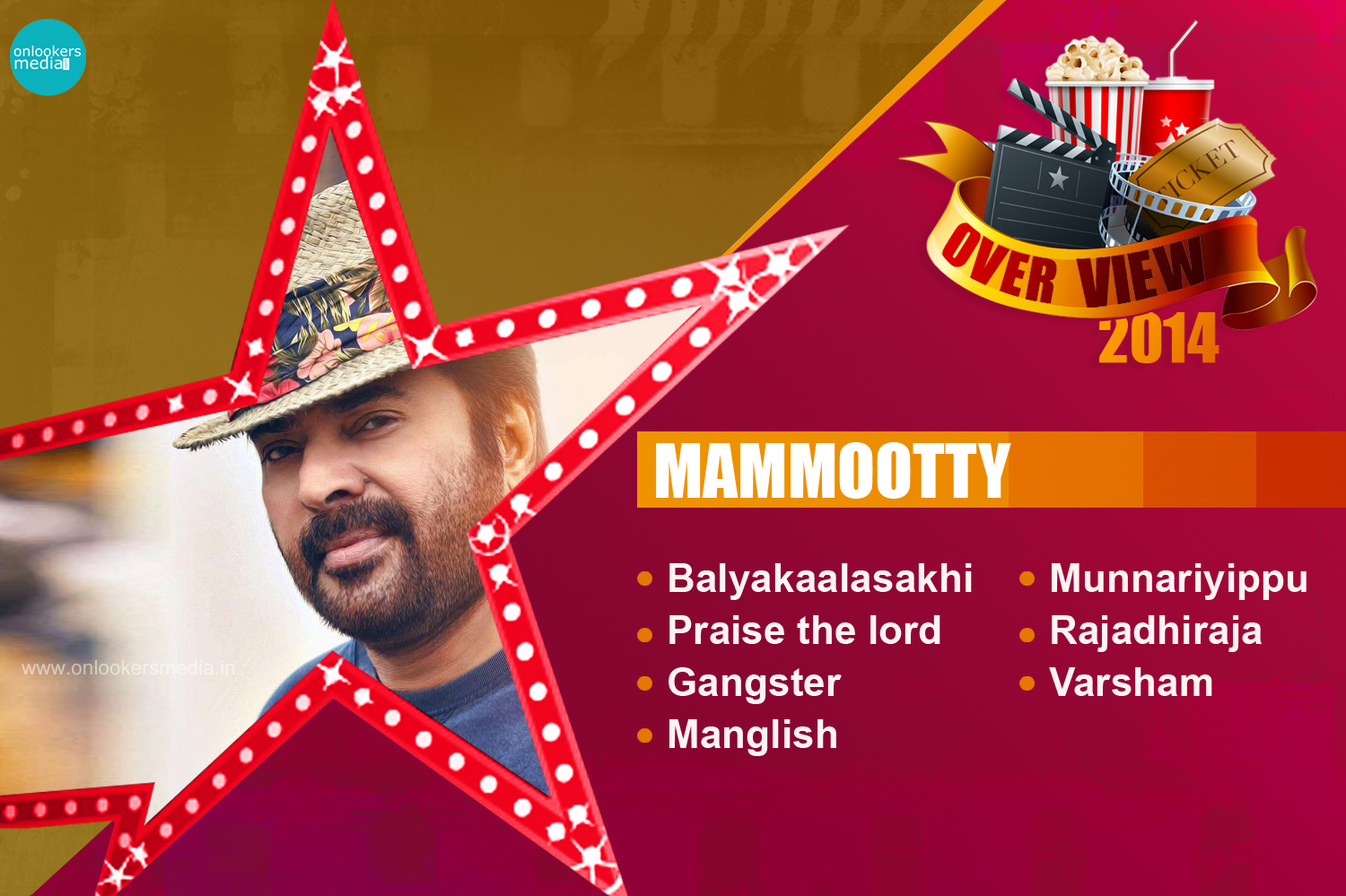 Mega star Mammootty was going through a patch of terrible form in last 4 years with almost all his films were bombed at the box office. It was such a stressful period in his career that he almost on the verge of losing his stardom and fan base with this terrible record. The first part of 2014 also was really disappointing For Mammootty as he witnessed back to back failures at box office.

Balyakaalasakhi
Mammootty has begun 2014 with ‘Balyakaalasakhi’, based on Vaikom Muhammad basheer’s famous story, which was directed by debutant Pramod payyannoor. The film had raised good expectation before its release but failed miserably at the box office.

Praise the lord
His next release was with another debutant director Shibu gangadharan, who made the film named “Praise the lord” based on the writing of famous writer Zakkariya. But it also ended up in utter failure much to the dismay of Mammootty.

Gangster
His third release this year was ‘Gangster’ directed by none other than Aashiq Abu and the film had raised such a sky high expectation that people really waited for this one to hit the screen. The trailers and teasers of the film had got viral. But the film ended as the biggest disaster in Mammootty’s career and Mollywood history with just only 14 days of theatrical run. People expected a film like Big B and Gangster was not upto the mark.

Manglish
His 4th release of this year was Manglish. Directed by salam bappu. Even though the film had got negative opinion it somehow managed to escape from the fate of being a disaster and touched the break even mark. It was an average success but had nothing new to offer.

Munnariyippu
The film that had changed his dilemma was his next release ‘Munnariyippu’ directed by Venu, which has got great appreciation from critics. Even though financial success eluded the film. Mammootty showed the signs of getting back on track through this film. It was a classical hit indeed.

Rajaadhiraja
His next one was a commercial potboiler named Rajaadhi raja and it gave him a much awaited hit even after the film has got negative word of mouth.  The usual film formula of Sibi-Udayan team was behind it .The film is an average success and it was really a welcome relief for Mammootty from the terrible times.

Varsham
And his last release this year was ‘Varsham’ directed by Renjith Sanker , the film had got great appreciation from critics and common audience alike. The film had got a hit status and thus Mammootty able to end the year with a good note.

He had high hopes on his 2015 releases and the first one will be ‘Fireman’ directed by Deepu Karunakaran. Another film he is looking forward is ‘Acha Dhin’ by Marthandan. We are wishing all the best for Mammukka for a grand year of 2015.