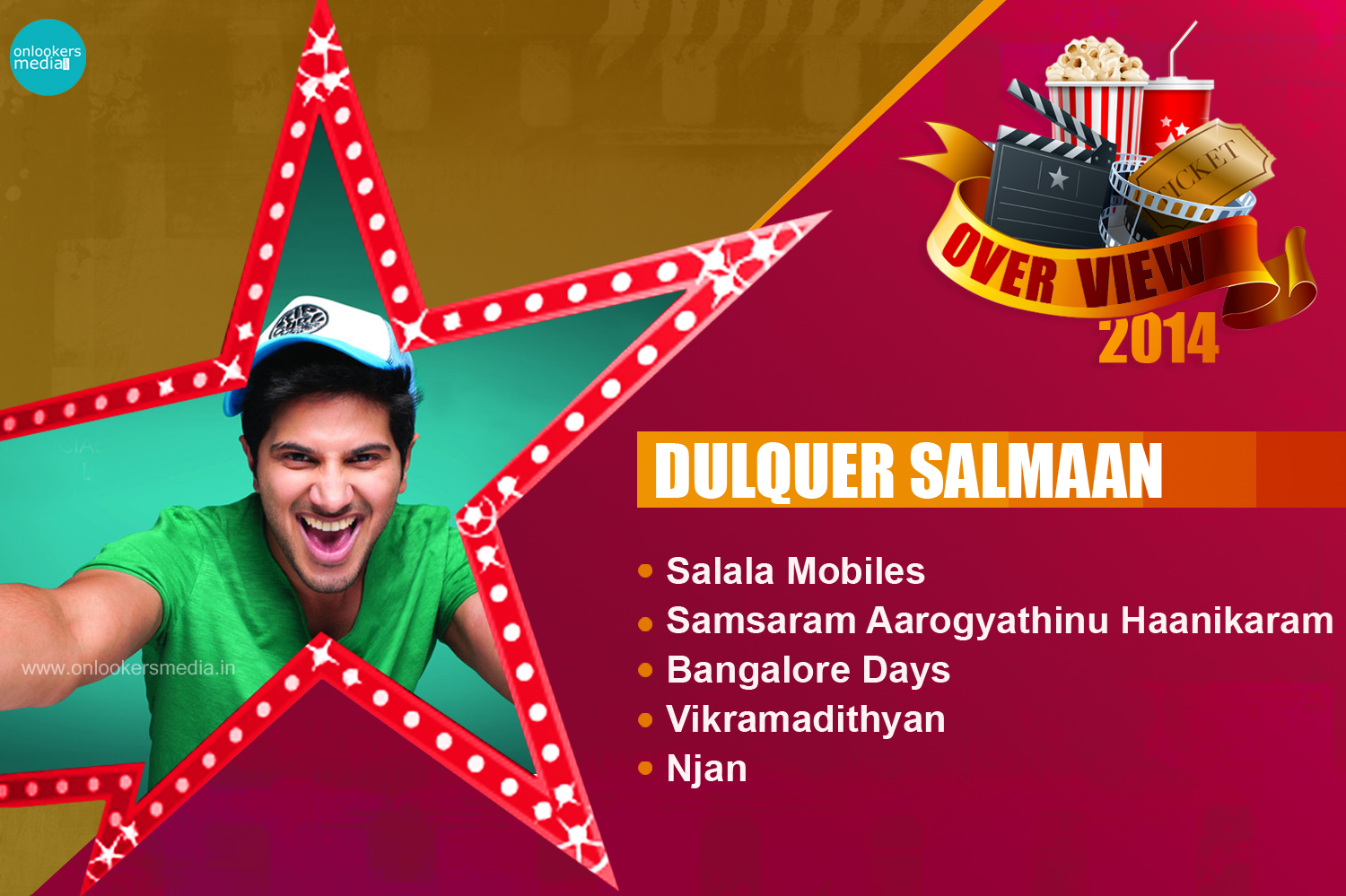 2014, A mixed bag for Dulquer Salmaan

Year 2014, has been a sort of mixed bag for young star Dulquer Salmaan in which had his own share of flops and hits. He also got some great opportunities this year. One such opportunity is that he got the chance to act as a main role of a renjith film and another one is that he is playing the lead role in the coming Mani Ratnam film ‘Okey Kanmani’ which is now on floors. Dulquar has got five releases this year.

Salala Mobiles
He had begun this year in the worst possible manner with a disaster. It is ‘Salala Mobiles’ directed by debutant Sharath M Haridasan, which was bombed at the box office.

Samsaram Aarogyathinu Haanikaram
The second one was ‘Samsaram arogyathinu Haanikaram’, helmed by Tamil director Balaji mohan and it ended as a disaster too in Kerala. It was actually a bilingual film and in Tamil it got released in the name of ‘Vaayai moodi pesavum’. There the film has got good critical appreciation and rather good response than that it received in Kerala.

Bangalore Days
His nest release was ‘Bangalore Days’ directed by Anjali Menon. The film also featured Fahadh Faasil and Nivin Pauly along with him and it become a blockbuster of the year. Apparently it’s the highest grosser of the year if we count Drishyam out of the equation as it is a 2013 year end release. Bangalore Days gave Dulquer a solace from continuous flops.

Vikramadithyan
Then comes his next hit which is Vikramadithyan, directed by none other than Lal Jose. Unni Mukundan also shared screen space along with Dulquer in this film. Even though the film has got mixed opinion, it had done exceedingly well at box office.

Njan
This one was the best film Dulquer had done in his career. It was the Renjith film ‘Njan’, in which he played the character of K T N Kottoor. His performance in the film is well appreciated by the critics. The film was not a financial success and it removed from theaters very soon. But the film had given him an opportunity show his caliber as an actor who can do challenging roles.

He had some Good, hopeful films to get released in 2015. One is the directorial debut film of veteran director Kamal’s son Jenuse Mohammad’s ‘100 Days Of Love’ and master craftsman Mani Ratnam’s  ‘Okey Kanmani’. We wish Dulquer best of luck for all his coming projects in 2015.