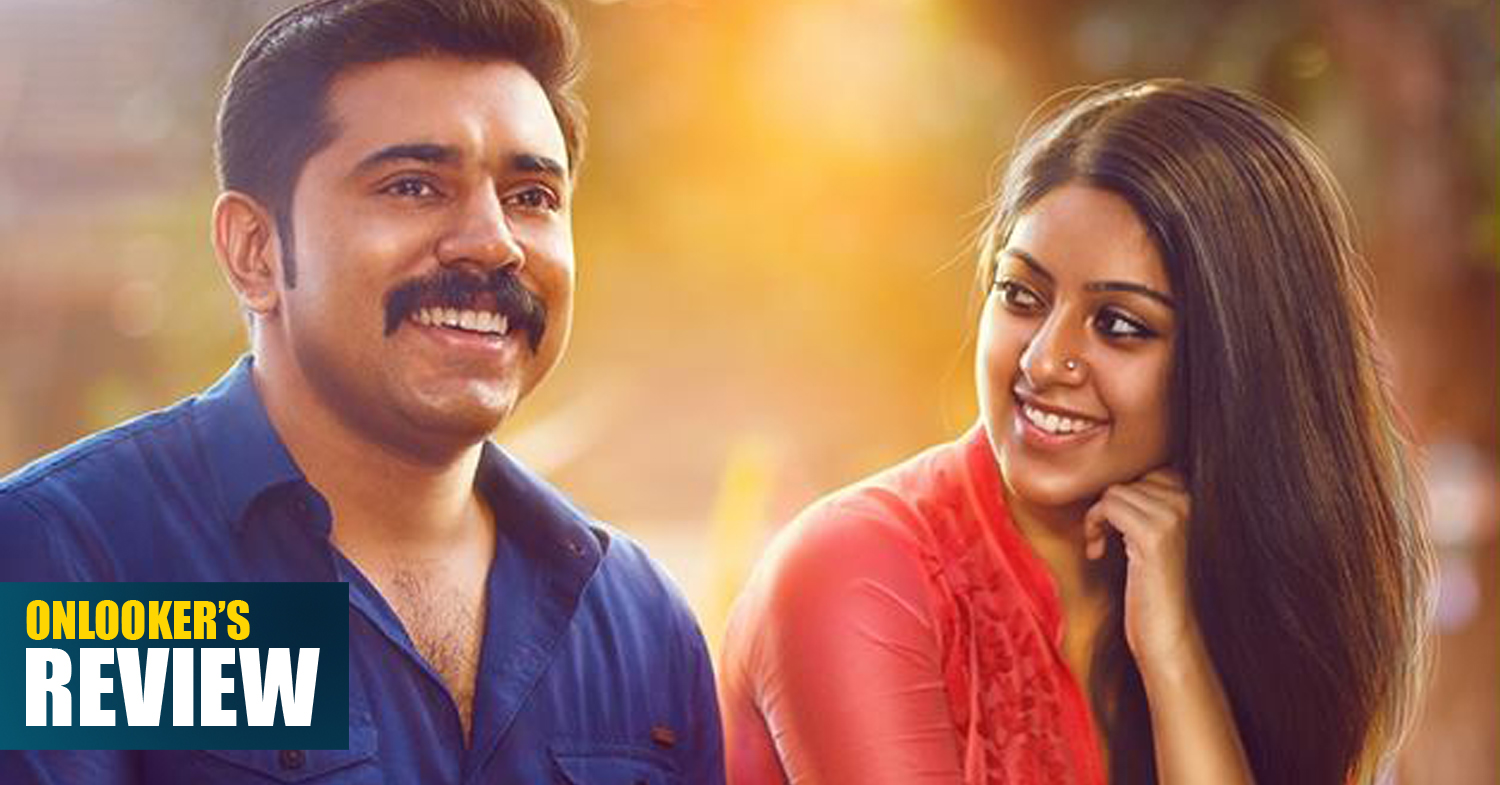 Action Hero Bjiu, undoubtedly one of the most anticipated movie in recent times here in Mollywood, had arrived today to grace the silver screens of Kerala. The film attracted the attention of the audience due to various reasons. Main one is that this is Young Star Nivin Pauly’s first release after the gigantic success that he got through the film Premam last year. He is having a winning streak now and everybody looks forward to this film to know that whether he will be able to continue his winning streak or not. The other factor is that made the film a much awaited one is the one who directed this film.

Abrid Shine who become one of the favorite film maker of Film Lovers here with his debut film named 1983 had directed this flick. 1983 also had Nivin Pauly in the lead and it had won him the state award for best actor and Abrid Shine also got best debut director award. Another factor also made it an anticipated one and it is the Police character Nivin Pauly plays in it as this is the first time he is playing a cop in his career and many believes that it is a step by Nivin Pauly towards becoming a super star.

The film centers around the title character named Biju Paulose, who is a sub inspector of police, played by Nivin Pauly. The film moves forward with the events happening in the daily life of a police officer named Biju Paulose who is honest and sincere in his service. He is good to common man and shows his bad side to bad people. His official life, romance etc were the main attraction of the plot. Have to say that Action Hero Biju is not made in a way in which usual police stories are made in Mollywood. There is a touch of realism in the making of this film and the character.

Abrid Shine had again succeeded in giving a film that gives us a feel of variety as well as one which entertains us. He had a correct idea about each and every single aspect of the story and narration of the story and that control was evident throughout the film. It had everything in it for fans as well as normal audience. It has the punch f a police story and at the same time the humor flavor that can make you relax while watching the life of a police officer unfolds before you. On performance side Nivin Pauly had showed us that he is not just an actor who plays in safe zone but is the one who has the capability of some heavy characters as well. He had really sizzled as Sub Inspector Biju Paulose. The dialogue delivery and overall attitude of his was goof as the cop and he managed to hold it right till the end.

Other artists like Joju George, Anu Emmanuel, Kalabhavan Prajod, Major Ravi, Saiju Kuruppu, Jude Antony Joseph, Sajan Palluruthy etc also done their part very well. Suraj Venjaranmood’s emotional scenes were too good as well and many newcomers also done well. Jerry Amal Dev’s music was good and he took us back to the golden era of Malayalam music through his tunes. Rajesh Murugeshan had given great background scoring and Alex Pullickal’s DOP was also fantastic as it really gave the feel that the director wanted it to create.

Action hero Biju is a different take on the life of a police officer and its really a refreshing one as well. It depends on how people takes it and that will decide the box office future of the film.