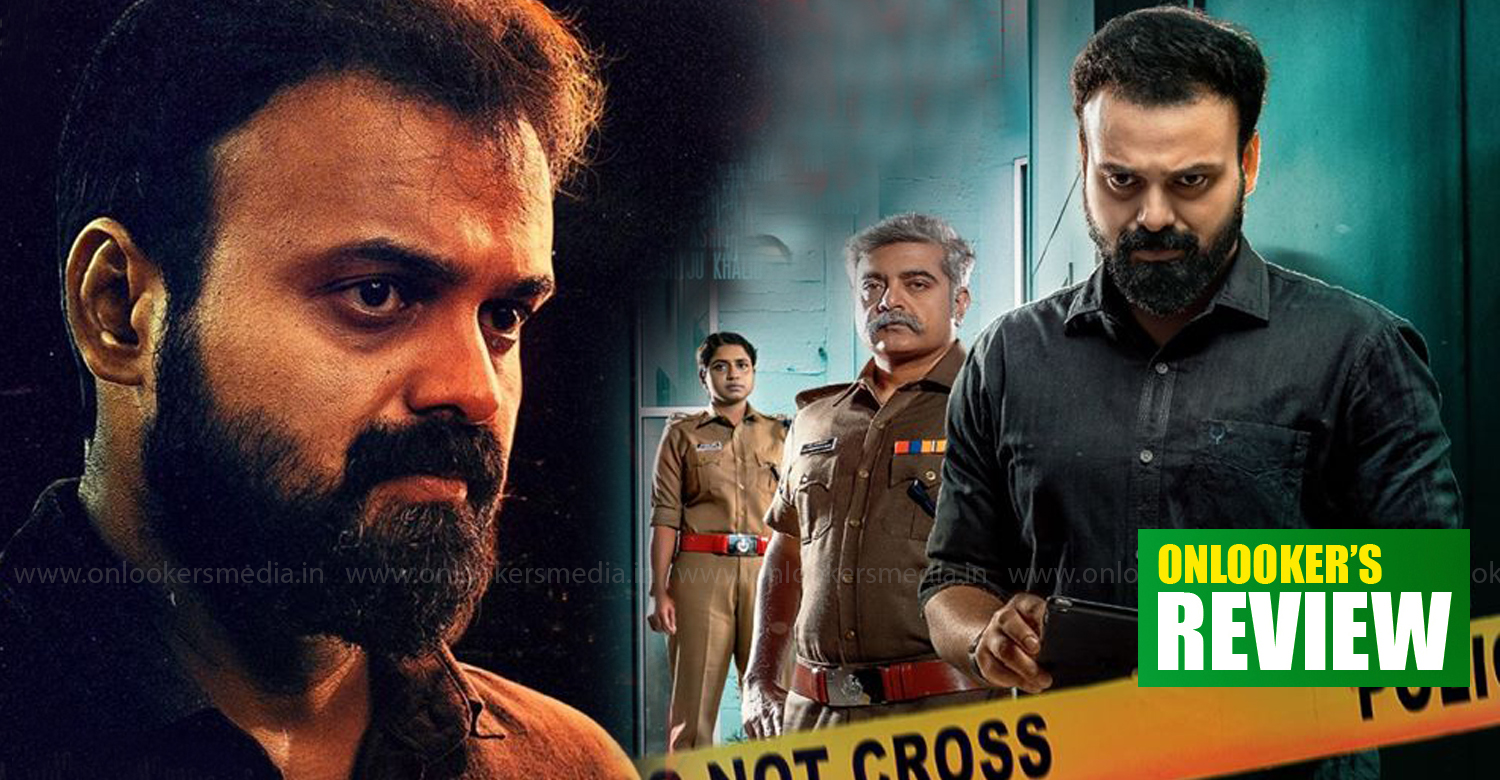 ‘Anjaam Pathiraa’ directed by Midhun Manuel Thomas is a crime thriller centred around a series of killings. We have Anwar Hussain, a psychologist who wishes to pursue a career in criminology. He voluntarily helps the Kochi police department in criminal cases that will be helpful for his PhD studies. The film starts off with Anwar meeting a serial killer Ripper Ravi. Director Midhun smartly plays the cards here. He knows the basic rule of a thriller film – deliver the unexpected. So when we are told that Anwar is about to meet a dangerous killer who has murdered 14 people, we, as a normal audience, will be expecting a well-built, strong person accompanied by a mysterious background score. But out comes Indrans with a cheerful smile. That is like an indicator to what is to come. Keep expecting the unexpected.

So, Kochi city is terrorized by abduction and series of brutal killings of policemen. A Special Investigation Team (SIT) is formed to crack the case and find the criminal. Anwar Hussain is also part of the team. From here, it is a thrilling cat and mouse game, where the killer is on the winning side on most instances. Midhun has smartly scripted a thriller with zero space for unwanted drama and the so-called commercial elements like romance track or songs. Even though Kunchacko Boban’s Anwar Hussain is the lead man, there is hardly any heroism or extra build up for him. He is just like any other person in the SIT.

That is another striking aspect of the film. Usually, in investigative thriller films, there’s a template filmmakers tend to follow. There will be a highly intelligent officer (obviously the protagonist), couple of obedient subordinates, an egoistic, nauseating colleague — in most cases, a superior — and at times, even a naive officer who will be reserved as the scapegoat.

‘Anjaam Pathiraa’ differs as the makers have opted a sensible treatment. The SIT members are equally efficient and devoted in their mission. Occasionally, there comes an aggressive superior but that is justifiable considering the pressure situation the force is under. However, there are some stereotypes like Sreenth Bhasi’s character Andrews. It is a typical portrayal of a hacker — the spectacled, bearded guy with an urban slang. Also, the flashback segment had a lack of freshness. Amidst all this, Midhun has also tried to convey his progressive thoughts through scenes like a wife driving the car with her husband sitting beside her, Unnimaya casually sipping a glass of beer with her colleagues and the final moment of glory where she comes in slow-motion.

Performance wise, Unnimaya, Jinu Joseph, Abhiram, Harikrishnan and Sreenath Bhasi have all done justice to their roles. A thriller film works only when the audience are able to feel the lead actor’s tension and Kunchacko Boban’s thoroughly refined performance works big-time. Special mention to actors like Jaffer Idukki and Indrans, who deliver splendid performances despite the minimal screen time.

Midhun Manuel Thomas got half the job done when he assembled an accomplished technical crew. The talented trio of Sushin Shyam, Shyju Khalid and Saiju Sreedharan uplift the film with their brilliant works. Shyju’s handling of the night visuals is very impressive as he shows the length and breadth of Kochi city from top angels. Sushin Shyam’s terrific background score and the atmospheric sound design by Vishnu Govind and Sree Sankar amplifies the thrill factor immensely. Saiju Sreedharan’s edits are in proper sync as he doesn’t rely on flash cuts but smart tension building. Over the last few years, Malayalam cinema has had a real dearth in well-made thriller films. So in that sense, ‘Anjaam Pathiraa’ puts an end to a long wait. Director Midhun Manuel’s huge leap from comedy and feel-good films to a thriller like this deserves a big round of appreciation.